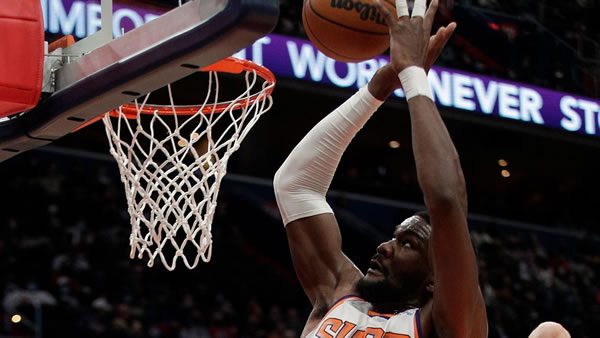 The Warriors are coming off a 130-125 win over the Kings. Although they came away with a
straight up win, it was not enough to cover the spread as they entered as 10-point favorites.
Golden State benefited from holding a substantial first half lead, as the Kings actually
outscored the Warriors in the second half. In the win, Stephen Curry led the team in scoring with
33 points on a field goal percentage of 50.0%.

The Suns come into today’s matchup with an overall record of 2-1. So far, the team has gone
1-2-0 against the spread.

The Suns will look to keep things rolling, as they previously beat the Clippers by a score of
112-95. Heading into the game, they were 1 point favorites on the spread, giving them an ATS win.
Phoenix played well enough in the second half to prevent the Clippers from making things
interesting down the stretch, as they led by 20 going into halftime. In the win, Devin Booker led
the team in scoring with 35 points on a field goal percentage of 61.9%.

Through 3 games, the Warriors are averaging 125.3 points per contest, placing them 15th in the
NBA. When looking at the team’s pace of play, the Warriors are currently below the league average
in possessions per game, averaging just 109.2 per contest. Their slower style of play has created
fewer offensive opportunities, leading to them being ranked 18th in fields goals made per
contest.

Against the Suns, the Warriors will need a stronger defensive effort as they are ranked just
26th in points allowed.

Stephen Curry could be in line for a big game vs the Suns as they were one of the worst units
at defending point-guards in the 2021-2022 regular season.

The Suns come into today’s game as the 25th ranked scoring offense at 110.0 points per game.
So far, the Suns are averaging 98.0 possessions per game, which places them below the NBA
average. If the Suns’ offense is going to turn things around, they will need to either generate
more possessions or improve their overall efficiency. Currently, they are just 16th ranked team
in 3-point shooting percentage.

This season, the Suns defense is ranked 23rd in points allowed. So far, opposing teams are
averaging 113.04 points per game vs the unit.

A key matchup to watch is if the teams leading scorer Devin Booker will be limited at all by
the Warriors, who are on the NBA’s top teams at limiting the scoring of opposing shooting
guards.

I’ve watched every Suns game this season and I’m absolutely dumbfounded at how good their
defense is. I’m laying the points with Chris Paul and Devin Booker tonight!