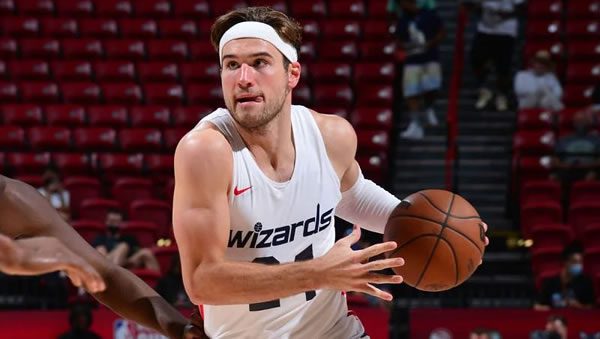 Most recently, Washington lost to the Nets by a score of 113-107. Kristaps Porzingis and his 27 points was not enough for the team to pull out a win as 5-point underdogs. The Wizards also finished with an ATS loss in the game.

Charlotte most recently lost to Celtics by a score of 140-105. The team high 24 points from Jalen McDaniels was not enough to come home with the win. The Hornets’ were 11-point favorites going into the game.

In the most recent matchup between the two teams, the Wizards picked up the win 108-100 win over the Hornets. Heading into the game, Washington was the 2.0 point underdogs, giving them an ATS win. So far this season, the Wizards have a record of 2-0 vs. the Hornets. Through the last five matchups between the teams, Charlotte has an ATS mark of 3-2.

Coming into the game, Washington’s offense is ranked just 21st in scoring at 110.4 points per game. This has come while being the 19th-ranked unit in pace. So far, the Wizards are averaging 98.5 possessions per contest. Washington comes into the game ranked just 21st in 3-point attempts per game. So far, they have connected on 34.1% of their shots from deep, which places them 24th in the NBA. On defense, the Wizards are allowing an average of 112.0 points per game, placing them 16th in the league. So far, teams have shot 35.92% on their looks from outside vs. Washington. This figures places them 21st in 3-point shooting defense.

Kristaps Porzingis comes into the game as the team’s leading scorer at 21.6 points per game. While Kyle Kuzma has also provided an offensive punch for Washington while grabbing eight rebounds per contest.

For the season, Charlotte is averaging just 109.2 points per game, which is 26th in the league. This below-average production has come despite being one of the faster-paced teams in the NBA (7th). Charlotte’s 3-point shooting numbers are below the league average, as they have hit just 32.0% of their looks from deep. On average, the team gets up 32.5 3-point shots per game, placing them 17th in the NBA. Defense has been a struggle for Charlotte, as they are currently just 114.89 in points per game allowed. The team’s 3-point shooting defense has been a problem this year. So far, opposing offenses have hit 36.29% of their looks from the outside.

The Hornets’ offense has been reliant on Kelly Oubre Jr. and his 19.7 points per game which leads the team. Second on the team is P.J. Washington, who is averaging 16 points per contest.

The Wizards are 1-5 in their last six road games. The Hornets aren’t a great team right now but play well at home, especially as of late. I’m betting the Hornets at +3.5! Bet your NBA picks for FREE this week by scoring a 100% real cash bonus up to $300 when you use promo code PREDICT100 at MyBookie Sportsbook!