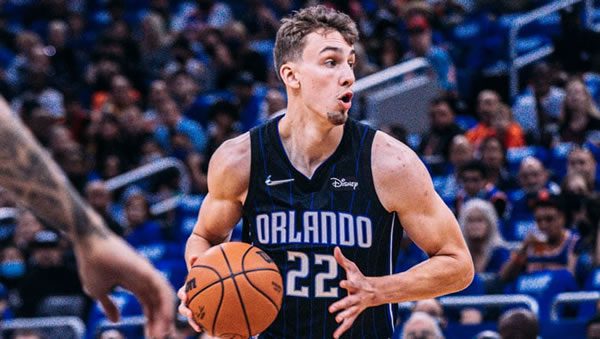 Point Spread: WAS -6.5/ ORL +6.5 (Did you know that you could be betting on games at -105 instead of -110? Imagine how much money you would have saved last year! TONS! Be wise! Save money in 2023 and moving forward! Make the switch to reduced juice NBA betting at BetAnySports!)

Heading into the game, Washington is 15-21 overall. When taking to the road, Washington has a mark of 5-14 and a win percentage of 26%. Currently, the team is 12th in the Eastern Conference. So far, they are 15-20-1 vs. the spread. In their matchup against Orlando, the Washington Wizards have won 3 straight games and will look to push that mark to 4 in a row.

Washington will be looking to build on their most recent win over the Suns. Rui Hachimura led the team to a win with his 30 points. The Wizards were 2 point underdogs on the spread, giving them an ATS win.

Heading into the game, Orlando is 13-23 overall. When playing at home, Orlando has a mark of 9-10 and a win percentage of 47%. Currently, the team is 13th in the Eastern Conference. So far, they are 19-16-1 vs. the spread. The Magic need a win in today’s matchup vs. Washington to avoid their 3rd straight loss.

In their last game, Orlando was defeated by the Pistons with a score of 121-101. Despite Franz Wagner scoring 19 points, the team was unable to come out on top. Going into the game, the Magic were 1-point favorites.

This year, the Washington offense is not only near the NBA average in points at 111.8 points per game, but they are also playing at a pace similar to the league average. So far, the Wizards are ranked 20th in possessions per contest. Washington has struggled with their 3-point shot this season, as they are currently ranked just 23rd in 3-point shooting percentage at 34.4%. In addition, they are near the bottom of the league in attempts, at just 31.6 attempts per contest. On defense, the Wizards allow an average of 112.0 points per game, placing them 16th in the league. So far, teams have shot 35.92% on their looks from outside vs. Washington. This figure places them 21st in 3-point shooting defense.

As the Wizards prepare for today’s game, Kyle Kuzma is their leading scorer, with an average of 21.6 points per game. This season, Kuzma has a field goal percentage of 46.6%. The team’s second-leading scorer is Kristaps Porzingis, who is averaging 21.9 points per game.

This season, Orlando is averaging just 110.0 points per game, which places them 27th in the league. A major reason for these low numbers is the fact that they play at one of the slower paces in the NBA, at just 98.4 possessions per game. Orlando comes into the game ranked just 26th in 3-point attempts per game. So far, they have connected on 34.6% of their shots from deep, which places them 25th in the NBA. On defense, the Magic are allowing an average of 112.23 points per game, placing them 20th in the league. So far, teams have shot 36.62% on their looks from outside vs. Orlando. This figure places them 27th in 3-point shooting defense.

Franz Wagner is the top scorer for the Magic, with an average of 19.7 points per game. This season, his field goal percentage is 47.8%. Paolo Banchero is the team’s second-leading scorer, averaging 20.9 points per game.

The Wizards have quietly been getting hot. I liked them even with Beal questionable and without the suspensions. However, with a 6.5-line move, I’m changing my pick from minus the points to betting the Wizards on the money line. Place your NBA bets for FREE this week by scoring a 100% real cash bonus up to $500 at the web’s oldest and most trusted online bookie: Everygame Sportsbook! Simply enter promo code PREDICTEM on their Special Offers page after making your first deposit and before placing your first bet and your balance will be automatically updated!