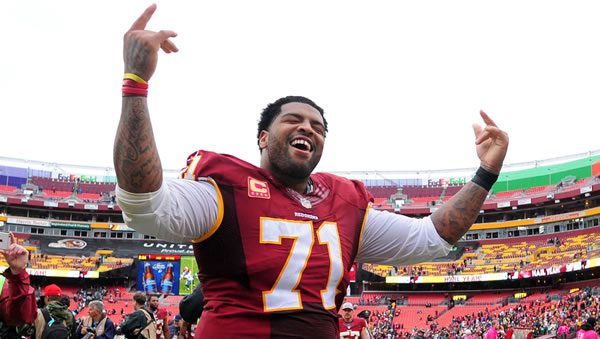 The San Francisco 49ers take on the Chicago Bears at Soldier Field on Sunday in week one of the NFL regular season. It’s a time of hope for both teams. Some may have forgotten that the Niners made it all the way to the NFC title game last season. The Bears, conversely, had a lot of things go wrong in a 6-11 season in 2021, and they hope that some moves and more development from QB Justin Fields can get things pointed in the right direction after a rough last couple of years. Let’s get into this one and see who can get the cover at Soldier Field.

Can the Bears Surprise?

When one really looks at it, a 6-11 record wasn’t even as bad as the hopelessness the Bears seemed to represent last season. The defense would sometimes show up, but Fields’ season was considered a letdown, and there wasn’t much in which to get excited. The injuries were numerous, and nothing really seemed to click. New head coach Matt Eberflus could add something and at least get that edge back on the defense. And looking at their offense, there are some lower-key pieces where it wouldn’t be that earth-shattering if they delivered. RB David Montgomery has shown flashes of big-game potential, and second-year Darnell Mooney could be a star in the making and a real legit deep threat. Byron Pringle (questionable) could be an acquisition that pays off after he was a bit muted in the crowded Chiefs’ offense. And an at least slightly improved O-line could come around, though it remains a sticky issue.

On one hand, a lot of familiar faces litter this roster. On offense, it’s still Deebo Samuel and George Kittle. The run game is still strong, and they’re hoping for a boost from Brandon Aiyuk in his third season. The other side of the ball has stars up front in Nick Bosa, Arik Armstead, and Javon Kinlaw, with difference-makers like Fred Warner in the middle and a deep secondary. With any kind of good breaks in the health department, they should be good this season. But we’ll see if all comes off with Trey Lance taking over the starting duties. And sure, Jimmy Garoppolo is still looming if everything goes wrong, but it looks like they’re going to give it a whirl with Lance.

This does a few things to the Frisco offense. And while Lance showed flashes in some of his spot-work in 2021 with his throwing arm, the common belief is that Lance’s presence will lend itself more to a running offense. That could mean we see Deebo Samuel more in the role of a running back at times, which I’m not sure is the best way to let him shine. It could lead to more true receiver work for Aiyuk, and Kittle is still a handful. Eli Mitchell showed his fangs last season, and with some other youngsters joining the fray, the Niners are adept at keeping mouths fed in the backfield. Either way, the presence of Lance leaves this offense with a bit of a question mark.

While this is at home for the Bears, they face some challenges this week that might surpass what exists on paper. First off, the 49ers are very well-coached. Shanahan has a knack of extracting a lot out of what he has. Not a lot on that team really suggested a conference championship game participant last season, and they were there. They’re a resourceful bunch whose true worth exceeds the general read on their individual parts. And it being week one means the injury bug hasn’t had time to descend and do damage yet, with the Bears getting a healthy, full-fledged Niners’ squad on Sunday. For a Niners’ team looking to get their offense untracked, this could be an advantageous spot against a Chicago defense that has fallen from grace, especially against the run.

It’s not an easy game in which to get a read. You think you know what you’re getting from the Bears in a sense, but with Eberflus in as head coach, some new pieces, and a new philosophy, who knows what we’ll see? Can this defense regain its teeth? Will Fields make a move forward? And with the 49ers, can their offense stay on point with Lance at the helm? Will a perceived greater reliance on the run render them a team in a transitional state? Can their defense stay healthy and continue to do their heavy share of the lifting? Or was their formula for success a more delicate one that has now been disrupted? Will Lance hit the ground running, or will the Niners be a work-in-progress that develops more over the course of the season? Can the Chicago pass defense, a group growing in strength, make San Fran a bit one-dimensional in this spot?

Even if I’m inclined to believe that Chicago will show some positive signs this season, I’m not sure we’re going to see the full manifestation of that on Sunday against the Niners. It’s a tricky road spot to open the season for the 49ers, a little out of their wheelhouse. The Bears are a bit of a mystery, even if one is inclined to relegate them as a bottom-half conference team. We simply won’t know until we know, and against a San Francisco team in a bit of flux themselves, that’s enough to reserve a little judgment. Nevertheless, I see the Niners getting out of Soldier Field with the win and cover on Sunday. I’ll take the 49ers in this one.

Loot’s Prediction to Cover the Point Spread: I’m betting on the San Francisco 49ers minus 7 points. Bet your Week 1 NFL picks for FREE by taking advantage of a 100% real cash bonus when you use bonus promo code PREDICTEM at the web’s oldest and most trusted sportsbook: Evergame!