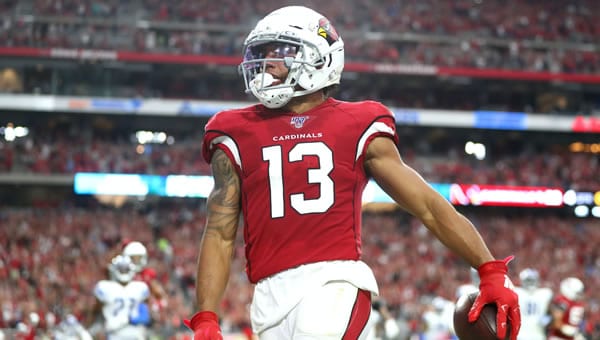 The Arizona Cardinals take on the Detroit Lions on Sunday in week 15 NFC action. For the Cardinals, a team striving for big things, this appears to be a manageable road spot against a team with a symmetrical record in 1-11-1, but an ugly one. But despite an ugly 38-10 road loss to the Broncos last week, the Lions have actually been solid, with an 8-5 record against the spread. And they’re back in their stomping grounds this week against a Cardinals team that faltered a bit on MNF, losing a 30-23 affair to the Rams. Looking to avoid back-to-back defeats, they come into Detroit on the short week with atonement on their minds.

It would be hasty to say so, despite their overall record indicating they’ve long since faded. Leading into last week, though, they had been pretty solid, albeit winning just that one game a few weeks ago against the Vikings. And they were out of their wheelhouse last week in Mile High in an unfamiliar stadium against a good defense, so maybe it’s not a good time to be judgmental. But how can you not? Many of these recent covers have come against teams prone to bottoming out, something we don’t see that often from Arizona. And that might be doubly the case when playing with the stakes that are now on the table for the Cardinals.

You have to wonder if a Lions’ defense we’ve seen hold their own in the NFC North at times and with some other inconsistent teams can withstand the run/pass juggernaut that is the Cardinals. We’ll also see if Jared Goff, a Detroit run game whose lead back last week was utterly-anonymous, and a receiver crew devoid of star power can keep pace with what may be the most-versatile offense they’ve faced this season. And sure, as of press time, we don’t know the exact statuses of D’Andre Swift or TJ Hockenson, but suffice to say it’s not a rosy scenario for Detroit when going against the better teams in the league who can’t really afford to take their foot off the gas.

Scrappiness, close games, and strong effort aside, there’s a reason the Lions have one win heading into week 15. On offense, the thing they do best and the source for most of their minimal offensive spurts this season is in question with their top two backs injured. Conceivably, this would be a spot where a run-game at home could work well for Detroit, and they might not be able to rely on that. Expecting Goff and a sometimes-anemic aerial attack to take hold against a robust Arizona pass-defense this week could backfire.

Getting run over on defense more often than not by the opposing ground-games hasn’t helped Detroit’s cause any, either. Just in the last month or so, we’ve seen numerous running backs put up big days against this defense, with Najee Harris, Nick Chubb, and Alexander Mattison getting off in a big way against this bunch. Last week, two backs delivered against the Lions, with Melvin Gordon and Javonte Williams both scoring two TDs each. With Arizona RB Chase Edmonds perhaps rejoining the fray, along with the contributions of QB Kyler Murray and TD-machine James Conner, this shakes out as a potentially-troublesome spot for this Lions’ defense.

There could be some fallacy involved when thinking a loss the prior week boosts a team’s chances the next week. But if the Cardinals had gone ahead and clinched the division last week, you could start to make a case for a let-up this week, perhaps. But more setbacks would put their division lead in peril, and an uneven close to the season could take them from a potential top-seed to a wild-card team. So any complacency that the Lions might have been counting on if the Cardinals won last week won’t likely be present on Sunday. After a game where we saw Arizona coach Kliff Kingsbury perhaps not at his best in the decision-making department, I’d expect a more-robust effort this week from all involved.

Arizona has an offense that might be unlike any the Lions have faced this season. With Chase Edmonds may be getting back into the mix, they have a powerful run-game along with Murray and Conner. Their options in the passing game are numerous, with at least three receivers who would be the top option if they played for Detroit. The Lions have been adept in spots in stopping an option or maybe a few of them. With all the variety on the Arizona offense, though, they will likely be stretched thin at points in this game. A Detroit secondary that can be decent against a limited aerial scope will be pushed against an offense with numerous viable targets. And a truly substandard run defense should also be up against it in a big way.

Detroit has been tougher than expected in many games this season. Time and again, you expect to see a certain team when betting against them, and they’re often better than anticipated. That’s something that could again surface this week. They’ve been doing it all season, and maybe Arizona has taken a small step back from the team we saw earlier in the year. But a four-touchdown loss to Denver last week should raise eyebrows. Combine that with some injury concerns, along with what might be a heightened sense of urgency from the Cardinals as they look to snap back into top-form for a playoff push, and I see this shaking out as a tough spot for the Lions. I see the Cardinals cruising home a winner and covering the spread in the Motor City.

Loot’s Prediction to Cover the Point Spread: I’m betting on the Arizona Cardinals minus 13.5 points. Don’t forget to check out the rest of our Week 15 NFL picks! We cover EVERY game!