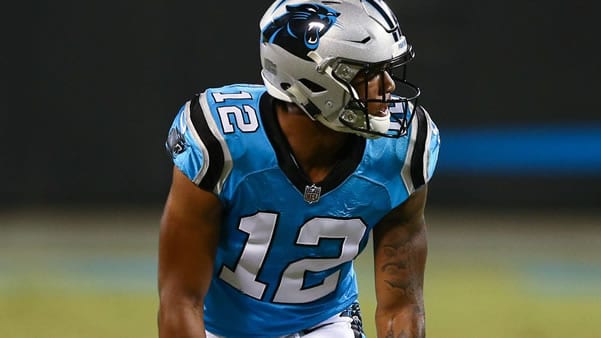 The Atlanta Falcons come to Charlotte for a Week 8 NFC South battle against the Carolina Panthers on Thursday Night Football. Both teams came up short last week, a common pattern for these Atlanta Falcons, as they fell to 1-6 with a 23-22 last-second loss to the Detroit Lions that was in many ways a microcosm for a team that has found it hard securing victories even though they’ve been there for the taking. Carolina looks to get back to .500 again, following a tough 27-24 loss to the Saints on Sunday. After winning three in a row, they have dropped two straight and look to get back on the winning track against the 1-6 Falcons.

What Week 5 Tells Us

One nice handicapping quirk of divisional teams playing is being able to use recent games as a framework. In week five in Atlanta, the Panthers were able to score a 23-16 win over the Falcons. As has been customary, the Falcons got off to a lead, only to see some big Carolina pass-plays take over. Bridgewater was over 300, they ran the ball well, and built up a good enough lead to withstand a late spurt by Atlanta that fell short. On Atlanta’s behalf, they got a big game from Todd Gurley, but Matt Ryan threw no TDs and was errant on the day, with the Carolina pass-defense playing well—something they’ve done often this season.

Trying to Look at the Falcons a Different Way

When you’re 1-6 and the head coach who took you to the Super Bowl a few years ago is canned midseason, public confidence is going to be really low. And with a 2-5 record ATS, their betting appeal hasn’t much better than their fan appeal. On Sunday, we saw another collection of miscues. A critical missed extra point, followed by Todd Gurley going into the end zone late, rather than running time down and kicking a chip shot with no time left. It gave Detroit just enough of an “in” and this season, if an opponent has an “in,” they’re going to take advantage.

With multiple blown double-digit leads and a defense that truly evaporates late in games, Atlanta simply represents a team that is hard to back. A lot of these games and point-spreads come right down to the end, and it’s just awful to have a team that can’t lock up a win. But for us cockeyed optimists out there, the Falcons have been good enough to lead most of their games, some by a pretty good amount. That offense can still do damage on the right day, and with Romeo Crennel taking over as interim coach a few weeks ago, they hammered the Vikings on the road, 40-23, before again being good enough to win and cover against Detroit, before their late-game hi-jinx ensued.

After winning three in a row, people were starting to look at Carolina a bit differently. Despite seeing some of their best players fall by the wayside, they were winning and making it work under first-year head coach Matt Rhule. The last two games were pretty close losses but showed that Carolina is still bound to certain realities, namely how hard it is to string together success with an average defense and an offense that lacks standout difference-makers.

Teddy Bridgewater has been fairly effective, but with Christian McCaffrey still the team TD leader after falling in week two, finding consistent production other than him has been elusive. The Word is that McCaffrey could be ready to return, though if it were to be this week, how integral could he be? Receivers like DJ Moore and Robbie Anderson have been working well with Bridgewater, but they’re on some weeks and off other weeks, with a lead back in Mike Davis who follows suit. Curtis Samuel adds a nice dimension, but sometimes, they fail to really excite. Still, we’ve seen Bridgewater put up pretty big numbers in some spots, and he could make it work against this Atlanta defense this week at home and desperate for a win to keep their faint playoff hopes alive. At 3-5, that would be hard to justify.

Which Aerial Offense Can Surface in Charlotte?

Carolina can make some noise in the run-game, but for them to succeed, it’s usually going to involve a formula that revolves around a lot of passing offense. Bridgewater needs to connect with Moore and Anderson, with Samuel making some plays and other guys chipping in. And being at home helps, especially when facing a pass-defense that is second-worst in the NFL. A few weeks ago, they were able to make it work against the Falcons before falling off some in the second half. This is a QB with receivers who all thrived against this team a short time ago and now get that same team at home, irritated after two straight losses.

Ryan and his cast weren’t able to make it work against Carolina with 16 points of scoring a few weeks back. Calvin Ridley had a big game, and they were without Julio Jones, whose presence will help this week. Maybe Gurley can have another big game, as he was really like his old self against Carolina in week 5. But this is definitely the scary part of Atlanta, an offense that can go on a spurt on the right day, making Atlanta a bad team, but a bad team with a definite twist.

This isn’t the easiest equation. With Atlanta, you have a team that has the ability to take big leads. They were competitive with Carolina before, and I’m not sure the Panthers are better three weeks after, having fallen into the dumps a little bit. The Panthers really need this game, and urgency could resonate. Beyond the mere matchups and the Xs and Os is the difference in late-game play. And with Atlanta, you have a team that seems to almost unconditionally collapse late. That might not continue, as the NFL has a funny way of having patterns end just as you start to hone in on the pattern. I would just rather bank on an urgent Carolina team that isn’t dogged by late-game slapstick, as opposed to sitting there late in a game watching Atlanta blow it with my money on the line. I see Carolina playing well and getting the win and cover on Thursday.

Loot’s Prediction to Cover the Point Spread: I’m betting on the Carolina Panthers minus 2.5 points. Where do you place your NFL bets? Does your bookie give you reduced odds? NO! He doesn’t! Why risk -100 odds (or more) when you could be laying only -105 odds at BetAnySports? Bet smarter! Start paying less for your odds TODAY at BAS!