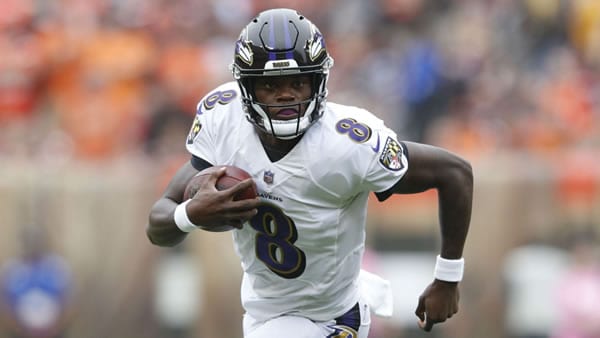 The Baltimore Ravens come to Ford Field for a week three showdown with the Detroit Lions on Sunday. The Ravens have looked good in spots but still need to win here to avoid falling to 1-2. However, on Sunday Night Football, a rollicking win over the Chiefs at home put some wind in their sails. They now take to the road to the Motor City to face a Lions team coming off the short week where they got roughed up at Lambeau on MNF, 35-17. Can they bounce back at home, or will the Ravens get the same kind of separation the Packers established?

In week one, the Ravens fell victim to a rip-roaring Raiders team that suddenly caught fire. Looking to atone for that, they got good performances on both sides of the ball on Sunday night, scoring a nice 36-35 win over the Chiefs. They have faced many issues for such a young season, with the injury report already a long one. Their entire backfield is decimated. They went from an embarrassment of riches to starting a rookie. Their offensive line is banged up, and guys across all areas are either hurting or out. But in getting two tough AFC West opponents to start the season, taking the Raiders to OT and beating the Chiefs isn’t so bad. Against Detroit, maybe they can get a more trouble-free game.

On Sunday, we began to see more of what should be to come—Lamar Jackson taking an even more central role in the offense. He handled the running duties himself, and was not easy to stop. It brings more of his aerial weapons into use. Marquise “Hollywood” Brown looks a little sharper so far this season, and with a good TE in Mark Andrews, we’ve seen spots of more aerial acuity than we saw from Jackson and the Ravens last season. The point is that it helps to have a unique superstar like Jackson when in the midst of other personnel issues. He’s one of the few players in this league who can truly take a sad song and make it better.

While the Lions’ defense can play well in spots and being at home is helpful, they don’t really excel in any area. Losing Jeff Okudah when they were already near the bottom of the league against the pass makes it, so teams will be looking to have their way through the air against this “D.” Jackson and the Baltimore aerial attack is hardly foolproof, but this is a spot where they could put it to good use. And while The Ravens’ run-game lacks the variety it has shown in previous seasons, the Detroit defensive front appears on paper to have very few answers for Lamar Jackson. And getting lit up by Aaron Jones doesn’t bode well in this spot.

Goff should find spots to succeed with that offensive line. It’s just that they’ve yet to put together the supporting cast to really thrive. D’Andre Swift and Jamaal Williams can be effective but disappear in other games. On Monday, Goff was the team’s leading rusher. Their most-targeted receiver was Quintez Cephus. So Goff is stepping into a situation with only a fraction of the firepower he had in Los Angeles. For this offense to thrive, a lot of stars need to line up correctly.

Silver Lining for the Lions?

Granted, it came against the hot Raiders and the KC offensive machine, but the Ravens’ defense has really been pushed so far this season. Their personnel shortcomings in the secondary have manifested, and their pass-rush has been negligible in spots. With the strength of the Lions’ offensive line, one can imagine them having some success with Williams and Swift. The Lions’ lack of aerial weaponry outside of tight end TJ Hockenson is dicey, so this might not be a spot where the Ravens’ secondary gets really tested, but it’s still a spot where Jared Goff could have some success. It’s one thing for the Ravens to shine in difficult spots where they don’t have to cover numbers, but is a battered Ravens team with holes-galore a team you want to take on the road laying points in foreign territory? It’s a little out of their wheelhouse, with a bulk of Ravens players having not ever played anywhere near Ford Field.

The Tough Questions for Detroit

First-half pluckiness against Green Bay aside, they will be facing an in-tune Baltimore offense that has been running up decent numbers on better defenses. Other than being at home, what sources of real optimism is there for the Lions’ defense? The Ravens have already shown the ability to shine amidst the injury setbacks. The Lions could see some of their receivers produce, get good games from their backs and Hockenson and hang in there against what has been a vulnerable Baltimore pass defense. It’s just tough if that Detroit “D” can’t stop the Ravens from getting first downs at will.

Despite some damning data, I like Detroit a little in this spot. They have problems while showing enough flashes through two weeks to suggest an injury-battered Ravens team might be up against it in covering the big road number. I think some of the sporadic offensive flash the Lions have showed in spots against the SF and Green Bay defenses will resonate more largely this week at home against this defense. Their own defense is a big issue, but with Baltimore having fewer aerial options and being down to one real rushing threat, I think they can make it work. I’ll take Detroit.

Loot’s Prediction to Cover the Point Spread: I’m betting on the Detroit Lions plus 9 points. Note: We’ve partnered with Al McMordie and his team of NFL Experts! Check out their Week 3 top winners!