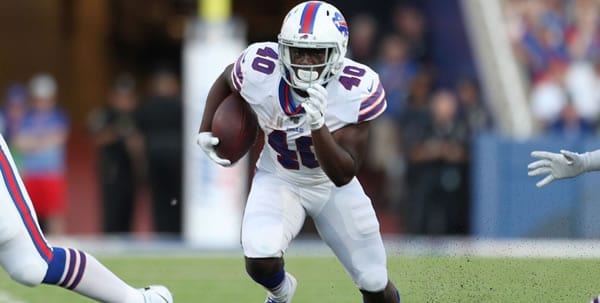 After failing yet another test against a quality opponent in last week’s 13-9 loss to the Patriots, the Cowboys still hold the NFC East within their grasp with a one-game lead over the Philadelphia Eagles. However, the Cowboys’ grip is withering as the late-season schedule boasts stiff competition. To make matters worse, Dallas has failed to beat an opponent that has a winning record all season as coaching concerns have become painfully evident with each passing week. Despite the lingering coaching concerns, the Cowboys have a chance to remain in control of the NFC East if they can take care of business on Thanksgiving Day when they host the Buffalo Bills at AT&T Stadium in Arlington.

The Buffalo Bills have become one of the biggest breakout stories of the season in the AFC with the 3rd best record in the conference at 8-3 SU. With the new spotlight on the “Bills Mafia,” Buffalo will get the opportunity to play on Thanksgiving Day for the first time in 25 years when they meet the Cowboys on Thursday. At 8-3 SU, the Bills appear to be one of the top teams in the AFC and have consistently exceeded expectations against oddsmakers with a 7-3-1 ATS on the year. However, like the Cowboys, Buffalo is missing a quality win on their schedule. In fact, the Bills have recorded just one victory over a winning opponent by way of the Tennessee Titans that currently reside at 6-5 SU. The Bills 8 victories have come against opponents with a disastrous 17-58 SU (29.3%) win rate. So while we cannot discredit the Bills success, the Bills’ progress will be tested on one of the biggest stages in NFL tradition on Thanksgiving Day.

Sharp money will be on Dallas

At first glance, having the opportunity to get 7 points with the Buffalo Bills against a Cowboys team that continues to disappoint seems like a dream bet. When you dig deeper, everything about that narrative starts to shift. For starters, the match-up on the field greatly favors the Cowboys. Despite the 8-3 record, the Bills remain a defensive driven football team that has averaged just 21.1 points per game, which ranks 20th in the NFL. Meanwhile, the Cowboys provide one of the best offenses in the league. Quarterback Dak Prescott leads the NFL in passing with a talented group of receivers and one of the elite running backs in Ezekiel Elliott in the backfield. Unlike the Bills, the Cowboys are averaging 28 points per game on the season as one of the most productive offenses in the league.

On offense, Buffalo does not have an overly dominant rushing attack. Frank Gore leads the team with just 476 rushing yards and has only eclipsed 50 yards rushing once in the last five games. Quarterback Josh Allen’s dual-threat ability provides some concern in the running game, but it’s very doubtful that Allen will control this game with his feet against one of the best linebacking groups in the NFL. In the passing game, Allen has been relatively average, completing 60% of his passes with 13 scores and seven picks on the season. Despite having a few guys dinged up, Dallas still sports the 7th best pass defense in league with a very pressuring pass rush off the edges. Needless to say, this is a very tough match-up for the Bills offense.

The Bills biggest strength this season stems from their defense primarily in the back seven where they have allowed just 197 yards per game through the air (3rd in NFL). However, I have to point out the fact that the competition has greatly helped these stats. The Bills secondary is solid, but I would not classify the group as elite. Furthermore, QB Dak Prescott has shown the ability to move the football on everyone this year. Perhaps more concerning is the fact the Bills have struggled against the run. Everyone knows that the Cowboys love to focus their offense around the run with Ezekiel Elliott, and that will likely be the focus here. The Cowboys have gotten away from Zeke a bit in the last few weeks, but this is a prime bounce-back spot against a defense allowing 4.5 yards per touch against the run.

As you can see, all of the match-up indicators greatly favor the Cowboys this week. Despite the indicators, Buffalo was receiving 65% of the public betting action once this betting line was re-posted Sunday night. It is a very “square” bet pivoting off the Cowboys struggles, but rest assured Dallas has a greater opportunity to thrive in this match-up. Furthermore, I would point out the fact that despite the Cowboys’ struggles this season, they remain one of the better betting teams at 7-4 ATS. The Cowboys are 5-1 ATS as 6 point favorites or greater this season, and I expect that trend to continue on Thursday! Take the sharp play with Dallas -7!

Jay’s Pick to Cover the Point Spread: Take Dallas -7. Bet this game and ALL your NFL/college football games at discounted odds -105 instead of the spendier -110 option your book is socking you! Find this sweet offer at BetAnySports!