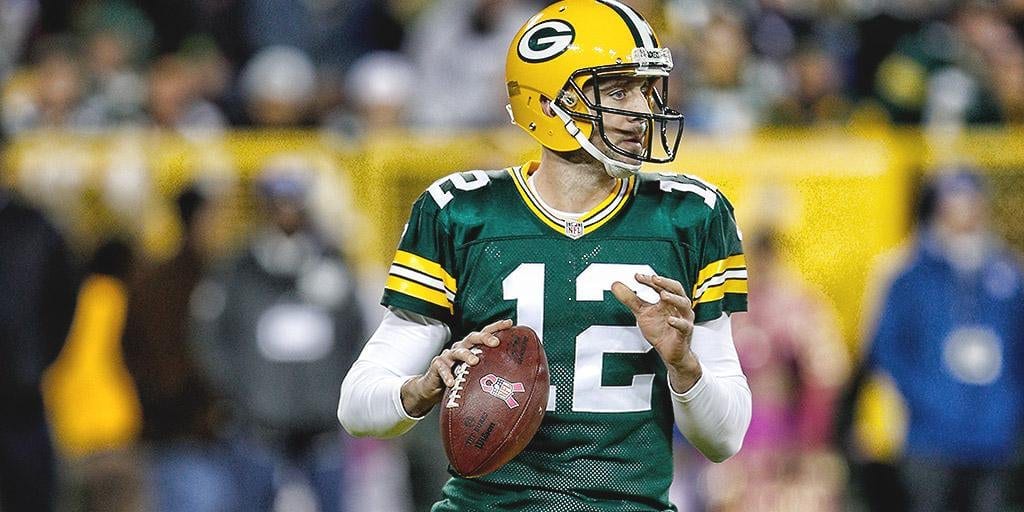 The NFL loves that fact that “anything can happen” at we can all be proven wrong at any time. The Buffalo Bills are fresh off the biggest upset in the last 23 years and literally almost no one saw it coming. Honestly, no one. The opening line of the Bills v. Vikings was Minnesota -16 and that wasn’t even enough as the line was bet to -17.5 by gametime. Now, Buffalo is ripe for a letdown in Green Bay right? They can’t take down the two best teams in the NFC North in back-to-back weeks, right? I think they want me to convince you, the reader, of the outcome in these previews but I may have to convince myself as I write it. Let’s dive in.

I think we all knew that Nathan Peterman was not going to last long as the Bills starting QB after Buffalo moved up to take Allen and it only took two Peterman picks in Week 1 to give Allen his first shot. The Wyoming product didn’t do much in that first go but has looked the part in starting the last two and had some WOW moments along the way. Allen used his legs during his college days to net twelve rushing touchdowns and that has carried over to the NFL to the tune of 97 rushing yards and two scores. That puts Allen 5th in QB rushing this season and he should see success against a Green Bay defense that has often struggled against mobile quarterbacks. Mitch Trubisky ran for 32 yards and a score against the Pack in Week 1 and Green Bay is just 21st against the run overall. Allen has an arm to go along with those shifty legs and a big one at that as his 56-yard completion to Zay Jones in Week 2 went 60+ yards in the air. The Packers secondary has been burned often in the early going and they are again scheduled to be without CB Kevin King as he nurses a bad groin. It is always tough to play in Lambeau as a rookie but Allen has showed the goods in a small sample set and this is not a tough defense to move the ball against.

Aches and Pains in Green Bay

We know the big injury in Titletown belongs to Aaron Rodgers and his clearly banged-up knee. The offense has looked okay at times with the limping Rodgers but it is very apparent that No. 12 cannot hit his high gear. The problems created by an immobile Rodgers are compounded this week as Guards Bryan Bulaga and Justin McCray are both questionable. The Packers offensive line has already given up a league-worst 14 sacks with the preferred starters in the game and that will not improve with third-stingers and practice squad guys. The defense is not without injury woes as Muhammad Wilkerson has been lost for the year and Nick Perry has been put in the concussion protocol.

The King, Wilkerson and Perry injuries are problematic as those three were among the biggest playmakers on a defense that has yet to find production under new DC Mike Pettine. Green Bay is 23rd in total yards allowed while surrendering 27.7 points per game. The D has only created five sacks and that lack of pass rush has allowed Green Bay opponents to convert third downs nearly 46% of the time. Quarterbacks have averaged a 101 QB rating against the Packers and the run defense hasn’t fared much better and enters the week allowing the 6th most yards on the ground. Buffalo brings the 29th ranked scoring offense to Lambeau but Green Bay doesn’t have the quality of defense that the Bills faced against Baltimore, Los Angeles (Chargers) and Minnesota.

Despite what we saw in Minnesota last week, Buffalo is still probably not a very good team. They do have some energy under Allen however and have played eight straight competitive quarters of football. That is more than Green Bay can honestly say at this point and any slow start by the Packers on Sunday will only serve to swell the confidence of the Bills. Buffalo will need someone to step up and become a consistent playmaker, especially with LeSean McCoy likely to sit again with a rib injury. Chris Ivory is not a speedster but is a quality vet that has helped Allen as a check down with 100 receiving yards out of the backfield. No wide receiver has hit the ten catch mark in Buffalo but Zay Jones or Kelvin Benjamin should be in for a big day against the struggling secondary in Green Bay.

Having Rodgers shoulder nearly all of the burden is nothing new but something is clearly missing in the Packers offense with A-Rod at less than 100%. Davante Adams, Randall Cobb and Geronimo Allison have all crossed 195 yards receiving and combined for six scores but the struggles of the offensive line have put the Packers in too many third-and-long spots. Green Bay is converting on just 26.2% on third down and Rodgers has not been able to get in sync with TE Jimmy Graham just yet. Aaron Jones showed he can be an effective runner while averaging seven yards per carry in his first game back from suspension but he is an ineffective pass-blocker and that will keep him off the field as Green Bay looks to protect Rodgers from further damage. Jamaal Williams is good in pass-pro but is averaging just 3.4 yards per carry. None of the Green Bay backs may do all that well this week with Buffalo bringing the 5th best run-stopping unit.

Green Bay is just 1-5 against the spread in their last six overall and I think they drop another ATS as they look as vulnerable as they ever have. They should cruise in this game and a 14-point line would be a near certainty with a healthy Rodgers but you just can’t trust the Green Bay offense right now. With the GB defense also under-performing, Buffalo will be able to put some points on the board and anything over 14 points by Buffalo becomes really problematic with that 10-point line. Look for Green Bay to put up a better effort than they did against Washington last week but this energized Bills unit is going to hang around. Green Bay wins 24-16.

Your Name’s Pick to Cover the Point Spread: Buffalo