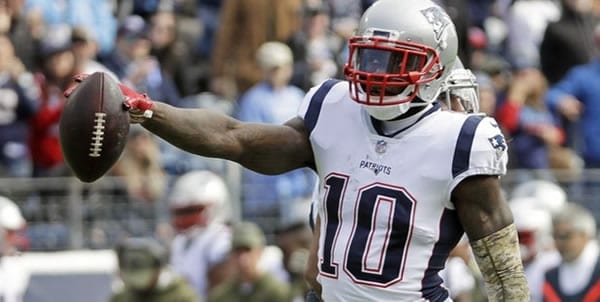 In a Sunday afternoon showdown of undefeated divisional opponents, the Buffalo Bills host the New England Patriots at New Era Field. The Patriots have dominated the series in recent history, going 28-3 in the last 31 matchups including a 14-1 run at Buffalo with an average win by 19 points per game.

Buffalo enters the game with a 3-0 record, marking the first time since 2011 that they have started with such a mark. With a winning record in just two of the last thirteen seasons, the team and their loyal Bills Mafia fan base are hopeful that this could be just the beginning of a run at the playoffs in what would their second trip in the past three seasons after missing out on the postseason the previous seventeen years prior.

After finishing 2018 ranked second in total defense, the Bills have picked up right where they left off and are currently sitting at fifth in both yards allowed and points per game. They have done so thanks to a concerted team effort, with the defensive backfield specifically playing well with cornerbacks Tre’Davious White and Levi Wallace along with safeties Jordan Poyer and Micah Hyde. The linebackers have also made a substantial contribution to the stat sheet, with Tremaine Edmunds, Matt Milano and Lorenzo Alexander all recording at least ten tackles apiece so far this season. Unfortunately defensive tackle Harrison Phillips is now gone for the season due to injury, so they will rely on Jerry Hughes, Star Lotulelei and Trent Murphy to anchor the front line, especially considering the three of them are in the top four in Buffalo Bills overall salary this season.

One thing that has plagued Josh Allen throughout his football career has been his completion percentage, but that was something he has improved on vastly so far this year, hitting over 63% of his passes in all three games. This is a welcome change after completing over 60% just twice in twelve games in 2018. An area he will continue to need to work on though is turnovers, throwing three interceptions compared to three touchdowns so far this season, and has now tossed ten picks in his past eight games.

More Picks: Bengals vs. Steelers Pick Against the Spread

The Buffalo rushing offense ranks fifth in the league, with Frank Gore leading the way in yards and touchdowns amongst the backs. Rookie Devin Singletary showed great promise early but missed their last game with a hamstring injury, and his availability for Sunday remains in question. Josh Allen is also a viable option on the ground, he and Gore are the only two to score rushing touchdowns so far this season, but there isn’t much else to rely on with TJ Yeldon continuing to be plagued by turnovers.

Two free-agent signees reign supreme when it comes to receiving stats for the Bills, with John Brown and Cole Beasley, the only players with over five catches on the season so far. Brown leads the way with 18 receptions for 246 yards and a score while Beasley has posted 17 catches for 171 yards. They both will have ample opportunity to improve on those stats and look to become the first Bills player since Sammy Watkins in 2015 to break 1000 receiving yard mark in a season.

New England comes into the weekend after beating up on the Jets 30-14, which was their 116th regular-season win of the decade, which set a new NFL record that they will be able to add to the rest of the year. Unfortunately, those who took the Patriots to beat the spread last week were left shaking their heads, or vomiting, after the team inexplicably blew an easy cover when two rookies made disastrous mistakes, a muffed punt at the goal line by Gunner Olszewski and a Pick 6 by Jarrett Stidham.

The Patriots defense continued their supremacy, not allowing an offensive touchdown for the fourth straight game going back to the Super Bowl win against the Rams and becoming the first team in NFL history to not let up a score in the first three games of a season. Last week they allowed just 105 yards of offense; the lowest amount allowed by a Belichick led Patriots team and the third least amount in Jets history. The New England defense ranks first in the NFL in all four major statistical categories (total yards, passing, rushing, scoring) and has allowed just six points over their past four games with Jamie Collins, Stephon Gilmore and Devin McCourty amongst those to stand out so far.

One area for concern for the Patriots, in addition to the continued decline of kicker Stephen Gostowski (who has missed an extra point in every game this season), is their offensive line. The loss of unheralded blocker Rob Gronkowski in the offseason combined with injuries to their left tackle and center have left them short-handed up front. This got only worse when it was announced Monday that fullback James Develin was placed on injured reserve after getting hurt in the Jets game. The inconsistent blocking has naturally led to troubles in the running game, where the team ranks just 20th in the league and supposed lead back Sony Michel is averaging only 2.5 yards per carry.

Thankfully the Patriots passing game hasn’t been adversely affected by the problems with the offensive line, as quarterback Tom Brady has completed 68% of his passes while averaging over 300 yards per game passing and throwing seven touchdowns compared to zero interceptions. His three main targets have been Julian Edelman, Phillip Dorsett, and Josh Gordon, all of which have at least 11 receptions and 175 yards receiving on the season. Unfortunately, Edelman was injured in the last game, and while x-rays on his chest came back negative, his availability for Sunday remains questionable.

New Era Field and the surrounding parking lots promise to be a hotbed of excitement for Sunday’s only matchup of teams with a 3-0 record. Unfortunately for the Bills no matter where they have played since his inception in the league, Tom Brady has dominated them with a 30-3 overall record ( and one of those losses was the last game of the 2014 season where Brady only played a half, and the Patriots rested their starters for the playoffs). The Buffalo defense at least compares to the Patriots, but the offensive advantage on the New England side may be too much for the Bills to handle over a full game. I imagine Belichick will again game plan well for Josh Allen, and by the end of Sunday’s matchup the Patriots will leave Buffalo with a win and cover.