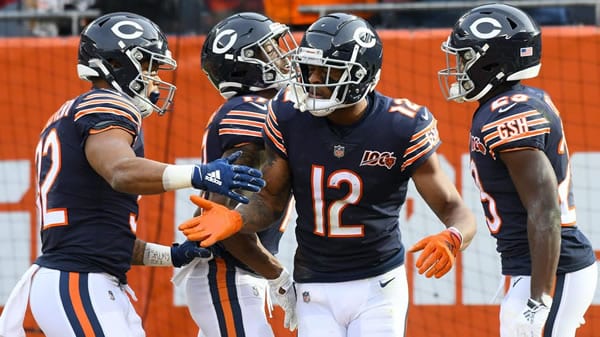 In a bizarre season where a 7-9 SU Washington Football Team won the NFC East, the Chicago Bears also benefited from a significantly weak NFC by capturing a playoff berth despite losing 7 of the last 10 games. Luckily, the Bears started the season at 5-1 SU and their final record of 8-8 SU was good enough to clinch the final wildcard spot in the NFC thanks largely to the NFL’s offseason decision to expand the playoffs to 7 teams from each conference. As a result, the Bears will take on the New Orleans Saints as near double digit underdogs when both teams meet inside the Mercedes-Benz Superdome on Sunday.

The New Orleans Saints tied with Seattle, at 12-4 SU, for the 2nd best record in the NFC. Both teams finished one game behind the Packers for the best record in the conference and will benefit from home field advantage in this weekend’s games. For the Saints, they have weathered the storm throughout the season despite numerous injuries among their biggest stars. QB Drew Brees, WR Michael Thomas, and star RB Alvin Kamara have all spent extended time sidelined with injuries this season which makes the Saints’ success this season even more impressive. The question going into Sunday is will the Saints have everyone back in time for their showdown with the Bears?

RB Alvin Kamara tested positive for COVID-19 prior the Saints week 17 match-up against the Panthers. While the Saints did not need their star running back in the 33-7 victory over Carolina, Kamara’s availability could have a critical impact towards this Sunday’s match-up against Chicago. Prior to the positive test, Kamara had just recently tied an NFL record for 6 rushing touchdowns in a blowout victory against the Minnesota Vikings. Due to the timing of the positive test, Kamara will not be able to practice or be around the team until gametime, granted he can pass additional testing. If there are any setbacks, Kamara will likely miss the opening round playoff match-up. The good news for New Orleans is that WR Michael Thomas returns from the IR this week. Thomas missed the last 3 games with an ankle injury. The Saints put Thomas on the injured reserve in hopes that he would be completely healed in time for the playoffs and Head Coach Sean Payton confirmed Thomas will be ready for Sunday’s postseason opener.

In terms of the point spread, I may be part of the minority but I believe the Chicago Bears can keep this game within striking distance. The Bears have excelled in recent weeks with the emergence of running back David Montgomery who is finally getting to be the focal point of the offense. Montgomery has produced 7 rushing touchdowns over the Bears’ past 5 games and has provided a strong running game to take the pressure off QB Mitchell Trubisky. Speaking of Trubisky, he remains the Bears biggest liability in this match-up. If Trubisky continues to turn the ball over, things could get ugly in a clear “play from behind” game script. If Trubisky can protect the ball and hook-up with WR Allen Robinson, things could get interesting.

If Kamara misses this week’s game, I would be more inclined to take the risk on the Bears and the points. However, Kamara’s status remains uncertain. Furthermore we have to expect New Orleans will have success moving the football. Even without Kamara, the Saints have serious talent at the skill positions with Brees, Thomas, TE Jared Cook, WR Emmanuel Sanders, and backup running back Latavius Murray. Not to mention, Sean Payton remains one of the best play callers in the business. Considering the Bears defense is no longer what it once was, there is plenty of reason to believe New Orleans will be successful moving the football and yield a fair share of scoring opportunities.

Jay’s Pick to Cover the Point Spread: Personally, I think the side is relatively risky for both teams. The bet I like the most in this game is the “over” 48 point total. The Bears have been notorious for hitting the “over” this season due to their declining defense and desperate offensive game script. I think that situation plays out again and we get a solid cover on the total. Take the over 48! Bet your NFL Wildcard game picks FREE by taking advantage of a 50% real cash bonus up to $250 at Bovada Sportsbook! They’ll also give you rebates on ALL your bets whether they win or lose! FAST hassle-free payouts too! Click here to start betting at a better bookie now!