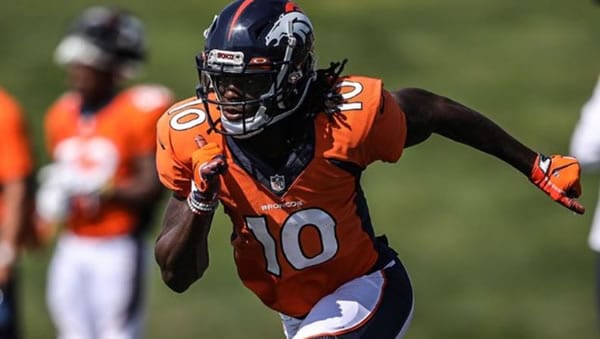 Is the Broncos’ recent hot streak real or a mirage? Denver’s taken advantage of its schedule over the past two weeks by feasting on the Jets and getting a win over the COVID-ravaged Patriots, but there’s plenty of reason to believe that the Broncos simply were able to take advantage of a fortuitous situation because their offense is still a disjointed mess. Denver has been reasonably successful on defense, but thanks to injuries and a team slowly trying to find its way, the Broncos have found themselves in a lot of low-scoring struggles.

That likely won’t work against Kansas City, which continues to take whatever is available and attack in that manner. But the Chiefs are also coming off a rough travel schedule, which saw their game at Buffalo pushed back to Monday and forced them to cross two time zones coming from Western New York. Kansas City has the more talented roster by a wide margin and has won nine straight against the Broncos, but do the circumstances created by COVID have Denver in a position to steal another victory?

How the Public is Betting the Kansas City/Denver Game

The total has dropped from 49.5 to 46 points upon fears of snow, with the total holding steady at Kansas City -9.5.

WHAT MORE COULD YOU ASK FOR? BEST LIVE BETTING - 50% REAL CASH BONUS UP TO $250 FREE - REBATES ON ALL YOUR ACTION; WIN, LOSE OR DRAW - NO MORE DEPOSITING ISSUES; CREDIT CARDS WORK HERE! —-> BOVADA SPORTSBOOK

When it comes to Kansas City’s offense, there’s really been no stopping the Chiefs. They can throw all over the field with Patrick Mahomes, they have a strong rookie running back in Clyde Edwards-Helaire, and they’ve got one of the biggest matchup nightmares in the game in Travis Kelce. The Chiefs are so challenging to prepare for because they do everything well, and they don’t beat themselves. Kansas City has just four giveaways in five games and ranks in the top 10 in both rushing and passing, which is far from an ideal spot for a Denver defense that’s been mainly bend but don’t break.

If the Chiefs have a weakness, it’s that they’re slow starters. Kansas City has not scored more than a touchdown in the first quarter of any of its six games this season, but the Chiefs tend to hit the gas in a hurry once the second quarter rolls around. One great example came at home against Las Vegas, where the Chiefs and Raiders scored 10 points in the first half before combining for 38 in the second. If Denver can get Kansas City off the field early and keep Mahomes from getting into a rhythm, the Broncos have a chance. Once Mahomes gets rolling, though, good luck.

The Broncos are the antithesis of Kansas City. Denver doesn’t really do anything well when it has the ball, as the Broncos regularly turn it over, don’t move the ball well through the air or on the ground, and don’t score a lot of points. However, they might have stumbled into a winning strategy last week when they held off the COVID-hampered Patriots in New England. Denver won with six field goals from Brandon McManus and zero touchdowns, riding Phillip Lindsey to 101 yards and grinding out an 18-12 win.

Getting six field goals is a very bad strategy against Kansas City (especially if we’re talking low 20s and snow in the forecast), but riding Lindsey isn’t. The Chiefs’ biggest weakness as a team is their subpar run defense. Kansas City has a frightening front seven led by defensive tackle Chris Jones, but Jones’ strength is getting to the passer, not stopping the ball carrier. Kansas City doesn’t defend the run well, and if Denver can get another 100-yard day out of Lindsey, the Broncos can keep the clock moving and keep Mahomes off the field. It might be their only chance given the complete mismatch on paper at the skill positions, as Jeff Driskel comes nowhere close to matching up with Mahomes.

It’s now nine straight games where Kansas City has bested Denver, and the Chiefs come into Colorado riding a five-game win streak against the Broncos in the Centennial State. Not only have the Chiefs won the past five trips to Denver, but they’ve covered in their past six visits to Mile High, including last year’s 30-6 rout of the Broncos. Over the past nine matchups, this has simply been one-way traffic, with Kansas City covering the number in eight of their nine victories over the Broncos. It hasn’t just been games against the Broncos where Kansas City has cashed for bettors, as the Chiefs have covered in 13 of their past 17 games.

However, October has been Denver’s month. The Broncos have covered in eight of their past nine games in October, and they’ve covered in four of five as an underdog. Notably, though, none of Denver’s games this season have come against its AFC West rivals, as the Broncos are just 7-18-1 in their past 26 against their own division.

When it comes to the number, you’d expect Kansas City to put up a ton of points. However, so does Vegas. Which means you’d be out a lot of money if you’d been taking the “Over” on the Chiefs games this season. Kansas City has gone under in six straight road games and seven of nine against AFC West opponents. That suits Denver just fine: the under is 13-4 in the Broncos’ past 17 home games.

The cardboard cutouts will need to bundle up for this one, as temperatures will fall into the low 20s and potentially drop into the teens. Snow is also a possibility in the thin air in the Mile High City.

If Kansas City was entirely a passing offense, I could see the Broncos hanging with the Chiefs in a Colorado snowstorm. But Kansas City now has Clyde Edwards-Helaire, and they’ll be able to count on him throughout the contest to keep the chains moving and tire out the Broncos’ defense. With Denver’s weak offense unlikely to faze Kansas City, I can’t see the Chiefs doing anything but getting a comfortable, low-scoring win.

I think the Chiefs make it ten straight wins over Denver, and they’ll do it by shutting down the Broncos and coasting on the offensive side of the ball. I’ll take Kansas City along with the under. Bet this game and ALL your football/basketball/baseball bets at reduced odds, rather than the spendier -110 option your overpriced bookie is socking you with! Find this HUGE money saving offer at BetAnySports Sportsbook!