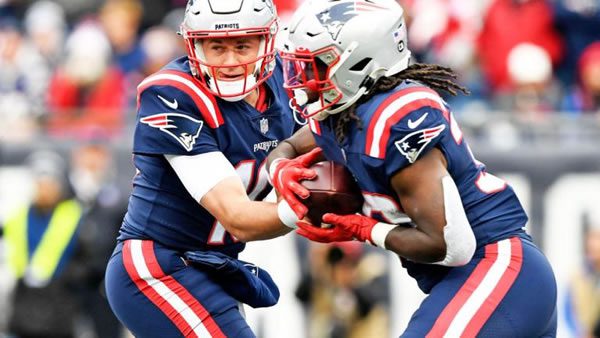 Earlier this year, the Cincinnati Bengals did not show many resemblances of a team that won the AFC Championship and made a Super Bowl appearance last year. However, the Bengals have found some late-season momentum, just as we saw last year, with six straight wins. In last week’s 34-23 victory over the Tampa Bay Buccaneers, QB Joe Burrow had a 4-touchdown performance to four different Cincinnati receivers to help lead the defeat over the waning Buccaneers. With the victory, Cincinnati took a clear lead over the AFC North and now lead the Ravens by one game in the divisional race. On Saturday, the Bengals will try to keep their top spot when they travel to Gillette Stadium for a week 16 showdown against the New England Patriots.

The visiting Patriots have dropped 3 of their last four games, including last week’s 30-24 loss against the Las Vegas Raiders, in the most bizarre way imaginable. Despite a tied score, the Patriots were attempting multiple laterals on the final play of the game, which you would expect from teams that must score to win. The Patriots could have taken their chances in overtime, but during the last play, DE Chandler Jones picked off one of the laterals before returning it 48 yards for the game-winning touchdown. The devastating loss was a big blow to New England’s playoff chances, and the Patriots must rebound this weekend to avoid essentially being eliminated from playoff contention!

Unlike much of Saturday’s slate of games, the weather should not be a significant factor in Foxborough this weekend. While it will be cold, the Bengals and Patriots will likely not deal with the participation expected at other events this week. From a match-up perspective, the Bengals have been firing on all cylinders in recent weeks, and all of their skill position players are finally healthy. In the last six games, the Bengals have averaged 30 points per game. Burrow is playing well and now has a full arsenal of weapons with Jamarr Chase, Tee Higgins, and Tyler Boyd. Meanwhile, RB Joe Mixon appears to have shaken off the injury concerns as well.

Needless to say, the Bengals’ offense presents numerous challenges for a Patriots defense that has been pretty average this season. I expect Head Coach Bill Belichick to focus on stopping the Bengals WR1 in Jamarr Chase, but Burrow has plenty of options, even if that strategy works. On the other side of the football, Cincinnati’s defense has played well against the run, limiting opponents to just 109 yards per game on the ground. With the inconsistent play of QB Mac Jones and a beat-up receiving corps, this will likely be a heavy dose of the Patriots’ running attack with Rhamondre Stevenson and Damien Harris, who are both nursing injuries as well. As a result, I’m not seeing a lot of optimism for the Patriots in the match-up department.

Road trips in the NFL are tough, and I understand why the betting line is slim. However, I still believe that the Bengals have more paths to victory and a cover in this match-up. As a result, I am laying the points with the Bengals!
Jay’s Pick: Take Cincinnati -3.5. Bet your Week 16 NFL predictions for FREE this week by scoring a 50% real cash bonus up to $250 in free bets at the best bookie on the web! —> Bovada Sportsbook! They pay fast, offer TONS of props and have the BEST live wagering platform on the planet!