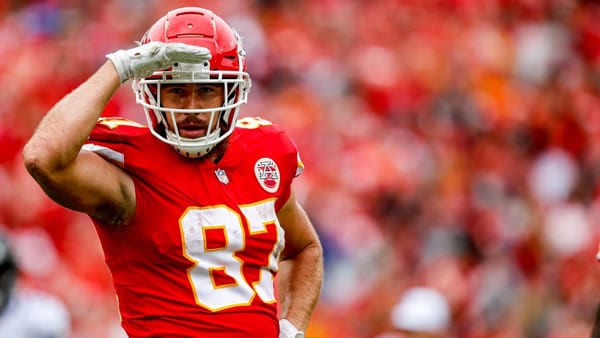 The Cleveland Browns come to Arrowhead Stadium on Sunday for an AFC Divisional Playoff matchup with the top seed in the conference, the Kansas City Chiefs. Cleveland was inspiring in the wild card round, parlaying a 28-point first-quarter into an upset 48-37 win over the Pittsburgh Steelers on the road. Things would appear to be more difficult here, coming into Arrowhead to take on the defending Super Bowl Champions, a rested Chiefs team that didn’t seem all that easy to beat toward the end of the season. Who can cover the spread this week in Kansas City?

The Browns represent a real X-factor, the type of team that on the right day can beat anyone. And even in the midst of the Chiefs’ reign as NFL top-dog, there have been lapses, even in the postseason, where a team like Cleveland can do a lot of damage. If he continues taking care of the ball, QB Baker Mayfield can keep being really productive, even in this heightened context. Seeing the O-line get even more banged-up last week wasn’t encouraging, but they really hit their stride against a Steelers’ team that may have ebbed but can still play a lot of defense.

Mayfield has a lot of tools with which to work—top receiver talent like Jarvis Landry, a good tight end in Austin Hooper, talented and impactful backs like Nick Chubb and ex-Chief Kareem Hunt, and a cast of supporting talent that really makes the Browns an offense that can win a footrace with any team in the league. Chubb and Hunt are a big 1-2 punch, guys who can do damage through the air, as well. It’s a lot for opposing defenses to contain.

Let’s also face some hard facts about Cleveland. While the high-end of their range makes them an appealing upset candidate against the Chiefs on some level, that’s not a level of play they always manage to bring to the table. And even as they won 7 of their last 9, a lot of those games were excruciating grinds against bad teams. You almost have to wonder when a team that hasn’t been this far in two decades is only 7-10 overall against the spread, including the cover last week in the wild card game. It’s not always easy-breezy with the Browns. And that same defense that gave up ungodly yardage in the second half last week is going to be hard-pressed to curtail the high-powered Chiefs’ attack.

In a way, resting Patrick Mahomes in week 17 and then being off last week could have an adverse effect. Not that this is unchartered territory for Mahomes, but while Baker Mayfield has been slugging it out, getting battle-tempered for the big run, Mahomes has been on ice. That goes for the whole team, and it wouldn’t be the first time we saw a better team get set off-rhythm by an upstart team that really had to fight to get to this spot. If I were a potential KC backer, I’m not sure how much comfort I’d derive from the factor of rest.

There is a lot to like about the Kansas City defense. They make a lot of plays and can take away the ball and even score. Guys like Frank Clark, Chris Jones, and Tyrann Mathieu are legitimate difference-makers. But while they don’t necessarily need to be great to help get the team over the hump, they’re not what you would call particularly stout. There aren’t a lot of offenses they’ve faced that are as multi-pronged as Cleveland’s. That run defense stands out as a problem area, with Chubb in high-gear, and Hunt may be looking to stick it to his old team. If, for some reason, the KC offense doesn’t hit the ground running, this side of the ball might be called upon to keep things together. And it might not be that easy.

Whereas the Browns got to this spot by winning two games against a fading Steelers’ team, they get no such cooperation from the opponent this week. All season, the Chiefs have clearly been the class of the league. Some wins were underwhelming, and there may have been spots where they seemed beatable, but a lot of what they do figures to work well against Cleveland. And being at home never hurts, especially against a team being asked to run the table on the road.

Mahomes commandeers a powerful offense behind a good line that looks to repel a strong Cleveland defensive front. It’s what Cleveland does in the back that elicits more concern. And we saw this manifest last week against the Steelers, as even a Pittsburgh offense that had been finding success elusive starting carving up the Cleveland secondary, with Ben Roethlisberger completing an absurd 47 passes. With Travis Kelce, Tyreek Hill, Mecole Hardman, Sammy Watkins, DeMarcus Robinson, Le’Veon Bell, and others, it’s not all that easy imagining the Browns’ defense being able to do much more than trying to prevent a full onslaught. And missing key guys like their top two corners, their top defensive end, and a starting safety doesn’t help things any, either.

The Browns have some upside, even in what appears to be an improbable mountain for them to climb. At least they have an offense that could theoretically keep pace with the Chiefs in stretches. They have an almost Cinderella vibe—a long-suffering franchise now being asked to overcome adversity and thrive in the underdog role. I just think they hit a wall here against a Chiefs team that is going to be hard to stop, especially with this Browns’ defense. I think the Browns could make them sweat before things eventually meltdown with the Chiefs pulling away for the win and cover at home.

Loot’s Prediction to Cover the Point Spread: I’m betting on the Kansas City Chiefs minus 10 points. Question: Did you know that you could be laying -105 on your bets instead of -110? Imagine how much money you’d save over the years! (Thousands!) We urge you to invest 5 minutes of your life to sign up at BetAnySports! It’s the best investment you’ll make in 2021!