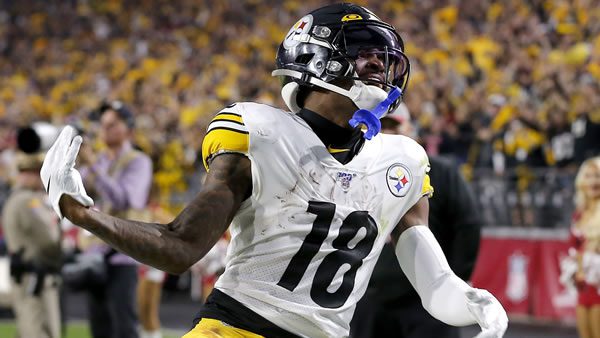 Point Spread: Cle -3/Pit +3 (Find the best sportsbook bonus – Don’t re-deposit for NOTHING! Grab a 100% bonus at one of many GOOD sportsbooks!)

It4.5s an AFC North battle in Pittsburgh as the hometown Steelers welcome the Cleveland Browns Monday Night. Betanysports.eu sets Cleveland as 3 point road favorites, and the game total at 41. The Steelers are hard to watch, but this will be future Hall of Famer Ben Roethlisberger’s final game in front of the Black and Gold faithful, so let’s count on Mike Tomlin to rally the troops and at least cover the short spread on Monday night. Here is the handicap.

Tomlin Is The Great Motivator

Both of these teams came into the season with hopes of not only making the playoffs but maybe making a deep run. Cleveland has been improving their team over the past few years and thought this would be the year they break through, win the division and play important January games. Pittsburgh thought Big Ben had one more good year in him, and with a revitalized rushing attack and a healthy defense, they could make some noise in the playoffs one more time. With two weeks left to play, both teams have some scenario to get in the tournament, but it’s clear neither of these teams belongs in the playoffs. Both teams terribly misjudged their quarterback situation, with the Browns thinking Baker Mayfield could lead a team to the top of the league and Pittsburgh not realizing Roethlisberger was done in 2019 (or earlier). So this Week 17 game comes down to which team wants it more, and Pittsburgh has a big advantage here.

Mike Tomlin knows how to motivate his team when the world is against them. In the past ten years, Tomlin’s Steelers are 11-3 ATS as home underdogs. Even this year, Pittsburgh have been home underdogs twice, and both times have not only covered the spread but also won the games outright. This doesn’t include the week 14 game against the Titans that Steelers were dogs for most of the week leading up to the game before closing as 1 point favorites – they won that game outright by 6 points. Tomlin will have his team fired up to send Big Ben out of the Steel City with a win against a division rival that everyone thinks is a better team. On the flip side, the Browns haven’t covered a spread in a game they were favored in since week seven against Denver. They have been favored three times since but haven’t cashed a ticket.

MORE: SEE ALL OF OUR COLLEGE BOWL GAME PREDICTIONS!

Pittsburgh Matches Up Well with Cleveland

The Steelers defense seems to look worse each week, and they are towards the bottom of the league statistically against both the pass and run, but it’s the teams that can throw the ball that give them the most problems. They have yet to beat a team that has an elite passer since Week 1 but have fared well against teams like the Titans, Bears, and Browns earlier in the year that can’t reliably pass the ball. In the Week 8 game in Cleveland, Mayfield managed only 215 passing yards on 31 attempts with no touchdowns. Pittsburgh will sell out to stop the run, but they will still give up yards and first downs. However, the Steelers are 5th in red zone defense and 11th on 3rd downs, so they can hold opponents to field goals and get off the field when they get a negative play on an early down.

Pittsburgh’s offense should also have some success. Roethlisberger threw for 266 yards and a touchdown in week 8. Pittsburgh has enough receiving weapons to create problems in a Browns secondary that is mediocre. The Steelers also had the time of possession advantage in Week 8, holding the ball for 32 minutes to keep their defense off of the field. Talent-wise, these two teams are very even, so this won’t be a case like last week where the Chiefs came out and steamrolled the Steelers. This will be an old-fashioned slugfest, and I think Pittsburgh will be the last team standing.

The Week 8 line in Cleveland was Browns -5, implying that if that game were in Pittsburgh, it would have been about a Pick-em. The Steelers won that game by 5. Since that game, the Steelers are 3-4-1 while the Browns are 3-4. Neither team has done anything special to move the needle to think that they should significantly move up or down the power rankings relative to the other team. As stated above, when the Titans visited the Steel City in week 15, they were 1 point underdogs to the Steelers, and the Steelers won and covered that game. Should we now believe that the Browns are four points better than the Titans? This game should be a Pick-em, but since the Steelers looked so bad in KC last week, we are getting some value.

Let’s count on Big Ben making going out with a bang in his final game at Heinz Field and the Steelers covering as home dogs on Monday Night. Bet your Week 17 NFL predictions for FREE by taking advantage of a 100% REAL CASH bonus on your first deposit of $100 to $300 at MyBookie Sportsbook! When registering, you must use bonus promo code PREDICT100. Click here get your free bets now!