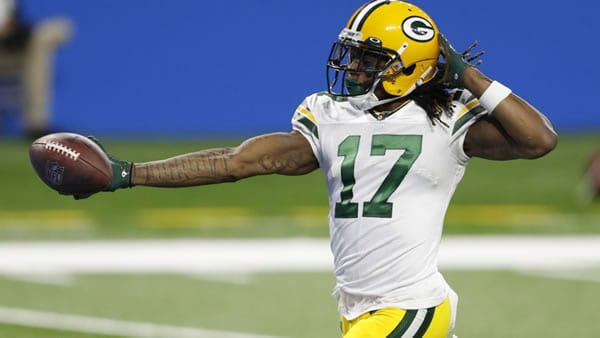 Point Spread: GB -4.5/BAL +4.5 at (BetOnline - One of the oldest and most trusted bookies! Offers a sweet live betting platform and some of the most aggressive bonuses for both new signups and re-deposits! Lastly, we texted every book on our site and they paid the fastest via bitcoin, in less than an hour!)

The Playoff push is in full swing, and one of the most pivotal matchups of Week 15 has the Green Bay Packers in Baltimore to take on the Ravens. Green Bay is a virtual lock to make the postseason, and they will look to hold on to the #1 seed while Baltimore is just a game ahead of Cleveland and Cincinnati in the AFC North. The Ravens are facing a growing possibility of missing the playoffs entirely, and Lamar Jackson is now nursing an ankle sprain ahead of this high-stakes contest. This is a fairly rare matchup with the teams meeting for just the fourth time since 2009.

Green Bay has been the most profitable team against the spread this season, so you can imagine they are riding several positive trends. The Packers are 7-1 ATS in their last eight as the favorite and have won five of the last six against the spread on the road. Extending back into last season, Green Bay is 16-5 ATS in their last 21 games overall. Baltimore is 16-6 ATS in the last 22 as the underdog, including a 5-1 ATS record as a home dog. The OVER has hit in eight of the last eleven Baltimore home games and seven of ten when Green Bay plays a team with a winning record.

It hasn’t always been pretty for Green Bay this season, but they have largely passed their toughest tests with wins against Cincinnati, Arizona, San Francisco, and the LA Rams. A loss against Kansas City at Arrowhead could have been more impressive than those wins as Green Bay was able to hold Mahomes and the Chiefs to 13 points. There have been injuries and special teams mistakes, but the Packers have looked the part of the best team in the NFC, with Aaron Rodgers leading a top-10 passing offense and the 7th best scoring defense holding up their end of the deal. Rodgers has thrown for 27 touchdowns against just four interceptions on the year and has ten scores over the last three games, with Green Bay averaging 38.3 points per game over that stretch. Aaron Jones looked somewhat limited over the last few weeks after returning from a minor knee injury but scored twice against Chicago, and his nine total touchdowns lead the team. Davante Adams (90-1204-7) continues to dominate, and his 61 receptions for a first down are 2nd most in the NFL. A reliable secondary pass-catcher has yet to emerge, but Marquez Valdes-Scantling and Allen Lazard have done a good job in making key contributions when needed. The defense is 9th against both the pass and the run, improving to 6th in total yards allowed. They are 8th in QBR allowed and 9th in takeaways, with free-agent, find Rasul Douglas leading the team with six interceptions.

The Ravens have some of the most distinct strengths of any NFL team, but a lack of complementary production has hurt them while losing the last two games. There is no doubt this team can run, they rank 3rd in rushing yards and possess the best rushing threat at the QB position, but they are a bottom-ten team in turnovers and 16th in scoring at 23.4 points per game. The defense is #1 against the run and allows 85 yards per contest, but the passing defense is 2nd-to-last, and the pass rush has netted the 6th-fewest sacks. Baltimore would rarely lose if the forward pass was outlawed, but as it is, they struggle when the opposition knows they are going to throw and have trouble holding leads against good passing teams. Lamar Jackson was carted off of the field last week, but his ankle injury has been assessed as relatively minor, and he should suit up on Sunday. He leads the team with 767 rushing yards while throwing for 16 touchdowns. Devonta Freeman has taken over the lead-back duties over the last several weeks and is second on the team with four rushing scores. Mark Andrews and Marquise Brown have six receiving touchdowns, and both have reached the 70-catch mark. No other Ravens receiver has more than 32, and only Sammy Watkins has averaged north of 13 yards per catch. A less-mobile version of Lamar Jackson could be in trouble against a good Packers pass-rush, and he will need to be better at pushing the ball downfield against a team that likes to attack the underneath routes. Marlon Humphrey and Anthony Averett have performed with the secondary duo combining for four interceptions and 24 pass defenses, but they are in deep water against Rodgers this weekend.

Packers Roll on the Road

Aaron Rodgers has proven he is a complex individual off the field, but he is money when he steps on it and has been again this season, regardless of the offensive line or receiver injuries or his very own broken toe. Green Bay can be beaten, but they usually need to help out with turnovers or major special teams mistakes, and they were even able to overcome that last week in a 15-point win against Chicago. Rodgers isn’t giving the ball away, and this offense is confidently making up for any mistakes by the defense or in the kicking game. Lamar Jackson is a unique talent, but I’m worried about any limitation that comes with his bad ankle, and the healthy Jackson has averaged just 16.6 points per game over the last five contests. The implied odds here have Baltimore topping out around 20 points which is right in line with what Green Bay gives up per game, and I don’t think that will be enough against the 28+ I am willing to give the Packers. Green Bay stays hot and gets a tighter grip on that No. 1 seed in the NFC with a 31-21 win.

Ted Walker’s Pick to Cover the Spread: Lay the points with the Pack! Also, don’t forget to check out our college bowl game predictions!