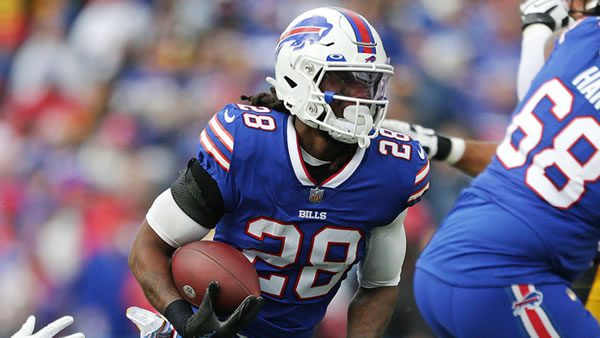 Eight weeks ago, we were looking ahead to Green Bay-Buffalo as one of the best matchups of the year but things haven’t panned out for the Packers and they are the biggest underdogs on the Sunday slate. The Bills appear to be near-locks for the AFC Championship game and they are mostly healthy after a Week 7 bye. The same cannot be said for Green Bay as injuries continue to mount with Allen Lazard and Rashan Gary the most recent and impactful additions to the questionable list. This would have been a tough game for the Pack with all hands on deck but they aren’t close to full health and are suddenly staring at four losses in-a-row. Aaron Rodgers has never been a double-digit underdog in his career, we will see if he can pull something of a miracle given the long odds in this game.

Green Bay has been ice cold of late, going 0-4 against the spread in their last four games and just 1-5 ATS in the last six on the road. Buffalo is 5-0-1 against the spread in their last six at home and have run up a 10-1-2 ATS record when playing a team with a losing record. The Under should be a popular bet after hitting in four of the last five when Green Bay plays a winning team and the Under has hit in each of the last four Buffalo games overall. Green Bay has lost its favorite status during their recent skid with 54% of public bets currently on Buffalo, even with the double-digit spread. The Over is seeing about 66% of the public money in the early betting. The head-to-head stats are all in Buffalo’s favor but the most meaningful might be the Bills 53% conversion rate on third down while the Packers convert just 35.4% of the time.

Consecutive losses to the New York Giants and Jets had Green Bay dealing with the first two-game losing streak in the Matt LaFleur era and things got worse last week. As four-point favorites, the Packers took a 14-3 lead against the Commanders in Washington but went cold on offense and dropped their third straight decision by a 23-21 final. Green Bay has squandered the easiest portion of their schedule and now face a legit MVP candidate in Josh Allen after failing to stop the likes of Daniel Jones, Zach Wilson and Taylor Heinecke. Father Time is undefeated and it looks like Aaron Rodgers is in an appreciable decline. The 11-3 touchdown-to-interception ratio is fine but Rodgers hasn’t thrown for 300 yards in any game this season and is one pace to throw for 3,650 yards in a sixteen game season. He has never thrown for fewer than 3,800 yards in a non-injury season, and Green Bay’s current 18.3 points per game average is good for 23rd in the league, a number that would also be a Rodgers-era worst if expanded to a full season. Aaron Jones leads the team with 432 rushing yards and is tied for second in receptions at 26. He has become the only consistent playmaker on offense yet is still somehow underused from a touch perspective. Jones is a top-ten back in terms of yards per carry but just 20th in attempts per game. The hodge-podge of wide receivers in Green Bay continues to not impress with TE Robert Tonyan leading the team with 30 receptions. Allen Lazard leads with 340 yards and four scores but he is questionable with a shoulder injury, leaving, Romeo Doubs as the next leading pass-catcher and he was just held without a catch last week. Even with the offensive issue, the Green Bay defense may be the bigger disappointment considering the level of quarterbacking they have played. This was supposed to be a championship unit but they are 27th in rushing yards allowed and that has allowed supposedly lesser teams to keep games close and keep mistakes to a minimum. Green Bay has just two interceptions and may have lost their best sack man as Rashan Gary is in the concussion protocol.

Ready to Prove It

Buffalo has ascended to the top of the AFC after beating Kansas City and Baltimore already. They will get their chance for revenge against Miami but the next several weeks have the Bills playing teams like Cleveland and Detroit along with Green Bay this week, so a winning streak could be in store. Buffalo enters the week as the top-rated offense in total yards gained and also the top defense in total yards and points allowed. The offense has been a bit turnover prone with the 7th-most giveaways but the defense has picked up the slack to net the 2nd-most takeaways and the Bills still sit at +3 overall. Josh Allen leads the second-highest scoring offense and his 17 touchdown passes trail only Patrick Mahomes. Allen also leads the team with 257 rushing yards and two scores. Deving Singletary averages 4.5 yards per carry but his only score has come on a pass reception and this offense is the definition of pass-first. Stefon Diggs (49-656-6) leads the team in all receiving categories and Gabe Davis takes the top off the defense at 27.4 yards per catch. The defense has multiple standout performers through six games with Jordan Poyer leading the NFL with four interceptions and Von Miller leads the Bills with six sacks.

Bills put the Packers through a table

This might very well be a new era for Packers betting. Green Bay was routinely one of the most reliable teams in their ability to cover against anyone but they excelled when playing good teams. That hasn’t been the case this season at all as their only two covers came against the Bears in Week 2 and then again the next week as small dogs to the Buccaneers. That Tampa game was a bit of fool’s gold as neither the Packers or the Bucs appear to be any good so this Green Bay team has a win against Chicago, a close win against Tampa, and an overtime win in Lambeau against Bailey Zappe and the Pats. None of those three wins suggest they are ready to push the Bills to the limit this weekend. A rested Buffalo offense should come out hot and a very limited Packers defense is going to be in a trailing position and have to throw. That was never a problem when the four-time MVP had receivers to throw to but the options are limited for Rodgers now and frankly, the talent is limited across the board. There is probably some better football ahead for Green Bay, but it doesn’t appear that this week is going to produce it and there is no amount of back-against-the-wall speeches that will help against a championship level team. Buffalo wins 31-17.

Pick to Cover the Spread: Buffalo