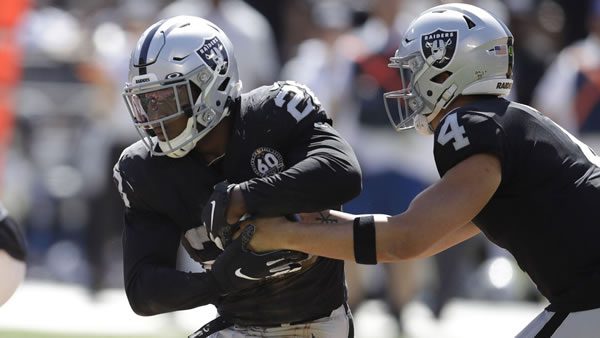 The Raiders have struggled on the road to this point in the year, but a visit to New Orleans to see former coach Dennis Allen might be exactly what they need. The Saints seem to be coming apart, as they have lost four of their past five games and haven’t really shown signs of stopping anyone. Even Tampa Bay, which isn’t doing much of anything on offense this year, still got 20 points on a defense that ranks next to last in allowing points.

And that’s before throwing in that New Orleans now has three quarterbacks who really aren’t good enough to start for an NFL team at this point in their careers. Whether it’s Jameis Winston, Andy Dalton, or Taysom Hill, each quarterback has a serious flaw that’s kept the Saints from being the best version of themselves in 2022. It also hasn’t helped that New Orleans keeps turning the ball over, having given the ball away 16 times while forcing just five turnovers. With Las Vegas getting far better quarterback play out of Derek Carr, the opportunity is there for the Raiders to snatch another win and get themselves back in the race for a playoff spot at the end of the season.

How the Public is Betting the Las Vegas/New Orleans Game

As long as Carr is healthy, the Raiders should have plenty of ways to attack the Saints, and they’ll likely do so with short fields. New Orleans has been notorious for giving the ball away and setting the opposing offense up with good opportunities to score, and the Raiders’ offense is effective enough with both the run and the pass to put up a lot of numbers if they’re fully healthy. Both Carr and Jacobs are a little banged up, but both should be healthy enough to handle the Saints and get the offense moving.
Against the Texans, the Raiders didn’t have much problem moving the ball and scoring. In fact, Las Vegas hasn’t had too many problems scoring against anyone, as the Raiders have scored at least 29 points in three straight games and covered in all of them. The offense is clicking at the moment, and the Saints don’t seem likely to stop them if they’re making turnovers.

With the season slipping away from the Saints, they decided to continue to stick with Andy Dalton at quarterback even as Jameis Winston returns to health. In truth, the Saints’ offense has not been the problem as long as it avoids turning the ball over. New Orleans has put up plenty of points over the past three weeks, but the Saints have undone most of their work with bad turnovers that left them on the wrong end of shootouts with both the Bengals and the Cardinals.
The Saints actually rank third in the league in yards per game and seventh in the league in points scored, but they have shot themselves in the foot by ranking dead last in giveaways. In the loss to Arizona, Dalton tossed two pick-sixes near the end of the half, ruining any chance the Saints had of winning that game. New Orleans has enough offensive talent to score, but with a weak defense and an offense that keeps giving teams chances, it often doesn’t work.

Taking the Raiders in October is a great way to make money. Vegas has now covered in five straight games in October, and all five of those games cashed on the over. The Raiders are going to put up points, and they’re hitting a softer part of their schedule, making that more likely. New Orleans has also been point-heavy in October, as 10 of the Saints’ past 11 games in October have gone over the number.

Inside the Superdome, there is no weather to worry about.

I really don’t like what I see from the Saints right now. The offense is decent enough, but the turnovers just keep catching up with them game after game. When you give an offense that already scores in bunches extra possessions, you are just asking for trouble.

The Raiders should have a sizable edge in this matchup. Give me Vegas here.