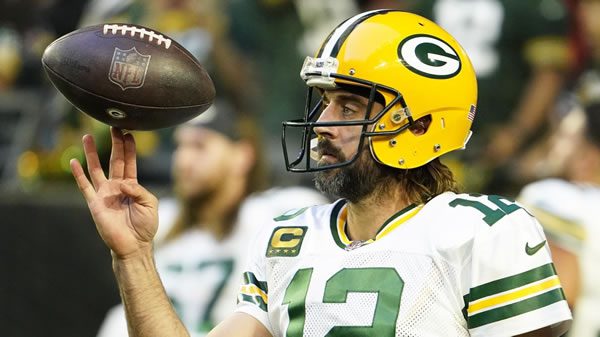 The NFC is so chock-full of two and three-win teams through six weeks that there is only a one-game difference between the No. 3 seed and the #14 seed. There are so many teams bunched up and fighting for position that every week becomes important. Green Bay heads to Washington for a battle of mid-pack teams. The Packers dropped consecutive decisions for the first time in the Matt LaFleur era while the Commanders are dealing with the loss of starting QB Carson Wentz to a hand injury. Typically, a backup quarterback is blood-in-the-water for Green Bay, but they have struggled against the likes of Bailey Zappe, Daniel Jones, and Zach Wilson, so the name of the starter hasn’t been the issue. Taylor Heineke has appeared in 24 career games and got the start last year against the Packers. That game ended in a 24-10 Green Bay win, but Heineke threw for 268 yards and rushed for another 95 as the Commanders outgained the Packers but couldn’t get points on the board.

A slow start has not been unusual in Green Bay, but they typically have things figured out by this time, and that just isn’t the case this season. The offense has been remarkably stagnant, and their current average of 17.8 points per game is the lowest during any six-game stretch with Aaron Rodgers as the starter. Injuries have plagued an already pedestrian receiving corps, and now Randall Cobb will miss several weeks with an ankle issue. Allen Lazard has never had to be the primary target, but this is his time to prove it, and he has shown some signs while leading the teams in receiving yards (285) and touchdown receptions. Robert Tonyan has taken the team lead with 27 catches with Romeo Doubs right behind him, but both are averaging below ten yards per reception. The only big play threat is Aaron Jones, and the Pack haven’t been able to get him the ball consistently since Week 2. Rodgers publicly aired his opinion that this offense needs to be simplified, and that has to include getting Jones the ball more both in the run game and catching passes out of the backfield. The defense was thought to be a top-5 unit, but they are 27th against the run and allowing 20.5 points per game. They do rank as the best passing defense in terms of yards allowed, but that stat is deeply affected by the lackluster QBs they have played. Even with games against the likes of Fields, Zappe, and Zach Wilson, Green Bay has managed just one interception on the season.

Heineke is firmly on the list of best backup QBs in the league after starting 15 games last season and throwing for 20 touchdowns against 15 interceptions. Those aren’t massive numbers, but he has completed 65% of his career attempts and has rushed for 368 yards to present some dual-threat ability. The offense was averaging 17 points per game under Wentz, so Heineke has every chance to meet that level of production, and Washington averaged 23 points per game under Heineke last season. The run offense is near the bottom of the league, with Antontio Gibson averaging 3.5 yards per carry and the team under 100 yards per game overall. Terry McLaurin had a touchdown grab against Green Bay last year and leads the team with 367 yards so far this season. Curtis Samuel leads the team with 34 receptions, and the backfield duo of Gibson and J.D. McKissic has combined for 43 catches, but that trio has just two scores between them, and none average more than nine yards per reception. Jahan Dotson was a difference-maker with four touchdowns in his first four games, but he is sidelined with a bad hamstring. The Commanders’ defense has forced the fewest turnovers in the league, and their run defense enters the week as a bottom-10 unit. Four different Commanders have at least two sacks, but none have more than three, and the defense cannot generate the big play to flip the field or give the offense an easy opportunity.

Despite the recent woes, Green Bay has been one of the best bounce-back teams in the league, and we shouldn’t just write them off. Every single facet of this Packers team has underperformed, including a special teams unit that allowed two blocked kicks last week, but some regression to the mean should see this team see more success against a mediocre Washington team. Heineke is a gamer and can complete all the NFL throws, so look for him to keep the Commanders in the game, but Green Bay has a chance to stifle this Washington run game, and that will put too much pressure on the backup QB. Rashan Gary and Preston Smith have combined for 9.5 sacks to this point, and the pressure those two can bring will eventually pay dividends with turnovers. Green Bay gets a couple of short fields, and that is enough to get a 26-20 win and cover.

Pick to Cover the Spread: Green Bay. if you bet parlays, it’s important that you’re doing so at the online bookies that offer the best parlay odds on the web!