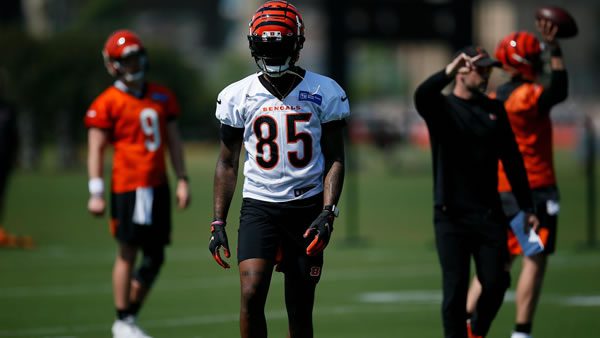 The Minnesota Vikings and Cincinnati Bengals kick off their season on Sunday with a Sunday battle at Paul Brown Stadium. Both teams are looking to get into the playoff picture. Minnesota is seen as having less ground to cover, having been an on-again/off-again playoff presence for the last several seasons. Last season was a disappointment at 7-9. Cincy was even further off the pace at 4-11-1, and since the end of their playoff run in 2015, they are just 25-53-2. But with young QB Joe Burrow and other promising pieces, there is hope in Cincinnati for a change. Who can kick off their season on a positive note on Sunday at Paul Brown Stadium?

Time to Look at the Bengals Differently?

There is a robust chance that the perspective that worked on the Bengals the last several years might not hold a ton of water this season. That’s not to say that it will all come off swimmingly, but it could. And if it does, a revamped perspective will need to be hastily achieved. Let’s get a head-start by acknowledging the potential of this long-suffering franchise. They’ve been an easy team to blow off, especially when every other team in their division makes the playoffs like last season. But I think Burrow offers hope with a loaded receiver package featuring Tyler Boyd, Tee Higgins, and rookie and former Burrow LSU teammate Ja’Marr Chase. At the very least, they’re a team who will be able to air it out.

Possible Cincy backers could be salivating at the prospects of this aerial offense going against a Minnesota secondary that wasn’t that great last season. They relied on a big youth movement at the corner, and it didn’t really work out. Getting Patrick Peterson helps, but he’s on the wrong side of 30. With promising youth having failed to deliver, a lot of moving pieces, and bringing in some aging players, one wonders how solid this aspect of the Vikes’ defense will be. Let’s just say it wouldn’t be too surprising if, on Sunday, we see a Minnesota defense in a stadium they rarely see struggling to keep pace with the aerial menace Cincy should be bringing to the table this season.

Can the Vikings Offense Realize Its Potential?

Excuses are running out for Kirk Cousins and this offense. This is really a show-and-prove type of season. After all, Cousins has some special artillery at his disposal. Dalvin Cook is a fantasy league monster and the most dangerous dual-threat back in the league. They have a receiver in Justin Jefferson coming off one the biggest rookie seasons of any receiver ever. Adam Thielen is also a beneficial piece. But alas, it doesn’t just come down to the skill positions.

Despite a heavy emphasis in the draft and elsewhere, forming a serviceable offensive line has been elusive for the Vikings. Not that the Bengals don’t have some of the same problems upfront, but they have the mobile Burrow. Cousins, meanwhile, isn’t so effective unless the pocket is as clean as a whistle. Otherwise, he struggles mightily. Maybe a new look line can help bridge some of those gaps, but it hasn’t been easy with this being a recurring sore spot. A lot is depending on youth, and it remains a big question mark.

Can the Bengals Defense Stop the Vikings?

Cincy will be up against it with the stars on the Vikings’ offense. Unless they can make a strong statement, they might not be able to keep pace. There were some promising additions. Upfront, they hope Trey Hendrickson can show the same pass-rush menace he showed in New Orleans, with Cleveland DT Larry Ogunjobi adding some heat on the inside. They look for Sam Hubbard to bounce back after a down 2020. The Bengals’ secondary is a bit of a question mark, but some signs look good with the signings of Mike Hilton and Chibode Awuzie. Trae Waynes returns from an injury. Add in emerging safety Jessie Bates, III., and one could see this secondary and entire defense being on the rise in 2021.

Now, with TE Irv Smith out for the Vikings, depth is a problem. They are also without Kyle Rudolph for the first time in a decade, so they’re much thinner at tight end. In addition, once you get past Jefferson and Thielen, it’s not easy to identify legitimate aerial threats on this roster. That lack of depth, combined with a dodgy front, could be just enough to let the Cincy defense key in on a few people and make the Vikes beat them another way.

Questions for the Vikings?

They seem like a team that is at the mercy of how the stars align. That can be said of any team, but it’s a hard team to get a read on, particularly heading into week one. They’re hard to pin in midseason when you have a lot of information. They have stars on offense that can control a game. With so many returning pieces on defense and coach Zimmer’s handiwork, that could again become a team strength. But that line was hot garbage last season, and Cousins really seemed to suffer from it, frequently getting a stunningly-low amount of overall production considering the tools at his disposal.

Obviously, it’s been a while since taking an optimistic preseason stand on the Bengals has paid off. I just think this is a tough spot for the Vikings, a little out of their element against a team on the rise whose true power might not be known. I see the Cincy defense creating enough heat upfront to set the Minnesota offense just off-rhythm enough so they can keep pace with Burrow and Company en route to a cover at home. I’ll take the Bengals.

Loot’s Prediction to Cover the Point Spread: I’m betting on the Cincinnati Bengals plus points. This would be a GREAT pick to include in a teaser! Check out which sportsbooks offer the best teaser odds, including one where you can move the line up to 20 points!