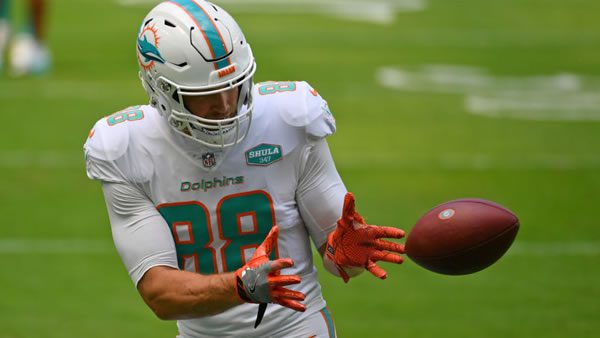 Point Spread: HOU +7/MIA -7 (Betanysports - A book that only charges you -105 odds on all sides and totals! Imagine how much loot you’d save by switching!)

The Houston Texans come to Hard Rock Stadium on Sunday for a showdown with the Miami Dolphins. This AFC battle features two teams that have seen their share of hard times this season, both at 1-7. They also have a week one win in common that has been followed by six straight defeats each. On Sunday, the Bills fell, 26-11, to the Bills in a divisional battle where little went right. Houston lost to the Rams, 38-22, falling into a huge hole, before finally seeing their offense get untracked in garbage time. Who can deliver the cover in this spot?

How to Break This One Down

The lack of marquee value of this matchup aside, it’s an interesting game nonetheless with a lot of moving pieces. With 1-7 records comes turmoil. With the “Fins having won ten games last season, they have perhaps landed in this spot with more of a thud. The Texans at least had time to wrap their heads around what seemed to be the highly-probable fact that this season was going to be tough. For Miami, this is something new that is settling in, with their coach on the hot-seat and numerous things simply not working.

Houston is in no position to rejoice on another team’s misfortune. Before Davis Mills starting hitting targets late in the game against the Rams on Sunday, they had gone three-plus full games worth of time without so much as a TD. It almost speaks volumes that the anticipated return of QB Tyrod Taylor is seen as some saving grace, even though it would help to have some competent quarterbacking. They have no ability to stop the run, but then again, Miami can’t run the ball a lick, either. There is little to like from either team from an actual football sense. In cases like that, sometimes you have to look elsewhere. But finding who may have a mental edge here is tough considering recent events.

Looking for an Edge

The best part of either team may just be the Miami pass-attack. Granted, it didn’t surface last week against a tough Buffalo secondary, but that’s not something Houston has. Miami is a hit-and-miss aerial offense. When they hit, though, it can really register. But all told, the Texans haven’t been torn apart for the most part against passing attacks. And the Tua connection with Jaylen Waddle, DeVante Parker, and others isn’t one of the more-fearsome groups Houston has faced this season. Still, if looking for shining points on either team, the pickings are going to be slim, and the occasional Miami offensive spurt is the best thing we’ve seen this season from both teams.

Still, it might be the Houston defense that is stronger overall. No team has given up more yards than the Dolphins this season. They’ve been in some tough spots, with Tampa and two games against Buffalo. And they did keep Buffalo subdued for much of the game last week. But even teams that are struggling manage to have good days against this group. And for Taylor or even Mills, this isn’t going to be among their toughest spots from a matchup perspective. A garbage-time flurry late on Sunday doesn’t undo what was quarter after quarter of total futility, but momentum has to count for something in a context where other optimism is so thin.

MORE ACTION: GET THE REST OF OUR WEEK 9 NFL PREDICTIONS!

However, It would be fair to perceive Houston as the bigger dumpster fire in this equation. They have a star QB they can’t play, who doesn’t want to play, or who even knows at this point? They traded away their leading rusher and team leader Mark Ingram last week for some cheap draft picks. It’s a posture of resignation and a bad message to the team in the middle of the season. It’s really professional pride keeping this machine moving forward at this point. Not that Miami is in a better headspace, going from fringe conference contender to doormat in rapid fashion, but they’ve been spared of some of the more bizarre items that have befallen Houston. Their coach could soon be dust, but there’s not a total chasm between the team and the front office, and at least the bulk of their personnel is intact.

Could Miami Be Worse Than Houston?

With a team like Houston, fans and bettors have more or less been resigned to the fact that they stink since the preseason. With Miami’s collapse being a more real-time event that took months to unfold, people might be reluctant to truly internalize their actual status. They are truly a bad team. It’s not a team that you might have thought was going to be good having problems where you can say they’ll snap out of it. No. This is simply a bad team in the truest sense of the word. They can’t run the ball. They can’t stop the pass. Seldom does anyone on offense have a difference-making performance.

Miami’s pluckiness against the Bills last week and the occasional Tua aerial spurt is enough in this matchup to warrant rightful concern. I just think with the potential of Taylor returning, along with an offense that might be coming around a tiny bit, taking the points in this scenario seems like the right move. Waiting for Miami to come around is officially a losing play at this point. With some life on offense this week, I see Houston keeping this one competitive. I’ll take the Texans.

Loot’s Prediction to Cover the Point Spread: I’m betting on the Houston Texans plus 7 points. Make the Texans a +26 underdog by placing them into a massive 19 point NFL teaser found at Wagerweb Sportsbook!`