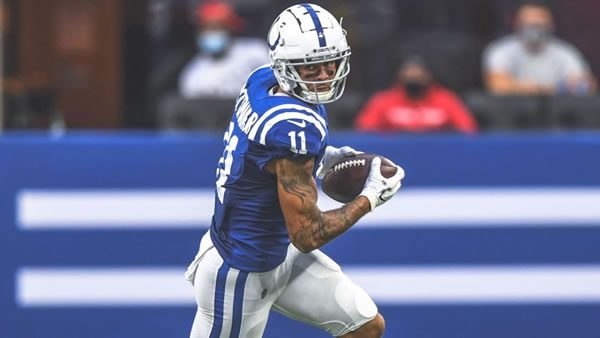 Total: 46.5The Indianapolis Colts three-game winning streak was snapped last week in a 38-31 shootout against the Tampa Bay Buccaneers. The Colts actually led the majority of the game before a couple of key turnovers shifted the momentum away from one of the hottest teams in the AFC. Even with the loss, the Colts remain in the thick of the AFC Wildcard race and perhaps still have a shot at the AFC South due to Tennessee’s current struggles. For those playoff hopes to stay alive, the Colts must take advantage of a relatively weak remaining schedule, which starts with a road trip to Houston on Sunday at NRG Stadium.

After an upset victory over Tennessee in week 11, Houston dropped a disappointing 21-14 loss to the Jets. At 2-9 SU, the Texans are officially the worst team in the AFC with losses in nine of their last ten games. Head Coach David Culley had his work cut out for him when the off-season issues arose around star QB Deshaun Watson. The Texans gave the season a chance with QB Tyrod Taylor, but he was injured in just the 2nd game of the season, and the offense has been behind 3rd string QB David Mills for the majority of the season. Even with Taylor returning to the lineup in recent weeks, it is apparent that Houston has already started looking to the 2022 season after severing ties with the likes of Mark Ingram, Phillip Lindsay, and others in recent weeks.

Despite the offensive issues, Houston has a respectable defense. The problem is that most people rarely notice because the offense has been so terrible. In this week’s match-up against the Colts, Houston’s defense will get the difficult task of trying to slow down the NFL’s top running back in Jonathan Taylor. Taylor posted his least productive output since week 3 in last week’s loss to Tampa Bay and still accounted for 97 yards with a touchdown. The Colts breakout running back is averaging over 100 yards per game on the ground and is more than 300 yards ahead of the rest of the NFL’s top rushers.

I will be the first to admit that the Indianapolis offense is relatively pedestrian. QB Carson Wentz is a turnover-prone and inconsistent version of his prior self. The Colts receiving corps is not necessarily impressive either, with the exception of Michael Pittman, who is routinely underutilized. Therefore, there is a chance that Houston hangs around in this game if the Colts are not able to run the football at the effectiveness rate we have seen in recent weeks. The only problem with that possibility is that Jonathan Taylor appears to be in one of those rare stages where a running back truly looks unstoppable.

On the other side of the football, the Colts’ defense has been solid this season and will get an advantageous match-up against a Houston offense that has no answers. QB Tyrod Taylor has been mediocre at best since returning from injury. The Texans running threat has been non-existent, and the offense’s only bright spot surrounds the elusive receiving threat of WR Brandin Cooks. Unlike former QB David Mills, Tyrod Taylor has targeted the Texans only weapon even less since returning with just eight combined targets over the last two games. Needless to say, I don’t have much optimism that Houston is really trying to “solve” any of their issues.

Jay’s Pick: Both offenses have been inconsistent and turnover-prone throughout the season. I would not be surprised to see an ugly performance from both offenses in this game and will take my chances with the “under” 46.5 total, Bet your Week 13 NFL picks for FREE by taking advantage of a 100% REAL CASH bonus on you first deposit of $100 to $300 at MyBookie Sportsbook! (Must use bonus code PREDICT100).