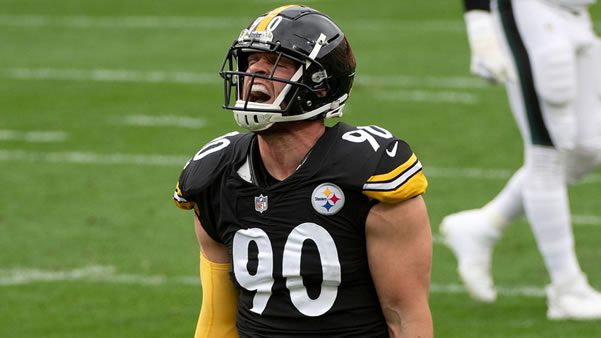 The Las Vegas Raiders come into Heinz Field on Sunday for a big week two AFC battle with the Pittsburgh Steelers. On Sunday, Pittsburgh marched into Buffalo, notching an upset 23-16 win. They played well on both sides of the ball against a team that only lost once at home last season. Now in their home-opener, they look to push it to 2-0 against the Raiders. On MNF, the Raiders hung in there against the Ravens after falling behind, staging a memorable comeback win in overtime, 33-27.

Things That Sunday Reminded Us About Pittsburgh

Heading into the new season, a lot of people seemed to be sweeping the Steelers under the rug. Their second-half to last season, where they started with a big unbeaten streak, helped fuel that perception. But still, for the bulk of last season, they were the class of the AFC. Sunday reminded us why. They should be able to run the ball better with rookie Najee Harris, but Ben Roethlisberger looked pretty good. They have a lot of weapons through the air with JuJu Smith-Schuster, Chase Claypool, Diontae Johnson, Eric Ebron, and others. Big Ben can still move this offense. And just organizationally, they seem to be a little extra urgent after not seeing it work out the last few seasons—the definite low-point of the Mike Tomlin era.

Even more impressive was how the Steelers stymied the Bills’ offense for much of the game, making Josh Allen look more like the struggling youngster he was before blossoming into a star. TJ Watt had two sacks and was very disruptive with a forced fumble. Cameron Heyward also got to Allen and recovered a fumble. It seemed like the addition of Melvin Ingram freed up some other guys. Safety Minkah Fitzpatrick was all over the field. It’s a defense that has the ability to be really good—a stout and playmaking “D” that can make a major impact even against good offensive teams.

Did Week One Paint a Faulty Image of Pittsburgh?

It is, after all, just one game. Some of the Steelers’ perceived weaknesses didn’t manifest in Week one, but they could moving forward. Not that the Raiders have a feared defensive front that can take advantage of it, but the Pittsburgh offensive line could be undermanned with a lot of new faces, not all of them highly-touted. With a rookie back getting most of the work, we saw on Sunday how it’s not going to be a cinch getting that aspect of their offense untracked. And sometimes, even with all the aerial artillery, Big Ben doesn’t connect consistently with his main targets. It’s a hit-and-miss offense. They thrived on Sunday in spite of a scoreless first half. Still, rallying the way they did amidst difficult conditions was a good sign any way you want to cut it.

Perhaps their defense is ready to take the next step toward respectability. The growth of Maxx Crosby as a pass-rusher has made the front more of a threat. A lot of youth in the secondary could begin to come around, with guys like Jonathan Abram, Trayvon Mullen, and others developing. And they added a lot of pieces that didn’t garner a lot of attention but still surfaced in a respectable and strong-closing showing against Baltimore on MNF—guys like KJ Wright, Yannick Ngakoue, and Denzel Perryman, The “D” showed a nice mix of youth and experience and maybe at least slightly-upgraded.

As is often the case with this defense, they play in tandem with a clutch offense when their backs are against the wall. Despite having holes and being against a dangerous Baltimore offense, they were able to tighten up late, make some big plays late, and help stage the big comeback win in OT. Their ability to find answers after an uneven first half was admirable. It was the kind of galvanizing week one win that could put wind in their sails moving forward.

Derek Carr probably gets a bad rap. He is nimble, accurate, and usually clutch in close games. He plays really well in the fourth quarter and, over his tenure, has delivered in a pinch time and time again, despite less-than-stellar team results over that time. Kenyan Drake didn’t surface in week one until very late, but Joshua Jacobs sure did, and the offensive line didn’t look as bad as advertised. A lot of new faces and some injuries had people thinking it was going to be really ragged up-front. And with Darren Waller breaking loose, he’s one of the more productive tight ends in the game.

There are still times where they really languish. You’ll keep hearing about all these good young receivers. But then you tune in, and there are times where guys like Henry Ruggs and Bryan Edwards are utterly invisible. On MNF, they both had zero receptions until very late in the fourth quarter. That’s an astounding figure for two starting wide receivers. The way both came on late in the game and in overtime, however, was impressive. But going that long in games without any sustainable aerial production at those key positions could cost them moving forward.

It’s still young in the season, but coming off the short week of an ultra-draining overtime win, the Steelers could be a tough road spot for the Raiders. Potential Steelers’ backers should be rightfully concerned about how the Raiders looked toward the end of the game and how their defense was able to prevent Baltimore from establishing too much of a foothold. Against a Steelers team that looks a little more ready to hit the ground running in the early season, the going won’t be so easy. In a battle of teams who typically thrive early in the season, I see the Steelers edging the cover at home. I’ll take the Steelers.

Loot’s Prediction to Cover the Point Spread: I’m betting on the Pittsburgh Steelers minus 6 points. Bet your Week 2 NFL picks FREE by taking advantage of a 100% real cash bonus on your first deposit of $100 to $1000 at BetNow!