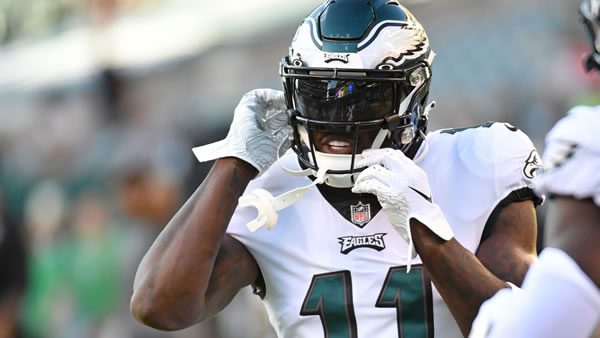 Through 14 weeks, only one NFL team has secured a playoff spot and that is the Philadelphia Eagles. Philly is in the driver’s seat to earn the #1 seed overall with Minnesota’s loss giving the Eagles a two-game lead, but there is business to attend to in the form of the Chicago Bears. Philadelphia is the second largest favorite of the week, and they are looking to extend their current five-game winning streak against Chicago, with 2011 marking the last time the Bears beat the Eagles. Jalen Hurts can further his MVP chances with another good performance, and the emerging QB battle between him and Justin Fields might be the matchup that settles the NFC in years to come. Chicago has played several close contests and is probably better than the record states, but they have lost four straight against the spread and are 2-3 ATS this season when getting at least seven points.

Philadelphia has been solid against the NFC with a 5-2 ATS record in their last seven conference games but has struggled on the road with a 2-6 mark against the spread in the last eight away from home. Chicago is 2-6 against the spread in the last eight against a team with a winning record and has just one ATS win in their last five games at Soldier Field. Chicago also has a poor long-term trend, with just five ATS wins in their last 23 games following a bye week. The Over has paid in seven of the last eight Eagles games overall and four of the last five against a team with a losing record. Chicago is 19th in points scored on the season, but they have been better of late, and the Over is on a seven game win streak, with four of the last five hitting the Over at Soldier Field. The public is siding with Philly about 57% of the time at -9 with a near 50-50 split on betting the total.

The Eagles have been the clear-cut favorites for most of the season, and they have the metrics to back it up with top-3 ranks in total yards, rushing yards, and the NFL’s best scoring offense at 29.7 points per game. They turn the ball over the least and create the most turnover on defense to boast a +14 turnover differential which is five better than the next closest team. In general, the Eagles’ defense gives up the second-fewest yards overall and is the stingiest pass defense, with just 178 yards allowed on average. Jalen Hurts is hitting on 68% of his passes and has already set a career-high with 3,157 passing yards through 13 games. His three interceptions are the fewest in the league, and his 32 touchdowns (22 passing, ten rushing) trail only Patrick Mahomes for the QB lead. Miles Sanders has hit the 1,000-yard mark on the ground, and his 11 touchdowns lead the team. The receivers are led by A.J. Brown at 1,020 yards and ten touchdowns, but Devonta has logged the most catches of the group. TE Dallas Goedert is the third leading receiver, but he remains on the short-term IR with a bad shoulder. Haason Redick leads the team with ten sacks and three forced fumbles. His 84 sack yards lost are good for the fifth most among all defenders. The Eagles secondary has an NFL best 15 interceptions, but they are without C.J. Gardner-Johnson, who leads the team with six picks.

So Close, yet So Far

October and November saw Chicago play some inspired football against good competition, with once score losses to the Giants, Vikings, and Dolphins. The last two weeks haven’t been as kind, with the Jets and Packers making things look rather easy, and the Bears again have their eyes fixed firmly on the future. Chicago had a nice run where they averaged nearly 29 points per game for more than a month, but they have managed just 29 total over the last two games, and the passing game is putting up a league-worst 140 yards per game. This is the best rushing offense in the league, and Justin Fields has a chance to join Michael Vick and Lamar Jackson as QBs with 1,000 yards rushing in a season. David Montgomery is grinding out a pedestrian four yards per carry, but he has shouldered the bulk of the work with Khalil Herbert out due to injury, and Montgomery is fourth on the team in receptions. TE Cole Kmet leads the team with five receiving touchdowns and is emerging as a valuable weapon in this offense, while Equanimeous St. Brown is averaging 16.5 yards per reception and has developed some chemistry with Fields once the QB breaks the pocket. The Bears defense has been pretty good against the pass but is 27th against the run and 29th in points per game at 25.6 allowed per game. Chicago is last in the league with 16 sacks, and opponents convert on nearly 50% of third downs.

Philly Stays Hot and Gets the Cover

Chicago has likely played its best football of the season, and while they showed some promise for things to improve in coming seasons, this game and this opponent are probably beyond their current talent level. The Bears are also beat up with Eddie Jackson and Darnell Mooney both on the IR. DBs Jaquan Brisker and Kyler Gordon are both in the concussion protocol to leave Chicago’s secondary rather thin. The Bears will see some success in running the ball against an Eagles rushing defense that is right around league average, but Chicago is scheduled to be trailing in this one, and that is going to lead to too many passing attempts for Fields. Chicago won’t get enough points on the board to really threaten the Eagles, and Philly’s playmakers turn in another 30-point day en route to a 31-16 win.

Pick to Cover the Spread: Philadelphia. Note: You’re probably laying -110 odds on games when you bet. Did you know that you could be laying only -105? Making the switch to reduced juice betting will save you THOUSANDS of dollars over the years! Be smart! Bet for less at BetAnySports!