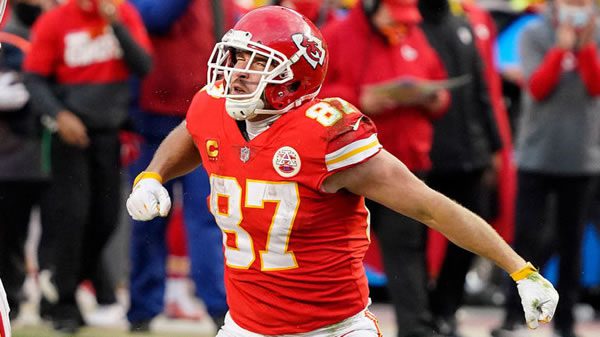 The Kansas City Chiefs battle the Houston Texans at NRG Stadium on Sunday in a week 15 AFC battle. One is immediately struck with the dichotomy of team trajectories this week, with the 1-11-1 Texans taking on perennial AFC contender Kansas City. But with the Texans at home and getting two TDs, maybe that more than evens the playing field in some people’s eyes. To their credit, the Texans came within a stone’s throw of upsetting the Cowboys last week, with some late miscues by players and probably coaches alike costing them a 27-23 loss. Kansas City, meanwhile, bounced back from a loss the previous week to Cincy, beating the Broncos, 34-28, for their 6th win in their last seven games. Who can deliver us the cover on Sunday?

Can a Case Be Made for Houston?

Any ATS case can be made, so the Texans are no exception. This might not be a spot where a Kansas City team that has covered just three spreads all season despite ten wins will be shot from a cannon against the one-win Texans. There’s a reason they’re 3-9-1 against the spread. They sometimes cruise with the lead and don’t unload on outmanned teams. The blowouts haven’t been coming as frequently this season for the Chiefs. Not that they don’t have the firepower to do it on occasion, but they seem to be more subdued on offense. In addition, despite the recent upsurge of Isaiah Pacheco, they can’t really run the ball very well. They still have a massive TE presence with Kelce, but the WR pool is more of a mish-mosh, and you never know who it’s going to be from week to week. We see Mahomes threatening to hit his all-time high with picks, and it’s just not quite the same, therefore, it’s not the slam-dunk that Houston just dies on a vine here and gets utterly wiped out.

Houston doesn’t have a ton going for it, as is typical with a one-win team heading into week 15. Dameon Pierce is out, yet another setback for an offense that can’t afford it. It’s just that whereas most teams find much of their success against the Chiefs aerially, Houston can’t really do much in that area. Brandin Cooks goes from being injured to disinterested and has vanished somewhat from this offense. Nico Collins is questionable, and last week, they started Phillip Dorsett and Chris Moore at WR. And still, they really should have beaten the Cowboys. They still seem to be playing hard for Lovie Smith, with those getting playing time are trying to make a good impression.

Houston is a team running backs have picked on with impunity this season. And while this is a spot where Pacheco can do damage, running the ball is not their strength, perhaps lessening the impact of Houston being dead-last in that area. And maybe teams have run the ball so easily that they haven’t pushed Houston aerially like KC will this week, but Houston hasn’t been that bad on defense against the pass. We’ve seen some stout coverage and big plays from this part of the Houston defense made all the more impressive by their failings up-front with a defensive line that has been run over for much of the season.

Issues for the Texans This Week

Perhaps we’ve gotten complacent with a Chiefs team that is accustomed to success, banking that a certain apathy we’ve seen in certain spots will persist. In other words, the light at the end of the tunnel is coming into view, and while the Chiefs have an inside track to homefield advantage, there is a gaggle of teams in the running, and now is the time to turn on the juice. We’ve seen the Chiefs press for this during their tenure as a top AFC team, where this part of the season represents a little boost in their urgency, with more covers and lopsided beatings.

More Picks: Get our capper’s recommended bet on the Ari/Den Week 15 game >>>

One could talk all they want about the Chiefs’ issues in running the ball, the state of their secondary, or how the WR crew is a big old mish-mosh. In a football game, the simple component of firepower oftentimes will resonate. The Texans’ offense is packed with guys who would either struggle to crack the Chiefs’ roster or get much playing time, especially if Pierce, Cooks, and Collins continue to miss time. The Texans are just unequipped to deal with the Chiefs’ firepower. One could say the Texans have managed to keep teams like the Cowboys, Dolphins, and Eagles from exceeding 30 points, and that would bode well at home when getting two touchdowns. Still, the firepower differential is staggering.

The Texans are at home in a no-pressure spot where they can be loose, and sometimes that’s what it takes for a team to buck the odds. I don’t think Houston fans should count on the Texans winning this or even being all that competitive, but it’s also a spot where the Chiefs might not go all out. Houston fails to elicit much urgency, and this is a win-and-get-out-of-town spot for the Chiefs. Not that a blowout isn’t on the table, but I suspect this might mean more from a pride standpoint for the Texans, who need all they can get to justify their efforts in what has been a fruitless season. In any event, I suspect the Texans will keep this from getting too out of hand and cover the spread on Sunday.

Loot’s Prediction to Cover the Point Spread: I’m betting on the Houston Texans plus 14 points. Note: Be sure to check out our College Football Bowl Game Picks!