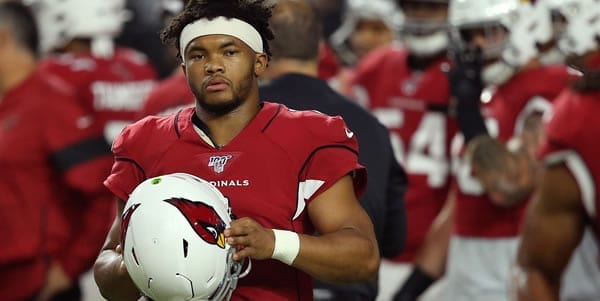 The Los Angeles Rams come into State Farm Stadium to take on the Arizona Cardinals in NFC West action on week 13. After suffering their fourth straight loss a few weeks ago to the 49ers, the Cardinals got the bye week and at home, look to get some better results. That also goes for a Rams team that fell to 6-5 on MNF, becoming the latest team to get lambasted by the Ravens, suffering a tough 45-6 loss at home. Can they find better luck this week within their own division?

Arizona: As Bad as it Looks?

For a team struggling to regain its footing, the signs have been mostly positive for the Cardinals. But after getting to 3-3-1 with three straight wins, the results haven’t been great from a bottom-line sense. Coming off the bye, they hope to rediscover their form. When teams like Arizona are trying to orchestrate an about-face with their franchise, there are going to be bumpy passages, and this is one of them for the Cardinals.

Still, context is important, and with four road games in five weeks, Arizona just wilted a little is all. After going into New Orleans, they had to play the Niners twice, and they were unable to really hang in there during what was an excruciating part of the season. Still, some of the losses were very close, and to consider Arizona, a plummeting team heading into this week could send us down the wrong path. In fact, it’s fair to say the Cardinals have gotten more out of what they have than the Rams this season.

Rams: Is it Over?

On one hand, a growing list of teams have been getting lit up by the Ravens and some of those squads went on to win again and even get themselves pointed toward a postseason run. At 6-5, one would be inclined to say a team is still in it, but a look at the NFC playoff picture, where you have the 6-5 Cowboys leading the NFC East and then five other teams with at least an 8-3 record vying for the five other spots, the picture starts looking pretty bleak for last season’s conference representative.

But while the realities of a major letdown season will eventually come crashing down on the Rams, it won’t be this week. No one is packing it in, and despite the formula for success having soured dramatically, expect them to carry on like a team with a future even if theirs is pretty much cemented. Over the course of the last handful of weeks, they had seen a defense rise to the occasion as their offense continues to try to find its footing. But that all came crashing down against the Ravens last week. Against a more-manageable Arizona offense, will we again see a defense that had given up a combined total of 44 points in their previous four games leading up to that?

Can the Cardinals Take Advantage?

The week off could be advantageous for the Cardinals from a personnel standpoint. Against a Rams’ defense that struggled mightily against the run last week, the prospects of getting Chase Edmonds back to go along with Kenyan Drake and David Johnson offers the Cardinals a glimpse of hope on the ground. And that goes for quick-footed rookie QB Kyler Murray, who presumably used the week off to good effect after a frenetic start to his NFL career. While some injuries have been costly, a pleasant byproduct is some added depth in the backfield.

Murray has shown himself to be prolific through the air, as well, especially when pitted against more-middling defenses like the one he will face this week. Whereas he struggled against San Fran, four 300-yard games show he can air it out in the right spots with Larry Fitzgerald, Christian Kirk, Johnson, and some other developing youngsters like big-play receiver Andy Isabella. With only five picks on the season, Murray has been mature beyond his years and could get this offense on the move against a road Rams’ team that still might be a little woozy from MNF. It’s not an ideal time for the Rams to have a short week coming off a punishing loss, facing a home team coming off the bye.

Find the Top Sportsbooks for bonuses, lines, parlay and more!

Roadblocks to a Cardinals’ Cover

Not all is roses with the upstart Cardinals and chief among the complaints is a pass-defense that has underachieved by a substantial margin, even with Patrick Peterson back in the fold. While some injuries and inconsistent play from Jared Goff has limited the LA aerial attack, what better week to get that part of their offense on the right track? And while it may not have delivered last week, there is a playmaking element to the Rams’ defense that could feast this week, particularly against this Arizona offensive line. With Aaron Donald, Michael Brockers, and other hitters in that front-seven, it will be a lot to contain. In other words, while Kliff Kingsbury has made significant strides with this offense, the Arizona “D” remains a liability and something a Rams’ offense could exploit.

Maybe my mind is a bit polluted from having lost bets this season where you’re expecting a team to rediscover its prior form. And even if it makes sense based on some matchup advantages, it can become a goose-chase that leads nowhere. There’s something wrong with the Rams, and the ins and outs of why that’s the case are less important than the bottom-line that we just might not see the team we expected to see this season. And against a rising Cardinals team that plays well at home, I see Arizona covering the number this week. I’ll take the Cardinals.

Loot’s Pick to Cover the Point Spread: I’m betting on the Arizona Cardinals plus 3 points. Bet your Week 13 NFL picks at discounted odds! It’ll save you a ton of cash this weekend and over the long haul! Find this amazing offer as well as 19 point NFL teasers at 5Dimes Sportsbook!