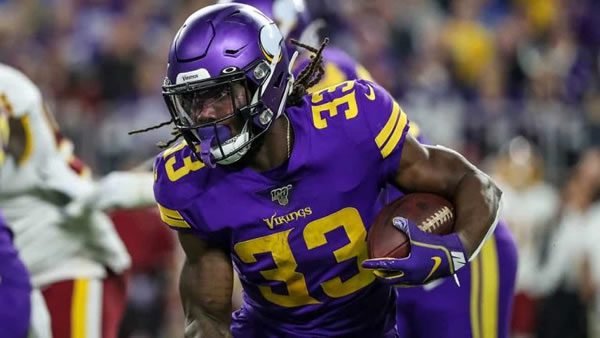 The Vikings entered the 2020 season coming off a 10-6 2019 season, believing they could compete to win the NFC North Division and maybe make a deep playoff run, but similar to the world in general in 2020, things didn’t go according to plan. Minnesota never recovered from a 1-5 start and closed out the season 7-9. Betanysports.eu is expecting the Vikings to rebound and has set the 2021 win total over/under at 9. Here are three reasons I’m looking for the Vikings to at least match the ten wins they posted in 2019 and Over tickets to cash.

The Defense Will Bounce Back

Mike Zimmer is one of the best defensive coaches in the NFL, but you wouldn’t have known it from watching his squad last year, ranking 29th in points allowed after being top 10 the previous five years. The team was devastated with injuries last year, including stud pass rusher Danielle Hunter who didn’t play a snap, and perennial all-star Anthony Barr that missed the final 14 games of the campaign. DE Yannick Ngakoue was brought in to add to the pass rush, but Minnesota elected to ship him out at the trade deadline. With a pass rush that only got home 23 times and injuries also impacting the back 7, Zimmer’s squad allowed 7.9 yards per pass attempt – the 6th worst in the league. They weren’t any better against the run, allowing the 6th most rushing yards. This year will certainly look more like we would expect from a Zimmer squad.

Hunter is back and appears to be close to 100% after his back injury. He had 14.5 sacks in each of his last two seasons, so by himself, he changes the look of the defense. Michael Pierce came over from Baltimore last season but opted out of the season and will join ex-Giant Dalvin Tomlinson to clog up the middle in the run game. Minnesota will hope to get some pass rush from rookie 3rd rounder Patrick Jones opposite of Hunter, who had nine sacks at Pittsburgh last year. With Barr and Eric Kendricks backing up the line, this is easily a top 10 front 7. The secondary will also be better for Zimmer. Harrison Smith will quarterback the secondary that has added Patrick Peterson, Bashaud Breland, and Mackensie Alexander to join 2nd-year man Cameron Dantzler defending opponent receivers. Although Peterson and Breland are past their prime, in Zimmer’s zone system, they will not be asked to lock down receivers man to man, so they should be able to have productive years. Look for the Viking stop unit to again be one of the NFL’s best.

The Offense Will Do Their Part

Minnesota’s offense did their part to stay in games last year. Dalvin Cook was second in the league in rushing with over 1500 yards, averaging 5 yards per carry and scoring 17 touchdowns. He is the definition of a three-down back. Combined with Kirk Cousins putting up career bests with 8.3 yards per attempt and 35 passing touchdowns, Minnesota ranked 11th in the league in points scored. There were concerns about how the team could replace Stephon Diggs, who moved to Buffalo, but Justin Jefferson answered the bell. Jefferson tallied 1400 yards and seven touchdowns despite not starting the first two games of the season. The league is stacked with high-quality young pass catchers, but Jefferson could easily be the cream of the crop and requires opponents to double team almost every play.

The offense should be better in 2021. Minnesota added Christian Darrisaw in the first round to protect Cousin’s blindside and Guard Wyatt Davis in the 3rd round. Though Darrisaw will have to climb the learning curve over the course of the year, he should pay dividends in the both the passing and running games. Adam Thielen returns as a solid number 2 option in the passing game where he is Cousin’s favorite red-zone target, scoring 14 times last year. Irv Smith took over the tight end duties from Kyle Rudolph and should round into a capable target over the middle. Of course, the offense will again run through Cook. Zimmer has no hesitation about riding Cook, as shown by him averaging 25 touches per game in 2020. This offense has the weapons to battle it out in shootouts or milks the clock in the 4th quarter when they have a lead.

This will be Mike Zimmer’s 8th season at the helm of the Vikings, and he has proven himself to be one of the best coaches in the league. Minnesota has the second-best ATS spread record during his seven seasons, proving that Zimmer’s squads generally exceed expectations. He has only had two losing seasons (both times 7-9) – his first season in 2014 and last season. Minnesota has never missed the playoffs in consecutive seasons since Zimmer took over. Zimmer will not tolerate a 2nd successive losing season this year. The lack of home-field also contributed to the 2020 demise. From 2014 to 2019, Minnesota sported a 35-15 record at home, then went 3-5 last year with no fans doing the Skol chant. With fans back in 2021, look for one of the best home-field advantages to show up in a big way this year and the Vikings to dominate at home again.

Count on Zimmer to lead his squad to double-digit wins this year and Over 9 Win tickets to cash. I also like a little sprinkle on the Vikings to win the NFC North at +245 at Betanysport.eu (You also get to bet on sides/totals at -105 there!) The Bears and Lions pose little threat to win the division, which leaves the Vikings and Packers to fight it out. While the Packers deserve to be the favorite, the Aaron Rogers drama could go South in a hurry in Green Bay and leave the Vikings a clear path to the title. Note: We also offer NCAA Football Season Wins PIcks!