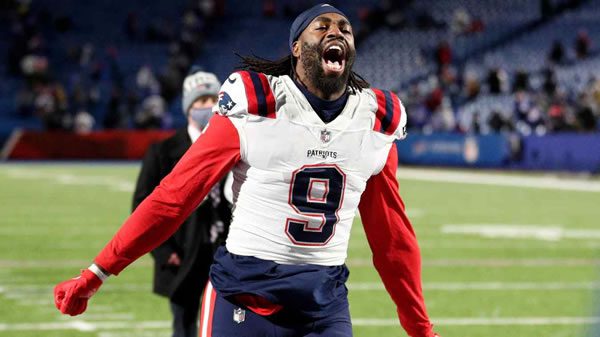 The New England Patriots are currently tied with the Chiefs and Titans for the best record in the AFC at 9-4 SU. With home-field advantage and bye opportunities heating up in the playoff race, the Patriots will face an intriguing challenge on Saturday when they visit the Indianapolis Colts at Lucas Oil Stadium for a primetime match-up on the NFL Network. Despite the 7-6 SU record, the Colts are still considered one of the more dangerous teams in the AFC, but this Saturday’s homestand against the Patriots will be extremely important towards keeping the Colts’ playoff chances within their control. As a result, the Colts will actually be small two-point favorites when they host the Patriots this Saturday.

Bill Belichick’s New England Patriots are riding an NFL-leading seven-game winning streak to help reassert their AFC dominance. Most recently, the Patriots pulled out a 14-10 victory over the Buffalo Bills in torrential blizzard-like playing conditions in week 13. Fortunately, the Patriots’ Week 14 bye fell at an opportune time in the season. Both running backs Damien Harris (hamstring) and Brandon Bolden (knee) have been battling injury issues. Safety Adrian Phillips and numerous players on the defensive side of the football have been banged up as well. Needless to say, the Patriots needed time to rest and
heal as they prepare for a critical closing stretch to the regular season.

Perhaps the biggest injury-related story to watch as the week progresses surrounds the status of RB Damien Harris. Harris has been the Patriots biggest workhorse this season and is coming off an impressive performance against Buffalo in the blizzard-like conditions where he racked up 111 yards on just ten carries which included a game-breaking 64 yards touchdown run. Harris was sidelined in the waning minutes against Buffalo after aggravating his hamstring, and he is reportedly still dealing with the injury following the bye.

More Picks: Raiders at Browns Week 15 Pick Against the Spread >>>

If Harris is unable to go or limited in any fashion, it should open the door for Rhamondre Stevens to get some extra carries. Stevens has shown tremendous improvement from the beginning of the season and is becoming a reliable option in the Patriots backfield. Head Coach Bill Belichick has routinely relied upon the ground attack to open things up in the passing game for rookie QB Mac Jones and I would not expect any deviated strategy again this week. Jones has played well during the 2nd half of the season, but he is not the type of quarterback that you want to have in pressured situations either.

On the other side of the ball, Bill Belichick’s defensive strategy is notorious for taking away opponents’ best players, and the Patriots defense will have a difficult challenge as they try to stop the NFL’s leading rusher in Jonathan Taylor. The Colts star running back leads the NFL by a landslide with 1,348 rushing yards and 16 touchdowns. Despite opponents’ focus on stopping the Colts’ run game, Taylor is playing at a rare elite level. I would expect the Patriots’ to sell out to stop the run because QB Carson Wentz has been extremely erratic in the passing game, and that provides New England their best path to victory.

Jay’s Pick: I’m not overly confident on either side this week. The Colts have been prone to giving up turnovers which is usually a recipe for disaster against Belichick’s teams. However, I believe the Colts are backed against a wall circumstantially and need this victory. With the way Taylor is running the football, the Colts have a good shot to pull out the victory. As a result, I will lean with the Colts -2 but a smaller play than normal. Question: Did you know that we also offer free college basketball picks?