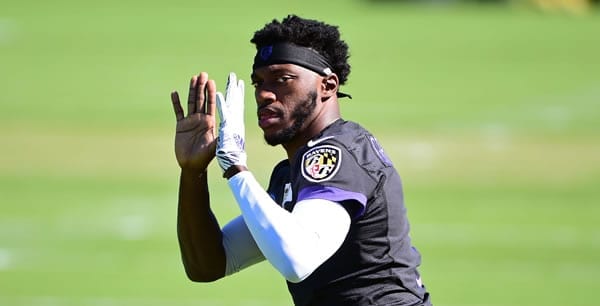 The NFL regular season winds down in Baltimore as the Super Bowl favorite Ravens host their division rival Pittsburgh Steelers. Baltimore has clinched home-field advantage throughout the AFC playoffs, while Pittsburgh needs to win and have some help to make it in the tournament, or get a lot of help if they lose. Despite the Ravens being expected to rest key starters, including QB Lamar Jackson, 5Dimes has made the Ravens 2.5 point favorites, and set the game total at 41. The play is to take the points with the Steelers and play the Under. Here is the handicap.

Without Jackson, the Ravens Are the Steelers

Jackson has transformed the Raven offense into the most unique attack in the league. He is a lock to be named MVP, but he’ll be watching Robert Griffin III lead the offense this week. Without Jackson, the offense will be a “vanilla” run-heavy attack without much of a downfield passing threat. Sounds a lot like the Steeler offense. Griffin has only thrown 23 passes over the last two years – all in garbage time. His previous meaningful work was in 2016 in Cleveland, where he won 1 game in 5 starts, completing 59% of his passes with two touchdowns and three interceptions. He is the perfect back up for this team, but he is just a backup. The game plan this week will be to hand off the ball, bleed the clock, and, most importantly, stay healthy. Griffin can run the Jackson offense, but coach John Harbaugh will also want to make sure that Griffin is healthy for the playoffs, so don’t expect him to run much in this game. Gus Edwards will be the primary back as Pro-Bowler Mark Ingram was banged up last week and will have the game off also. This Raven offense could have some success against a mediocre stop unit, but not against this elite Pittsburgh unit.

The Steelers defense is 3rd in the league in yards per play allowed and 6th in points against. They lead the league in sacks and pressuring quarterbacks, and have notched 35 takeaways. Pittsburgh gave up 26 points and 138 rushing yards to the Jackson led Ravens in Week 5 but will have much better success this week. No team has topped 300 yards since Week 10 when the Rams had 306. The Steelers secondary can easily match up with Baltimore’s receivers and tight ends, and the pass rush will pester Griffin the whole game. The last 5 Steeler opponents have averaged 14 points, and Baltimore will likely get in that same neighborhood. This game will be an old-fashion slugfest with Baltimore’s offense, not looking anything like the one we have seen in the last ten weeks.

Duck Hodges took over as the Steeler quarterback in week 13 from Mason Rudolph, who took over when Ben Roethlisberger went under the knife. Last week they both played, but it’s hard to distinguish the difference in Rudolph and Hodges, and all Mike Tomlin hopes for from either one is to not lose the game. Hodges will start as Rudolph is out with a shoulder injury. The Steelers rank 25th in the league in points, and if weren’t for defensive scores, they would be bottom 5. The only team with a worse passing attack is the Redskins, while the rushing attack averages just over 80 yards per game. James Connor 9questionable in Week 17) has been in and out of the lineup and has never got on track when healthy, while the rest of the backs are not good. Pittsburgh’s offensive line has the reputation of being elite, but it hasn’t translated into yards or points. Hodges had good stats against the bad defenses of Cleveland and Arizona, but he was overmatched against Buffalo and even the Jets last week. The Ravens defense will look a lot more like the Bills than the Cardinals.

Baltimore’s defense is top five in the league since Marcus Peters and Jimmy Smith joined the squad in Week 7. Overall, they rank 4th in points allowed and 8th in takeaways. In the last eight weeks, the only way a team has gotten over 20 points was through garbage time points. Only the 49ers topped 300 yards without the benefit of garbage time, and the Jets are the only team to throw for more than 200 yards in the past seven games. Baltimore has been a little vulnerable against the run, but the Steelers lack of a passing game will allow Baltimore to sell out against the run. The Steelers ran for only 77 yards in week five against the Ravens, and I expect a similar number this week.

With both teams having elite defenses and incapable offenses, the play has to be to take the Steelers with the points. Baltimore’s primary goal this week is to get the game over with, while Pittsburgh needs a win. John Harbaugh always has his team ready, but as this game turns into a slugfest, Pittsburgh will be more willing to stay and fight, while Baltimore is thinking about their first playoff game. I look for the Steelers to win this game or at least stay within a field goal.

A Case for Under

Without Jackson or the full Baltimore offensive playbook being utilized, both of these offenses will be slow and methodical. The game should stay close, so there will be no garbage time scoring this week. Both coaches will play the game close to the vest making defensive touchdowns hard to come by, and both teams will be willing to punt and protect field position. Neither defense has given up over 20 points in the recent past, and it would be a surprise if either team made that lofty height this week. The Steelers have only played three games to the over, and as noted above, without Jackson, these are the same team. The best play in this game is Under 38½.

Play Pittsburgh and Under

Steelers +3 and Under 38.5 are the plays this week in Baltimore. Bet your Week 17 NFL picks and ALL your sports bets at reduced odds! Stop overpaying for odds! Start saving HUGE money at the web’s best sportsbook: —> 5Dimes!