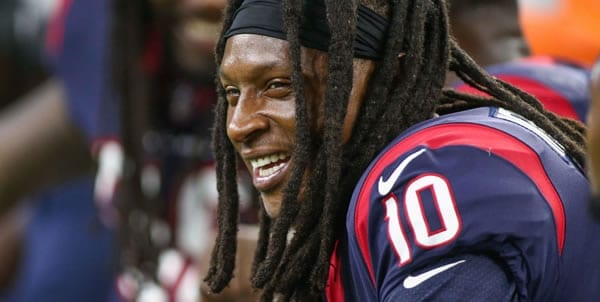 The Tennessee Titans take on the Houston Texans in key AFC South action from NRG Stadium on Sunday. This week 17 matchup is a rematch from a 24-21 Texans’ win a few weeks ago in Nashville, where Houston broke a tie in the division and took control. Last week, Houston clinched up the division with a very nice road-win over a surging Bucs bunch, 23-20. Tennessee, however, had it a little tougher in playing a very good Saints team and falling 38-28. Lucky for them, the Steelers also fell, meaning they still have a wild card spot to pursue this week. Who can get the win and cover at NRG Stadium this week?

In this game, it runs deep, especially for the Titans. Houston’s playoff ramifications are more-murky. The best they can hope for is that the Chargers beat the Chiefs, meaning if they win, they will go from the 4 to the 3-seed, a pretty negligible difference hinging on an unlikelihood. Tennessee, conversely, is looking to win and get in, as they control their own destiny. They could also get in if the Steelers and Colts both lose, but they won’t be banking on that.

A Few Weeks Ago…

Divisional matchups earlier in the season can be faulty barometers for what will happen, but it was two weeks ago, so maybe there are some clues. There’s even a small chance that these teams would meet in the wild card round, which would be their third game in a month. The first game was telling, as it was a very urgent spot for both teams. Tied for the division lead, Houston went into Nashville and, in many ways, had a typical Houston day, with Deshaun Watson connecting well with DeAndre Hopkins, Will Fuller, and Kenny Stills, and Carlos Hyde was over 100 on the ground. Some Watson miscues and a lackadaisical second-half let the Titans make a little run at it, but a very late TD made it look closer than it was at 24-21. The Titans got some good work done late, with Ryan Tannehill connecting well with AJ Brown, while Derrick Henry was able to produce. But a scoreless first half was too much to overcome.

Timing for the Titans

The Titans started 2-4 this season and have lost their last two games leading into this, and they’re still in a position to control their own destiny. But have the stars lined up right for them? They’re facing a team they struggled with “in a big way” a few weeks ago and now face that team on the road. To top it off, they will either be without or be playing compromised versions of their second-leading receiver in Corey Davis, along with the real workhorse of their offense in Derrick Henry still being iffy for this. And Henry was a giant part of the equation that let the Titans win 6 of 7 games to stay in the mix.

The Titans fought hard against the Texans and then the Saints last week. They’re a good team and play with a high ceiling. By the same token, the personnel issues are occurring at a bad time for an offense that doesn’t have the luxury of being able to lose weaponry or have it compromised. This season, they will have played a total of three teams who are going to the playoffs, going 1-2. If wondering if they’re cut out for this, some things say no, namely the last few weeks and the bad developments on the injury front.

Get all of our team’s Weekly NFL Point Spread Picks as they become available!

What is Urgency Worth?

The spread has moved considerably, first as high as six and now it’s Titans -3.5. Typically, in a home-spot, the Texans would be favored by about four. Could be more, could be less, but the point spread says Tennessee’s predicament is worth better than a TD. This urgency component can lead bettors astray in the final week of the season. The urge is to overplay the team that needs it more, and the book knows that. But there are certain football realities that led to the Titans still needing this win to get to the postseason. Their pass-defense is very dicey, and even without Will Fuller, Watson can do damage on this bunch. The Titans have a languid aerial attack at times and are pretty strapped for viable artillery. Sometimes, just wanting it more isn’t enough.

It’s also critical to gauge the headspace of the other team. And while Houston has their own personnel problems with Fuller now unavailable and some other key guys banged up, they got some good news with JJ Watt returning to practice, but he’s not expected to play this week. And while getting a 3-seed and playing whatever highly-flawed 6-seed that crawls in the playoffs at home is an appealing prospect, it’s not a movement to really get behind, as counting on the Chargers beating KC doesn’t provide much hope. And with injuries abound, the Texans can’t afford to lose more key firepower. But I’m not so sure a phone-in is coming this week. Playing in the postseason the very next week, this isn’t a team that can afford to fall out of rhythm, particularly after working so hard to forge a winning path late to again take down the AFC South.

I see a tight game regardless of what the urgency quotient might be. Tennessee is not good enough to will themselves to raging success on the field. Houston’s only chance to do some big things this season is to continue to build momentum and then work their way through the postseason the best they can. They’re not a one-seed that can take off week 17 to rest bodies. In what looks to be a well-contested game, I’ll take the points.

Loot’s Pick to Cover the Point Spread: I’m betting on the Houston Texans plus 3.5 points. This pick is a good one to insert into a teaser. You can move the line anywhere from 5-20 points on teasers at 5Dimes Sportsbook! They also offer reduced juice -105 on sides and totals! Click here to start betting at a better book today!