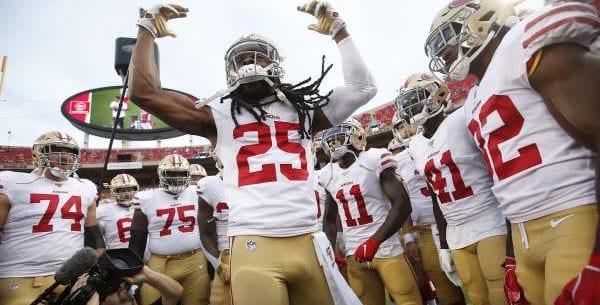 When talking about the biggest sporting event in the USA, you better believe that the betting action will be hot and heavy. Bovada has certainly followed suit again this season. If you can imagine it, Bovada has it offered as an actual bet. Never mind who will win the MVP or score the first touchdown. Bovada lets you bet on which commercial will air first—Pringles chips or Sabra Hummus. You can bet on whether 80s songstress Gloria Estefan will make a surprise halftime appearance. You can bet on whether J-Lo or Shakira will “twerk.”

It’s a fun time of the season and a rare part of the year where you can get ultra-specific about your game wagers. The slightest quirk that you might perceive can become an edge in making a wager, with so many of them available. We like to have fun and spray the board a bit for the Super Bowl. By the same token, it can be wise to contain the action to things that can actually be handicapped. Or at the very least, some insight and analysis should be used in the bets we choose, as opposed to trying to guess whether any former Fly Girls from In Living Color will be on stage. Here are some of the props we’re honing in on.

You have the regular point spread, where either side of the bet pays the same. In alternate point spreads, you take a more-extreme stance on a team with the payoffs also being potentially more-valuable. In a game where a close match is forecasted, but they’re so many variables that make it so anything can really happen, there can be some nice upside in taking a stronger position. Here are some alternate spreads that got our attention.

Let’s do the same thing with some totals.

It’s relatable because it’s what teams are trying to do. A lot of props focus on items and numbers that occur more through happenstance. After watching both teams all year, including the postseason, you tend to notice things that can help when forming these bets. Here are a few that we found that have high value.

Pick: Over. There may be guys who have been getting more work in this offense in the postseason, namely Raheem Mostert and maybe Deebo Samuel, but add in guys like George Kittle, Emmanuel Sanders, and any number of different viable targets, I just see this one going over.

Number of Chiefs to Score Points

Pick: Over. And for the same reasons. Kansas City can win without even using some of their top stars. And with that kind of depth on their offense, assuming there will be several sources of scoring seems reasonable enough.

Pick: An unusual bet, being that we generally don’t calculate the total yardage of scores within a game, this comes down to how many big scoring plays you feel will ensue or if there will be a really big play or two. One long TD play would have us approaching this number, with the rest of the scores sending the number over.

Pick: Over. Sure, it’s asking for a lot of scores. For us to collect the enticing +225 price, teams will have to average a TD each per quarter. I see a late rash of scores putting the number over.

FIND ALL THESE SUPER BOWL PROPOSITION WAGERS AND MORE AT BOVADA SPORTSBOOK!

This bet focuses on quarterback performance, both individually and in a matchup dynamic between Mahomes and Garoppolo. We see one QB putting up crazy numbers in Mahomes, while Garoppolo’s numbers are more befitting a JV quarterback, especially in the postseason. That could leave some good value for those over-projecting the gap between the two. Here are some that garnered our attention.

Who Will Throw the First Interception of the Game?

Pick: Mahomes at +135. Granted, Garoppolo has been the more interception-prone QB this season, but with their greater reliance on the run, especially to open games, combined with the KC aerial-based approach could result in the dog paying off in this one.

Pick: Under. At an underdog price, keeping Mahomes a little in check with the top-ranked secondary in the league this season seems wholly doable.

Who Will Throw the First Touchdown of the Game

Pick: Mahomes. Just looking at how these offenses work, the odds of getting an opening aerial TD from Mahomes as opposed to Jimmy G might be greater than -190.

In a QB-friendly award, it can be hard to take another stance. And looking at the prices of the quarterbacks, it’s not all that tantalizing. Patrick Mahomes at +105 isn’t much better than taking the Chiefs to just win at -120. It’s a game where you can’t ignore the QBs, but also the type of affair where any number of viable candidates can deliver a huge MVP-worthy game, some at pretty long odds. Here are our favorite Super Bowl LIV MVP picks.

Get additional Mybookie’s SB 54 props with Loot’s value picks plus take advantage of our exclusive bonus offer where you can deposit $100 and get an additional $100 FREE!