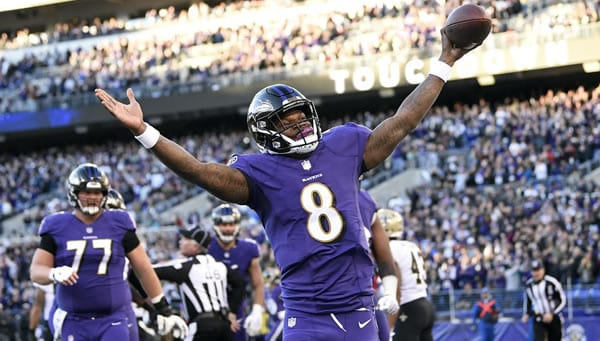 A futures bet on which team will win the conference is a nice compromise for those who don’t wasn’t to take the plunge on a Super Bowl pick. Nothing can be more painful than betting on a team to win the Super Bowl, only to see them come one game short. The conference winner futures bet eliminates some of that potential heartache. Rather than needing to ponder the entire NFL landscape, a bettor can narrow his focus to just the conference. It’s a way of making it, so your insights stick without a team having to go all the way for you to cash in.

For a team to win the Super Bowl, a lot of things need to go right. And for the more fancied teams, a lot has to go wrong for them not to realize their potential. In a conference context, a little twist or turn can go a long way. An injury to Patrick Mahomes or Josh Allen, and suddenly, an AFC conference bet has a whole new look to it. Or maybe an incoming player or coach throws new light on things, and a team no one suspected is right in the middle of it.

When we think of “best value,” there is a distinction between that and simply picking the teams we think will win. We certainly want to select teams we feel have a realistic chance. But we also want to focus more on teams whose odds are longer than what we feel a team’s actual chances are. That can include favorites, middle-of-the-road choices, or long shots alike. We’re going to list the odds for each conference, along with our best-value picks for both the AFC and NFC.

Odds to Win the AFC

Best Value Picks in the AFC

I don’t think the Ravens are going to go away, and at some point, I sense they’ll stumble upon the right recipe. You can’t help but like some of their offseason moves. Sammy Watkins and rookie Rashod Bateman should help the aerial attack, and their backfield is already as deep as anyone’s. They beefed up the O-line by signing Alejandro Villanueva and Kevin Zeitler. If Lamar Jackson can show his 2019 form, they have enough difference-makers on both sides of the ball to create a lot of mayhem in this conference. Probably a little better than 9-to-1 at Bovada would suggest.

I wouldn’t bet that Bill Belichick and the Pats are going to fade quietly into the night. Even as they bottomed out last season, they still managed seven wins. Rookie Mac Jones could deliver at quarterback, and if he does, the moves made in an active offseason could pay off. Tight end play could take center stage with the signings of Hunter Henry and Jonnu Smith. Receivers Kendrick Bourne and Nelson Agholor provide a few needed weapons. Matthew Judon and Jalen Mills help address some defensive deficiencies. Could this be the year where the Pats turn the page and start a new era of excellence?

On one hand, this number on a Denver team that hasn’t won more than seven games in 5 years might not seem that tasty on the surface. But when one takes a closer look, some things start to line up nicely. I think they’ve drafted well in the last few years, and some of those players could really start manifesting this season—guys like Jerry Jeudy, KJ Hamler, and RB Javonte Williams. Their defense could really benefit from a healthy Von Miller along with Bradley Chubb and a revamped secondary that features Ronald Darby, Kyle Fuller, and exciting rookie first-rounder Patrick Surtain, II. Drew Lock is going to get another shot, now backed up by Teddy Bridgewater. But there’s also this sneaking suspicion that they could still be in the Aaron Rodgers Sweepstakes. Either way, there’s some definite darkhorse appeal here with the Broncos.

Odds to Win the NFC

Best Value Picks in the NFC

It’s still a mystery as to how Matthew Stafford will fit in with this bunch or if he will actually be an upgrade over Jared Goff at all. But there have been times over the last few years where one would wonder how good this team would be with a more consistent hand behind center. If the O-line plays up-to-snuff, Stafford will enjoy a wealth of different playmakers at his disposal and, for once, a defense that is doing its share of the heavy lifting. This one can go any number of different ways, but if things click, watch out!

Much of the 49ers’ fortunes are tied up in luck. When the bulk of the roster stays healthy, we saw in 2019 that this team is up for winning the conference. When not, they can be fairly ordinary. Beefing up the O-line with a couple of key signings was big. If their major playmakers on defense can stay healthy, it’s a game-changing unit. The offense has its share of weapons, but quarterbacking is an issue with Garoppolo. Maybe third overall pick Trey Lance can throw a different light on things. Something just tells me that those who are turning the page on the Niners might be doing so prematurely. And at 7-1, they could have some upside.

Just hear me out. It’s true they never won the NFC, and they’re the longest shot on the board for a reason. But 66-to-1 seems a little long with a new QB who won the conference a few short years ago. Add in coach Dan Campbell, who has a certain mojo, and maybe the new-look Lions have a little value here. They added a potential stud tackle in the draft with Penei Sewell and some other potential difference-makers in the draft. Youngsters could start to hit their stride. A few key guys could start to manifest their talent. A loaded backfield, rising line, new QB who has been successful, and an improved defense could make Detroit a surprise this season. And “might” is the operative word, as is usually the case with a 66-to-1 longshot. Question: Where are you betting on NFL games this season? Does your bookie offer you the ability to wager on games at -105 odds instead of -110? Hell no he doesn’t! Dump him TODAY and start saving big money by laying only -105 at BetAnySports! You’ll be so glad you did! Laying $105 to win $100 is WAY more fun than laying $110 to win that very same $100!