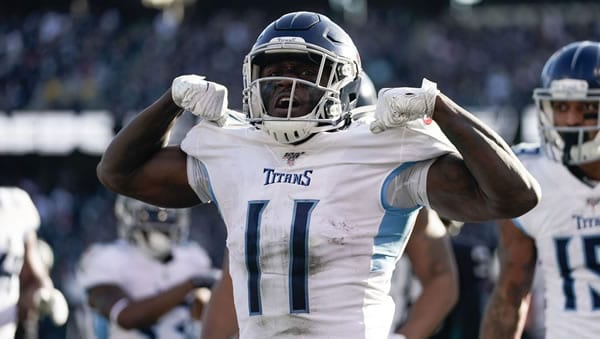 Picking Super Bowl longshots is a tricky business. Let’s face it. They’re longshots for a good reason. These teams have a ton of ground to cover before getting to the point of being contenders, never mind conference contenders, and Super Bowl champions. At the same time, this bet offers the bettor the opportunity to capitalize in a big way on their unique and self-generated insights. This is where a bettor takes a stand on his own. These teams won’t be getting ballyhooed by anyone, so we’re going out on a lurch with some of these picks.

It just so happens that history shows enough of this longshots coming in to make this more than just a pipe dream. Sure, most Super Bowls involve the top grouping of preseason favorites. Or maybe the second tier of favorites, choices in the 15 to the 20-to-1 range. The Bucs at 14-1 last season were in that same kind of category. But even recently, there was the 2017 Eagles, at 60-to-1. The 2007 Giants were 30-to-1. Going back further, the St. Louis Rams, with the Greatest Show of Turf, were 150-to-1 when they won it all in 1999. A few years later, Brady and the Pats took the league by storm at 60-to-1 odds. And along the way, there were other longer shots that hauled in the Vince Lombardi Trophy.

Keep in mind that these selections are being made from a perspective of knowing it’s a longshot. In other words, we don’t bet longshots necessarily hoping that they will win. We bet it because we think it has a better chance than what it being offered by the bookie. Let’s take a look at some teams that could surprise.

Still getting pretty long odds for an established contender, the Titans get low-rated, perhaps not because of who they are, but due to the monsters they need to get through just to make it out of the AFC. Mike Vrabel is a very positive force as a head coach, and they could be due for a surge of sorts. Derrick Henry is the lone back in the league who can completely control a game. Ryan Tannehill has been reborn and has a growing cast of quality targets to exploit as the Titans form the type of diversely effective offense that can really do damage. On defense, it seems they are more adept at making plays than they are in being typically very stout, especially against the pass. That could hurt, but no longshot is going to be perfect.

The prospect of Drew Lock being a Super Bowl-winning QB seems dicey, but they could still be in the Rodgers or Watson sweepstakes, so who knows? And they did get Teddy Bridgewater for insurance. The team has a lot of inexperienced potential aerially, but Courtland Sutton is back, and if those other guys like Jerry Jeudy take off, it could be big. They should still get a lot from their running game with Melvin Gordon and perhaps rookie Javonte Williams. Defense is where the real potential lies, with Von Miller returning to a bolstered pass-rush and a revamped secondary that could remind some of that great Denver “D” from their Super Bowl run of 5-6 years back. If youngsters start to sprout this season and they get some answers at QB, Denver could be a surprise.

Brandon Staley joins as the new head coach and is looking to help turn the Chargers’ defense into what he did when he was the Rams’ defensive coordinator. He has the horses with which to do it. Health would appear to be a major variable, as it would be interesting to see what he can do with a stocked Chargers’ defense that has drafted well in recent years without catching breaks in the injury department. Justin Herbert and the Bolts finished last season strongly, and the offense will be in the hands of coordinator Joe Lombardi. And we’ll see if he has the magic touch with Herbert and a nice cast of weapons. The potential is certainly there, but whether they catch some breaks might end up determining how this one goes. If they get a little good fortune, things could be looking a lot different with the Chargers this season. When dealing with a team with this much youth in key positions and stars with injury history, the range is going to be wide and that’s definitely the case with the Chargers heading into 2021.

At 50-to-1, we’re starting to get into the more unimaginable candidates, and we’re definitely pushing the envelope with the wayward Bears. Since a 12-4 season in 2018, it’s been pretty much sideways. Still, you wonder if their defense has just become fatigued from picking up the slack on a dismal offense for so many games. Maybe with better play on the other side of the ball, they can start to reclaim their form of a few years ago. Rookie Justin Fields offers promise and should have this offense on the move when he takes over for Andy Dalton. The offensive talent is a concern, as is their fate being in the hands of so many youngsters. But that defense is still tough, and that coaching staff is facing a do-or-die season where they have to find answers on offense. An interesting pick at long odds.

Now we’ve perhaps gotten a little crazy. There are problems-galore on this team, a squad that has been solidly pointed downward for several years since almost making it to the Super Bowl. Still, you throw head coach Urban Meyer and top pick Dexter Lawrence into the mix. That’s a lot of winning tradition there. And sure, it could fall flat—another college hotshot coach who couldn’t succeed in the pros with a team that had too many holes in it. Lawrence has no established stars on offense with which to work and is now supported by a defense that hasn’t shown much fire the last few years. But he does get former backfield mate Travis Etienne and a few key additions and more growth from their youngsters could all form to make this take shape ahead of schedule. Note: While we don’t ever anticipate any of our sportsbook sponsors to go out of business, it’s always a good move on your part to be placing your NFL futures bets at a betting shop that has a rock solid track record. Intertops Sportsbook has been online since the 1990’s and checks all the boxes when it comes to tenure in the sports betting industry. They offer some really cool bonuses as well, whether you’re a small bettor or a whale. Highly recommended! Click here to check them out!