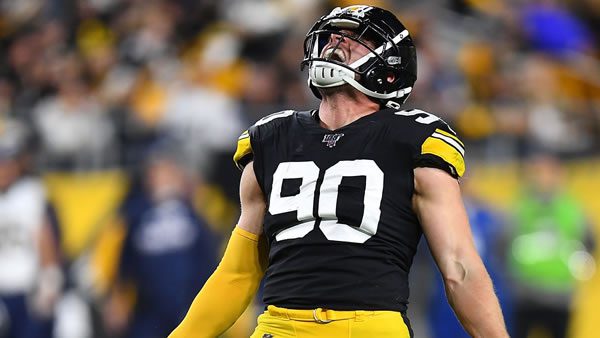 The Tennessee Titans enter Week 15 with a 9-4 record and sit on top of the AFC South with a two-game lead over the Colts. After losing Derrick Henry after their Week 8 win over the Colts, Tennessee has managed to keep the ship afloat, winning three of their last five games. To put into perspective the historic season that Henry was having, he is still 4th in the league for rushing yards with 937 through Week 14. He is expected to be back at the earliest, Week 18, giving the all-pro running back a chance to still claim a 1,000-yard season. The Titans most notable win of the season came over the Rams on the road in their first game without Henry in a 28-16 final. The Titans have the 17th ranked offense in the league, averaging 347.2 YPG and 24.9 points per game. Their defense clocks in at 12th, giving up 342.1 YPG and 22.3 points per game.

The Pittsburgh Steelers currently sit with a 6-6-1 record and last in the AFC North, though still within two games of the 1st place Ravens with four weeks to go. The Steelers come in off a loss last Thursday night, where the team nearly overcame a 29-0 deficit in a 36-28 final. Pittsburgh’s most notable win to date came two weeks ago, edging out the Ravens in a 20-19 final. While not finalized, future Hall of Fame QB Ben Roethlisberger announced earlier this season that this would more than likely be his final season, capping off a historic 18-year career with the Steelers. The Steelers offense is currently 21st in the NFL, averaging 329.0 YPG and 20.9 points per game. Their defense is uncharacteristically 27th in the league, allowing 371.3 YPG and 24.8 points per game.

Of the Steelers’ six wins so far in the season, four of them have come at Heinz Field. In their most recent game against the Ravens, Pittsburgh not only covered the spread but was able to steal the outright win. Part of their success in that game was breaking their trend as one of the worst run defenses in the league, allowing just 107 total rushing yards, compared to their season average 139.5 YPG given up on the ground, which is 3rd worst in the league. Luckily for the Steelers, they will not have to face Derrick Henry. Tennessee has been unable to find a running back to give productivity as in five games played, D’onta Foreman has just 240 yards. With a lacking running game, the Titans will once again lean on the right arm of Ryan Tannehill to deliver most of the offense’s productivity on Sunday.

Steelers Against the Pass

As mentioned above, the Titans will more than likely stick to their passing game, as it has been enough for them to win games, though, on paper, they have just the 23rd best passing offense, averaging 209.4 YPG. The Titans may struggle airing it out on Sunday as they face the Steelers, who have tightened up in the secondary, allowing just 202.3 yards per game passing in their last three contests. Part of the Steelers’ success in the passing game has been their pass rush, getting 2.8 sacks per game, which is 2nd best in the NFL. The Tennessee front will have their work cut out for them once again as the team is 5th worst, allowing 2.8 sacks per game. Despite being underdogs once again at home, forcing the Titans into long 2nd and 3rd downs will mean more passes, more sacks, and potentially more turnovers, giving the Pittsburgh offense needed extra opportunities to get another home win.

As most games do, the team who is most efficient in the red zone often wins the game. Sticking with the theme of Titans offense vs. Steelers defense, looking at the red zone stats for these teams has the makings to be a test for both sides. The Titans have the 7th best offense in the red zone, scoring 2.3 touchdowns per game. The Steelers, ironically enough, have the 7th best red-zone defense, allowing just 1.8 touchdowns per game overall and 1.4 touchdowns per game at home. A trend to pay attention to in this game is which team can better their average. If the Titans can get three red-zone scores, they will set themselves well to get the road win. If the Steelers hold Tennessee to just one red zone score in this game, I see their offense doing well enough on their side of the ball to score enough points to get them the win.

Dating back to 2014, the Pittsburgh Steelers have won their last three matchups against the Titans. Their most recent clash, just last year, ended in a 27-24 final in favor of Pittsburgh.

How the Public is Betting the Titans vs. Steelers

61% are betting the Titans against the spread.
62% are wagering on the game to go over the posted total of 41.5.

The Titans arrive at Heinz Field Sunday as the leaders of the AFC South and favorites against a Steelers team who has had an up and down season. The Titans have a winning record since the loss of Derrick Henry to an injury but haven’t established themselves offensively in their pass game. I see the Pittsburgh defense making a big impact once again to keep themselves in the race for the AFC North and a playoff spot. Take the Pittsburgh Steelers against the 1.5-point spread.