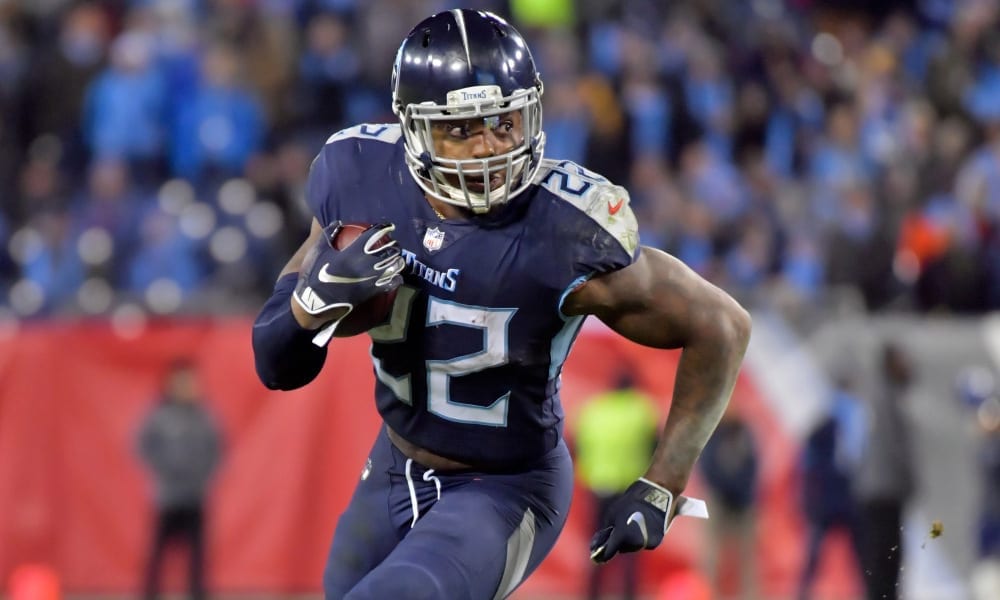 The Tennessee Titans come to MT&T Bank Stadium for a divisional playoff showdown with the Baltimore Ravens on Saturday. It’s somewhat of a David vs. Goliath matchup between the supposed conference frontrunner and many people’s Super Bowl pick in the 14-2 Ravens, winners of 12 straight and the top seed in the AFC, against the Cinderella Titans. But after beating New England in the Wild Card round, the Titans represent a dangerous dark horse. But it won’t be easy against the most dominant team in the league this season, the rested Ravens, as they begin their postseason push.

The Full Scope of the Ravens’ Firepower

Having the league MVP, as Lamar Jackson will be, is one thing. But having a quarterback with good passing stats, along with the numbers of a top running back, really goes a long way. In winning 12 games in a row, only the Bills and the top-seed in the other conference in the Niners managed to stay within one score of the Ravens, with most of their wins being blowouts. In that stretch, their highlights include a two-TD win over Seattle, a 17-point win over the Pats, and a 34-point win over the Texans.

In addition to Jackson and his ability to spring loose game-changing runs, the Ravens also feature another 1000-yard runner in Mark Ingram, with Gus Edwards and his 711 rushing yards. It’s a big part of why they’re the top-scoring offense in the NFL this season. The offensive line has been great in keeping the pass-rush off of Jackson while helping spring the best ground-game in the league. The aerial attack might not be that prolific, as Jackson was 24th in passing yards, but in leading the league with 36 passing TDs, it’s definitely a part of the team that makes a huge impact.

Any Chance for the Titans “D?”

So now that we see what the Ravens are working with, what chance does the Tennessee defense have? They were pretty darned good on Sunday, holding a home New England team to a scant 13 points in a playoff game—not an easy feat. Despite having some real issues in the regular season, they offered a glimpse of a defense that could play over its head with the heightened stakes. And there are some real difference-makers across all areas of this defense, pass-rushers, linebackers all over the field, and a ball-hawk secondary that can flip the game with a big play.

This seems like a spot where the shortcomings of the Titans’ defense could manifest. Only average against the run this season, their secondary was even worse. And sure, yards allowed is not the only metric upon which to measure a secondary, as they make up for it in other ways. But a defense that doesn’t always tackle well and has been exploited by the better offenses it has faced could be in major trouble against a home Baltimore bunch that is rested and ready to start making a big run to glory.

Can the Titans Keep Pace?

In any area of sports betting, one can only have so clear of a head when the underdog has one really good compelling weapon. And rushing champion Derrick Henry certainly fits the bill. Carrying a team on your back in the regular season is one thing, but doing it at Foxborough with the stakes that high was impressive. Ryan Tannehill came right into this offense and gave it a breath of fresh air this season. Watching him operate under pressure in big spots this season showed some might have prematurely relegated Tannehill to the scrap-heap. There aren’t any stars in the aerial offense, but between Henry carrying the load and Tannehill dishing it off to a varied cast of targets, they could conceivably compete. With Henry picking up chunks of yards and keeping their defense off the field, one can envision how they control the tempo of this game and manage to hang in there.

Price of Being a Naysayer

There is always an urge for a sports bettor to not buy into the hype. But when does that take a backseat to just acknowledging the obvious? The hype has been rolling for the Ravens now for a number of weeks, and questioning them thus far has yielded what exactly? Since week six and with everyone pretty aware of how good the Ravens had become, they still managed to cover all but one spread. On the one hand, you want to give due respect to a Titans team that has some very real underdog appeal. By the same token, the Ravens have looked to be the class of the league and should thrive in a divisional playoff setting at home against a team that worked hard to get here and may have exhausted the limits of their capabilities.

It’s not just the preponderance of weaponry on Baltimore’s side that elicits worry for the potential Tennessee backer, but it’s also the defense. With their stoutness, balance, and playmaking upside, Derrick Henry doesn’t seem like it will be quite enough. Teams haven’t had the most success running on the Ravens, and even if Henry gets unhinged, it won’t look anything like what the Ravens have in store when they get rolling against this Tennessee defense. This won’t be easy, as the Titans are just not the type of team that figures to get blown out. In the end, however, I see the Ravens getting a little separation from Tennessee, as they notch the win and cover at home on Saturday.

Loot’s Pick to Cover the Point Spread: I’m betting on the Baltimore Ravens minus 9 points.