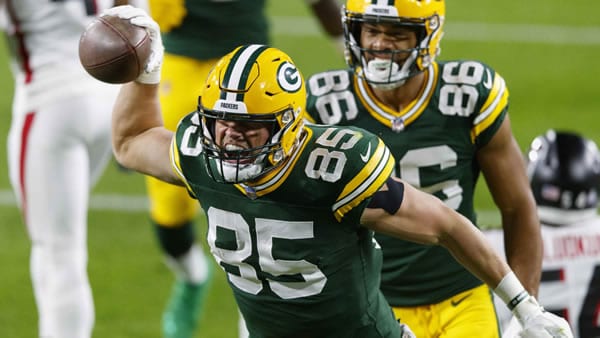 There are still plenty of playoff details to decide, so there are many meaningful matchups in Week 16, but few are as high-profile as the Tennessee-Green Bay tilt. Both teams are looking to make deep runs in the playoffs, with Green Bay already winning the NFC North and Tennessee currently sitting atop the AFC South. The Packers will lock up the #1 seed in the NFC draw with a win, but the Titans are perhaps the more motivated team as they sit tied with the Colts inside the division and could be at risk of missing the playoffs entirely if they would lose the final two games. Aaron Rodgers gets top billing in every game he starts, and he will work against the 29th ranked pass defense of Tennessee, but Derrick Henry and the No. 2 rushing attack will go against a Packers run defense that has struggled with defending in between the tackles. With both teams looking like they will be able to play to their strengths, this should be the matchup of the week.

The most notable trend for this week is that the public is going with Tennessee about 56% of the time through the early betting period. Green Bay is one of the most popular teams with the public for any matchup, so the fact that more money is currently going against them is a rarity. Tennessee is 5-2 against the spread in their last seven as underdogs and 4-1 ATS as a road dog. Green Bay failed to cover against Carolina last week but has been a good bounce-back team, winning 13-of-16 ATS in the week following an ATS loss. The OVER has hit in each of the previous five when Tennessee is the underdog and is 4-0 when the Titans play an opponent with a winning record. The UNDER is 7-0 when Green Bay plays in December and 4-1 in the last five when the Packers are the favorite. This will be the first meeting between these teams since the 2016 season.

Tennessee has scored at least 30 points in five straight games, moving their average to 31.1 points per game, which is tied for the league lead with Kansas City. The passing game ranks 19th in yards, but Ryan Tannehill has completed 66% of his passes and has a decent chance to hit 4,000 yards for the season with a good finish. He should be in the MVP discussion with 31 touchdowns against five interceptions with four more scores on the ground. Derrick Henry leads the league with 1,679 rushing yards and 15 touchdowns. He needs to average 160 yards over his last two games to become the 8th rusher to cross the 2,000-yard mark, and he should be in for a productive day with Green Bay allowing 100 rushing or an RB touchdown in 11-of-14 games this season. Corey Davis and A.J. Brown have combined for 15 touchdowns on the outside and have shown some sneaky big-play ability, with both having a 70+ yard reception. Jonnu Smith is second on the team with seven touchdowns as the tight end position has produced with Smith and Anthony Firkser combining for 73 catches and 768 yards. The passing defense is the weak spot, but CB Malcolm Butler has played well with three interceptions and a team-high thirteen pass defenses. Safety Kenny Vaccaro is third on the team in tackles and could return this week after missing the last two due to non-Covid illness. His presence would help against a Green Bay passing game, especially given that Tennessee ranks dead-last in sacks and third-down defense.

Green Bay has won four straight after getting clipped by Indianapolis in Week 11, but they have lost each of the last two games against the spread as 9.5 favorites. The Packers jumped out to leads that would have covered the spread against the Lions and Panthers, only to see the game get tight down the stretch. That has unnerved some GB fans and cast some doubt on whether or not they can beat the elite in the conference, but it is hard to be a fake at 11-3. Green Bay enters as the 4th best offense in yards gained and ranks third in points at 31 per game. Aaron Rodgers has hit the 40 TD mark for the third time in his career and needs six passing scores over the last two weeks to set a new career-high. His 69.6% completion rate would be the best of his career, and his current rating of 118 is eight points better than Deshaun Watson and Patrick Mahomes. Aaron Jones is 32 rushing yards short of 1,000 on the season and is third on the team with 41 receptions and ten touchdowns. Davante Adams (98-1186-14) leads the team in catches, yards, and touchdowns and just had an eight-game scoring streak snapped against Carolina. Tight end Robert Tonyan has ten touchdowns and was one of the more notable Pro Bowl snubs. Za’Darius Smith leads the defense with 11.5 sacks, and seven Packers have multiple sacks while the team ranks 9th in that category.

Take Tennessee and the Points

If you want to be in with the Sharps this week, keep it simple and take the Titans. As I mentioned above, even the early public bets have come in on Tennessee but expect Green Bay to eventually see plenty of betting attention as they are routinely public favorites, especially in primetime scenarios. Derrick Henry and the run game should be able to control the game in a similar fashion to the way Jonathan Taylor, Ronald Jones, and Dalvin Cook did in Green Bay’s three previous losses. Rodgers is the better QB come Sunday, but Tannehill is in the best stretch of his career and is more than capable of taking advantage of Green Bay if they over-commit to stopping the run. While Green Bay has shown an ability to win, they haven’t demonstrated the ability to pull away from opponents, and their defense is most at-risk when games are close, and they aren’t defending obvious passing situations. Lambeau will be quiet and cold with game-time temperatures in the twenties at kickoff, which is potentially a better scenario for the Titans overall. A Tennessee money line bet is not a bad thought, but I think Green Bay sneaks out a 30-28 win.

Ted Walker’s Pick to Cover the Spread: Tennessee Titans plus the points! Bet your Week 16 NFL predictions FREE by taking advantage of a 100% REAL CASH bonus on your first deposit of $100 to $300 at MyBookie Sportsbook! (Must use bonus code PREDICT100)