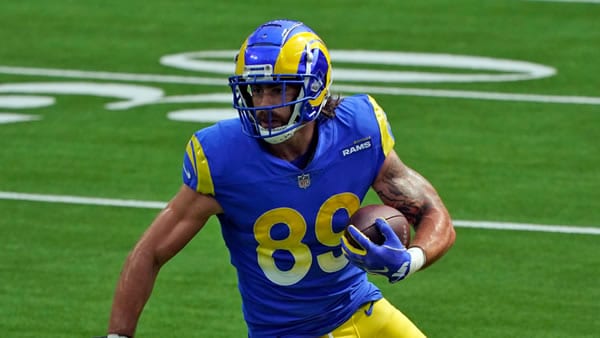 The Los Angeles Rams take on the Arizona Cardinals in NFC West action from Glendale on Sunday. It’s fair to say that this is a fork-in-the-road moment for both teams. Though the Rams are still in decent shape at 7-4, they have flattened out in recent weeks, including a 23-20 loss to the 49ers on Sunday. They are still showing signs of a good team, but they look for the consistency to become a real contender. Beating a now-desperate Cardinals team would be a good start, as Arizona has stumbled on hard times, with two straight losses, including an upsetting-to-see 20-17 loss to the Patriots on Sunday.

Cardinals: A Difficult Team to Assess in This Spot

This is a tough spot, even at home for an Arizona team that lost twice to the Rams last season, which was almost half of the Rams’ wins that year. The Rams are a lot better this season, though it didn’t show in a languid performance against the heavily-compromised Niners last week. It’s still important to point out the slew of close games the Cardinals have played. Playing the NFC East this season, they have scored a few blowout wins, but their other games have been really tight and that includes their game against the Pats on Sunday, when New England hit a 50-yard field goal at the very end to seal the win. This season, it sometimes goes the Cardinals way and sometimes it doesn’t. Against teams of similar quality, they’re not going to get a lot of separation generally.

The Cardinals are coming off back-to-back road games in what is a challenging part of the season for this young team. Back at home, falling to .500 would be a bitter pill to swallow. It’s still going to take more than sheer urgency and recognizing the direness of their predicament to improve. To manage a combined 38 points against the Seahawks and Patriots has their offense looking relatively flat, though that home/away variance isn’t a new thing for this young offense. The aerial game has still been a bit diminished, while the ground-game has been sluggish for the better part of the last two games. Against the Rams’ defense, the steadiest part of the whole LA operation, being off-key on offense might not play so well for the Cardinals.

Trying to Gauge Where the Rams Will Fall on the Spectrum

It can really vary from week-to-week with this bunch. One week they’re beating Seattle and Tampa, only to lose twice to a compromised Frisco squad, or falling apart against Buffalo or Miami. If you take their run through the NFC East into account and how they’ve done since stockpiling those wins, it hasn’t been an altogether pretty picture. At root, they’ve been an average team for the last two months—able to hit high notes, while also seeing what they do well inexplicably vanish in key games.

Here’s what we do know—the Rams have a standout defense that can really excel in all areas. They can really put their imprint on games, not just with their overall stoutness, but with big splashy plays and turnovers. We see Aaron Donald doing his thing, with reborn Leonard Floyd wreaking havoc with Michael Brockers and the front-seven doing a lot of damage. Jordan Fuller and Darious Williams have seven picks. This Rams’ defense has allowed an average of less than 20 points a game on the season and their high-point allowances on the season are 28 and 32, both on the road. This side of the ball is definitely the most-consistent component of the team.

It can sometimes be alarming how little the LA offense extracts from what it has, especially as we see flashes of how it should all come together. Jared Goff varies from week to week like no other quarterback in the league. One week, he’s smoothly running an offense chock-full of weapons. But the line has taken some hits and it seems like the old Goff surfaces with more regularity—the one who doesn’t take care of the ball, while not making the best use of the guys around him, rendering the offense rudderless. On Sunday, two picks and a fumble he coughed up was a key part of the loss. On defense, Troy Hill ran back a fumble recovery for a TD, making that 20-point output even more anemic for an offense that sometimes underachieves.

Trying to Weigh All the Info

It’s a high-stakes divisional game between two teams that aren’t peaking at the moment, with a lot of contrasting data. Arizona’s defense is better at home generally, but the Rams present more matchup issues with their defense, one that is solid throughout. Kyler Murray might be the steadier force at QB and he can be exceedingly dangerous with a receiver in DeAndre Hopkins who is the best skill-player on the field in this game. But the Rams’ defense has more viable and proven weaponry—a deeper cast of tools. And as we discuss two teams that are almost there, without being there yet—you don’t know what you’re going to get week to week.

I think things line up well for a Rams’ upturn in this spot. I think their “D” matches up well with the Cardinals and might even force a game-changing play or two. On the Rams’ offense, it’s a crapshoot, but it’s also a spot where Goff should have ample opportunity to make an impact with his cast of weapons, especially in the running game. I see a tight game, but one where the Rams get more big plays on both sides of the ball to get the win and cover in Arizona. I’ll take the Rams.

Loot’s Prediction to Cover the Point Spread: I’m betting on the Los Angeles Rams minus 3 points. Bet your pick and ALL your sports bets at reduced odds -105 every day by making the switch to BetAnySports! This is the ONLY way to bet! You’ll save thousands of dollars in risk!