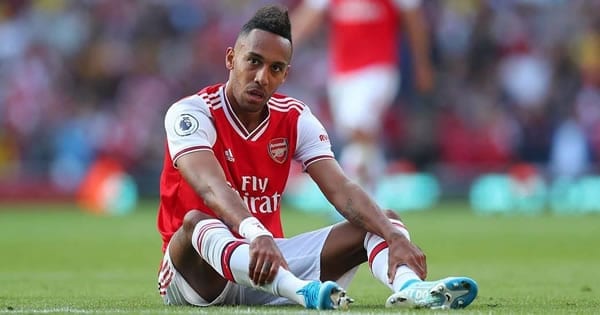 Manchester City defeated Arsenal 3-0 on December 15 at the Emirates Stadium.

The Premier League is back, and the day’s second matchup (after Aston Villa-Sheffield United) features two of the Big Five in very different situations. Arsenal has had a rotten year by its lofty standards, as ninth place is a long way off from the Champions League. But prior to the pause, it appeared that the Gunners were starting to get healthy and figure out which pieces went where. As they hit the pause, Arsenal had either won or drawn in eight consecutive matches.

But the one team they haven’t been able to crack is Manchester City. It’s been three long years since Arsenal got so much as a point off of the Sky Blues, dropping six consecutive matches to City. It’s going to be interesting for the hosts to see how they come out after the pause. Not only do they not have much hope of winning the title (Liverpool would have to fail to win in eight of its final nine matches just for City to have a shot, and even that might not be enough), but coach Pep Guardiola stated that he’d rather not play than play without fans. On the other hand, City has been stewing over a loss to its Manchester rival for three months now and looking for someone to take it out on, which might be all the motivation they need.

When Pierre-Emerick Aubameyang is on the pitch, don’t look away, because you might miss a moment of sheer brilliance. The Gabonese striker might be on the wrong side of 30 now, but he’s still one of the best scorers in the world, leading the Premier League with 17 goals in 26 matches this season. Last year, he tied for the league lead with 22 goals, and with ten games to play and three months of rest behind him, he might very well hit 25 goals for the third time in his career.

He’ll need to pick up where he left off because when he’s not scoring, Arsenal really doesn’t have a lot of great options. Arsenal has 40 goals on the season, which means that nearly half of their goals have come off of Aubameyang. Alexander Lacazette is a reliable No. 2 scoring option with seven goals, and he had the only goal in the Gunners’ most recent outing. If both players can get back to the form they showed in March, Arsenal could vault its way back into the mix for the Champions League.

When City is at its best, few teams in the world can match their firepower. Having finishers like Sergio Aguero and Raheem Sterling and a talisman-like Kevin de Bruyne means that goals are always likely to come when the Sky Blues find their footing.

But City has been prone to a few head-scratchers this season, managing to get shut out in trips to both Tottenham and Manchester United. Matches like those are the biggest reason why City is simply playing to hold on to second place as opposed to putting real pressure on Liverpool for first place. And that’s what makes City a problematic side to bet. Plus, this is a side that has now gotten used to competing for the title. Without that carrot in front of it, will Guardiola be able to get the most out of his players — especially when he’s said he would rather not be playing these matches?

Given their form, I think Arsenal on a double chance actually makes a lot of sense here. The Gunners were really starting to click as they got themselves healthy again, and City’s tendency to play to less than their potential makes a +220 double chance a very attractive option.

If you just can’t see Arsenal finding a way to get a result out of this match, I’d back either under 2.5 goals at +180 or back a “No” on both teams to score at +115. Prior to the pause, Manchester City’s past five matches all ended with a scoreline of either 1-0 or 2-0, one way or the other. Backing one team not to score gives you a nice cover if City’s defense shows up to play or if the offense goes MIA again. Given that low scores have been the name of the game for City, backing the under could be a great choice, as most people think big numbers when they think City. If you’re willing to be contrarian here, there’s solid plus money to be had. Bet this week’s soccer picks for FREE by taking advantage of a special “Deposit $100 and get $100 FREE” offer at MyBookie (See our MyBookie Review. Go here to sign-up now and grab the bonus!

I’m stunned at the complete lack of respect being shown to Arsenal here. Yes, the Gunners have struggled this season, but prior to the pause, they were actually playing very strong soccer. Arsenal has scored in nine of their past ten matches, and I think they can keep that up here. I think City is the stronger side, but I expect Arsenal to be the hungrier and more in-form side here. Given that two of Arsenal’s draws in their past eight matches have finished 1-1, I think a 1-1 correct score at +950 holds a lot of value.