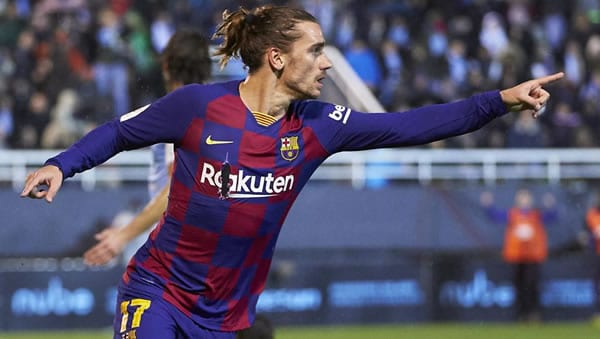 Betting lines available at Bovada, home of the 50% real cash bonus up to $250!

Two titans of European soccer meet in the quarterfinals in Portugal, as the Champions League decided to move everything to a neutral site to finish out the competition. That means this match will look more like a World Cup match as opposed to the previous one, which was played as part of a two-leg playoff. This time, there is no tomorrow, and no away goals rule to worry about.

That means that Hansi Flick’s Bayern side are just three wins away from becoming the second team ever to win a second European Treble (domestic league, domestic cup and Champions League in the same season). As luck would have it, they now face the only other club to have done it twice in Barcelona. Barca has been a side in transition this year, as they fell behind Real Madrid and ended up just barely making it over the 80-point plateau. Meanwhile, Bayern has now won 18 matches in a row and continues to look invincible. Can Barcelona and Lionel Messi spoil the party?

It’s hard to categorize a season where you finish second in one of the most prestigious leagues in the world as a disappointment, but those are the standards at Barcelona. Barca finished with just 82 points on the season, hardly a poor showing, but the club’s worst since 2008. That was also the last time that Barcelona failed to win a trophy, a feat they would match this year if they fail to win the Champions League.

Real is out this year, but there’s a real sense that Barca is about to follow unless Lionel Messi has the match of his life. Messi has always been at his best on the club level, but he’s got to get some help from the likes of Antoine Griezmann for Barca to pull the surprise. At least Griezmann doesn’t lack for confidence, telling reporters that he expects a long stay in Portugal for his side, but that confidence might be misplaced here.

BET THIS GAME FOR FREE! DEPOSIT $25 AND GET AN EXTRA $50 AT INTERTOPS! MUST USE BONUS CODE ROOKIE200

It’s hard to describe just how incredible of a job Hansi Flick has done for Bayern. That seems an odd statement considering we’re discussing perhaps the world’s most talented team, but games aren’t won or lost on paper. By all accounts, Bayern were a ship without a port under Niko Kovac, but once Flick came in, the Bavarians started having a lot more fun playing the game. The fun-loving Bayern has been unstoppable, winning their past 18 matches without so much as a tie. Monchengladbach remains the last team to actually beat Bayern, and that was 25 games ago.

Chelsea found out the hard way that there is no stopping Robert Lewandowski, who has been on another level all year and put home two goals in the teams’ second leg in Munich. With Barcelona’s defense looking somewhat suspect, expect Bayern to go for a significant number here.

This is the kind of situation where one team should gain an edge and force the other to chase the match, which means that goals are likely to be the result. These are two of the most explosive teams in the world, which is why the total has been set as high as it has. I think it’s going to take some time, but I expect these teams will hit the over and wind up with four or five goals in this match.

But the main way I’m betting this match is Bayern to win and both to score, which will pay out at +210. Barca has seen both teams score in six of its eight games, and if Bayern couldn’t keep Chelsea off the scoresheet, it seems unlikely that they’d be able to completely shut down a better and more desperate Barca attack. If you feel a bit more daring, you could grab Bayern and over 3.5 goals, which would pay out at +310.

Finally, I’d back Bayern to score at least three goals in this one. The teams don’t have a long history, but when they do meet, Bayern tends to strike often. The Bavarians have scored 12 goals in their past five matches against Barcelona, and this appears the strongest Bayern attack yet. At +220, there’s a nice return on three Bayern goals.

This is a tough call because opportunities will open up for Bayern to be greedy if it wants to be. I’m backing Barca to get a goal, but the question is, how aggressive do I think Bayern will be? Last time, I went a bit too conservative and just missed, as Bayern found the fourth goal against Chelsea to ruin my bet. This time, I’ll go ahead and be aggressive, as I’m not sold on the Barcelona defense.

I’ll go ahead and take Bayern to win this match 4-1, which would payout at +2500. Find the best priced soccer odds at 5Dimes! It’s like Walmart pricing! (Discounted).