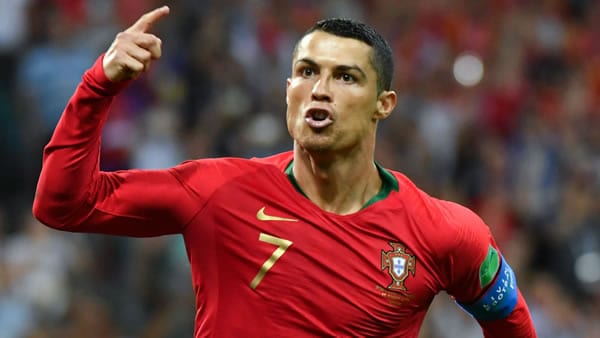 Where: Estadio do Dragao, Porto, Portugal

The bloom is off the rose on this matchup, as one team’s star is already out, and the other’s might soon follow. This matchup was supposed to be a showdown between Croatia’s Luka Modric and Portugal’s Cristiano Ronaldo. Still, health issues and a compressed calendar have already forced Modric to the sidelines, a major blow to the 2018 World Cup runner-up.

What’s left could be either a major opportunity for Portugal or a chance for young players to test themselves and show that they belong at this level. As such, if there’s a bet that you really like on this match, it would be wise to get it in right away, as injury news might move the line to a place that you don’t want it to go before these teams kick off on Saturday.

Croatia is a relatively new power in the soccer world, built mostly off the talents of a golden generation headlined by Modric and Ivan Rakitic. Unfortunately for the Blazers, neither man is going to be in Portugal at kickoff on Saturday. Both compete in the Spanish league and have chosen to withdraw from these matches in order to focus on their season opener next week.

Croatia isn’t devoid of scoring options without those two, as Ivan Perisic (Bayern Munich) and Andrej Kramaric (1899 Hoffenheim) should get the chance to shine without being overshadowed by either their more famous Croatian teammates or the bigger names on their respective club teams in the Bundesliga. Outside of those two, the Blazers’ main concern will be shoring up a defense that didn’t get the job done when the team was last together in 2019. Croatia has allowed a goal in four of its past six matches, and four of six have seen at least three goals fly into the net. Given the quality of the opposition, an early goal conceded could be challenging to overcome.

BET YOUR SOCCER PICKS FOR FREE TODAY BY DEPOSITING $25 AT INTERTOPS SPORTSBOOK AND THEY’LL GIVE YOU AN EXTRA $50 WITH PROMO CODE: ROOKIE200

This line could change drastically by the time we get to Saturday, as Portugal faces the ultimate “will he or won’t he” concerning the health of Cristiano Ronaldo. Ronaldo has been the face of Portuguese soccer for the past 15 years and is closing in on his 100th goal in a Portugal shirt, but he’s picked up an infection in his foot and is questionable for both this match and Tuesday’s match against Sweden.

If Ronaldo is able to go, he’s almost a sure bet to get No. 100. In Portugal’s past six competitive matches, Ronaldo has found the net, including a three-goal showing in his most recent home match against Lithuania. However, the last time that Ronaldo was held scoreless (a 1-0 win over the Netherlands) came in this stadium, and Croatia is almost certain to focus all of its attention on Ronaldo if he’s on the pitch.

If Ronaldo isn’t able to go, look for Bruno Fernandes (Manchester United) to step up for the Navigators. Fernandes broke out during the Premier League’s resumed season, and he had the first goal in the win over Luxembourg, making him an excellent option as a goal scorer for this match whether or not Ronaldo is on the pitch.

Croatia has never beaten Portugal, and with their two top players down, I don’t expect that to change this time. Actually, because of that, I think that the under is the way to play this match, and the history bears that out. In the past four meetings between the sides, no more than two goals have entered the net, and Croatia has only managed to score once in five tries against Portugal.

Because of that, I think taking Portugal to win and under 2.5 goals at +270 is an excellent play. There’s little reason to expect a lot of goals given how long both teams have been off, and if Thursday was any indication, virtually every team is affected. Seven of the ten matches played Thursday were scoreless at halftime, and if both teams are missing starters, there’s an excellent chance that the first goal doesn’t come until the second half. You’ll get +150 for that bet, which I think is a solid payout given how these matches have been unfolding.

Finally, I’d take Fernandes to score any time at +300. If Ronaldo is out, this number will drop drastically, and Fernandes has been hot lately while in a Manchester United shirt. If he can carry that over, he’s a strong candidate to find the net here.

Portugal looks like a team of the future, while Croatia is very much on its last legs. Unfortunately for the Blazers, the main part of those legs won’t be here for this match, and Croatia has been very vulnerable away from home as of late. Outside of drilling Slovakia, the Blazers have failed to win in any of their other seven most recent road matches.

Croatia has scored in all but one of those matches, but this Croatia side has been off for too long and is nowhere near full strength. Because of that, I’ll back Portugal to claim a 1-0 win at +550. Did you know that you can bet on soccer games at discounted odds every day? Not all odds are created equal! Dump your overpriced bookie today and start wagering at Walmart style pricing at 5Dimes!