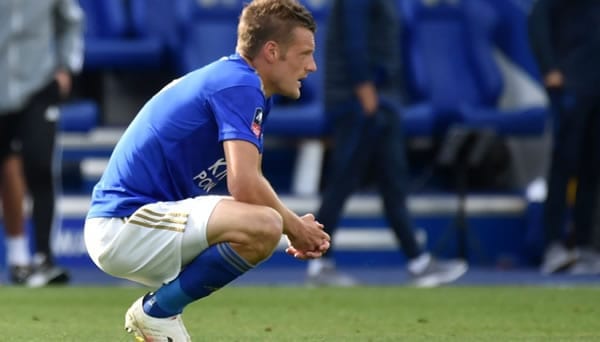 Leicester’s march to the Champions League is now in serious trouble, as the Foxes sit just three points ahead of Manchester United thanks to a dreadful run of form. Leicester did pick itself up off the mat in the second half against Crystal Palace, but was that a sign of things to come or merely taking advantage of a wounded opponent? Other than that match, Leicester hasn’t been scoring and hasn’t looked anything like the team that got itself into third place.

Conversely, Arsenal had a terrible start to the restart but has picked up its form recently. The Gunners looked like a Champions League side in their own right when they controlled the match against Wolves and scored a critical win that made the Europa League a possibility. Arsenal has only gotten to play one match at home since the pause and looked excellent doing it; can it sustain the momentum?

It’d be easy to say that Leicester simply didn’t come back strong after the pause, but the reality is that something has been wrong with the Foxes for several months. In Leicester’s last ten matches, the Foxes have scored one goal or fewer in eight of them, with the lone exceptions being likely-doomed Aston Villa and the win over Palace on Saturday.

As it has been ever since Leicester’s miracle run to the Premier League championship in 2016, the Foxes’ fortunes are tied directly to the performance of Jamie Vardy. When Vardy is on, as he was against Palace, things get much easier for Leicester. Vardy has 21 goals on the season, best in the Premier League.

And that’s both the reason why Leicester City is third in the league and why they haven’t improved on that since the restart: when Vardy doesn’t find the net, Leicester tends not to find much in the way of offense. Getting shut out by Wolves, Manchester City, and even Brighton is understandable, but Leicester also fired a blank against Norwich City, which hasn’t been able to stop anyone. That’s not a good sign going into a matchup with an Arsenal side that has now blanked three consecutive Premier League opponents.

It’s taken some time, but the Gunners finally have themselves showing the kind of quality that’s expected at the Emirates. Arsenal was supposed to do the job against Southampton and Norwich City, but a 2-0 win over Wolves at the Molineux came as a real surprise. Truth be told, Arsenal won that match in the first half and simply ran out the clock in the second, but that was just the way they chose to play it against an aggressive Wolves side.

What Arsenal has done in recent matches is wait for the opponent to make a mistake and then capitalize. The Gunners have proven a patient side under Mikel Arteta, and the Spaniard finally seems to have the Gunners playing the way he wants. Part of the reason Arsenal can afford to be patient is the presence of Pierre-Emerick Aubameyang, who is second to Vardy in goals with 19. Arsenal knows they can create an opportunity from just about anything, making them very dangerous with him around. Arteta has said that he still believes qualification for the Champions League is possible, but they’ll have to run the table to do it. That sounds like a side that believes it has much to play for.

I’ve been really impressed with how Arsenal have played since the loss to Brighton. That match could have broken Arsenal’s backs, but instead, they’ve bounced back and looked a quality side ever since. The defense can’t hold forever, but given that Leicester has had a lot of problems finding goals, I think there’s a lot of value in taking Arsenal to get its fourth consecutive shutout at +310. The Gunners have easily been the hungrier side, and there’s also the fact that Leicester has never played well in North London. The Foxes have lost nine consecutive matches to Arsenal at the Emirates without a draw in there, and I see little in Leicester to suggest that changes here.

If you feel less confident in the Gunners’ defense, you could play it a bit safer and back Arsenal to win with under 3.5 goals in the match. Leicester has scored precisely once in three of its last ten matches, so this gives you some insurance if you think Vardy manages to find a tally. You’re still getting +220 for that possibility, so it’s a solid return for a conservative play. If you want to go in the other direction, I think you’ve got a reasonable shot to win with Arsenal to win and under 2.5 goals, which will pay you +450. I don’t see this match featuring a lot of goals, and I think two could be the right number for this matchup.

I know Leicester just pounded Crystal Palace, but for the first half of that match, the Foxes looked like the same team that has languished for months. Arsenal is the team that’s more in form, and the Gunners have owned this matchup when it’s on their home pitch.

I don’t see that changing, and I love the value available on a two-goal shutout win for the Gunners. I’m going to back Arsenal to win 2-0 at a line of +1150.