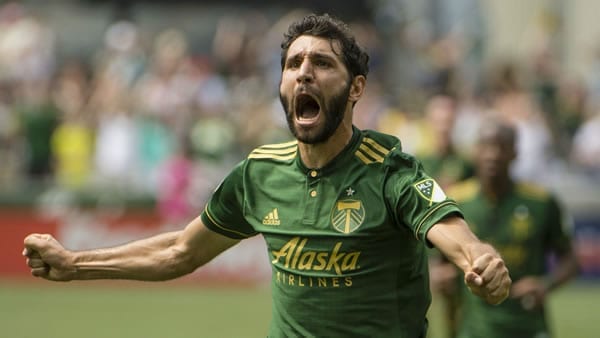 Two offensive-minded sides try to open up what has been a low-scoring tournament at the time of this writing, as just five goals have been scored in the first four matches. Goals shouldn’t be a problem in this matchup, as Minnesota comes to Disney as the highest-scoring team in MLS, scoring eight goals in its first two matches. But Sporting has been just a step behind, putting home seven in their first two matches and looking very good doing it.

If these teams can pick up where they left off in March, this has the potential to be one of the highest-scoring games in the group stage. But can they overcome the heat in their first match back?

Playing this tournament without Jonathan dos Santos is going to hurt, as the Galaxy don’t really have a second option to set up their strikers in the attacking third. Even with dos Santos, the Galaxy attack didn’t get off to much of a start. They didn’t appear to have a plan on replacing now-departed Zlatan Ibrahimovic and didn’t really seem to understand how to use their new weapon, Chicharito Hernandez.

One goal in two matches isn’t what anyone expects from the Galaxy, who are used to putting up goals in bunches and finished third in the league in goals last season with 58. The problem is that Los Angeles also gave up plenty of goals last year, and there’s no sign that the defense has fixed itself. Last year, no playoff team gave up more than the 59 goals allowed by Los Angeles, and the fact that they committed 37 fouls in the first two matches doesn’t exactly inspire confidence. This appears to be a team that doesn’t know what it wants to be this season and doesn’t exactly have a lot of time to figure it out.

There’s only one team in MLS that has an average age above 27: the Timbers. Experience can often be helpful over the course of a season, but in a format like this, it can actually backfire because you have three matches that come at you quickly in the group stage and then a grueling knockout stage. In short, Portland has to have this match, because a loss here would set them up for trouble in the remaining two games when they’ve already faced a challenging opener.

To get a result, Portland has to be all about limiting chances at the back end. The Timbers don’t have much in the way of a natural goal scorer, which is why they’ve managed just two goals in the two matches that preceded this tournament. Both of those belong to 34-year-old Diego Valeri, and that could spell long-term trouble if Portland can’t find a reliable second option. The bottom line is that this squad is built to win over the course of a 34-game schedule, not a seven-match sprint. If the match features more than a goal or two, Portland is going to be in real trouble.

Given that these teams don’t look all that menacing in their attacks, I think there’s a lot of value in playing a draw here at +270. I don’t trust either defense, but I also don’t like what I see from the attacks here, and the reality is that Portland absolutely must get something out of this match if the Timbers are going to have any chance at reaching the knockout stage. I think the Timbers will play conservatively, and that means the under offers outstanding value at +145.

If there is a goal, I don’t think it’s going to come until the second half, and that means there’s excellent value in a scoreless first half, which pays out at +240. The Timbers are older, and the Galaxy are still figuring out which pieces go where, so it’s highly unlikely that we see much in the way of fireworks in the first half. Taking a “No” on both teams to score at +160 also offers outstanding value for a pair of teams that will likely spend the first hour feeling each other out and feeling themselves out. It wouldn’t surprise me at all to see someone get shut out here.

I honestly don’t like what I see from either side. Portland hasn’t looked impressive with its finishing, and Los Angeles doesn’t really seem to be on the same page as a unit. Throw in a long layoff, and you have a recipe for a game that’s not going to be very pleasant to look at. I’ve actually never made this pick before, but I feel like I have to do it in this case. At +950, I’m going to back a 0-0 scoreline that gives both teams the point they need to remain in the hunt for the knockout stages. With sports restarting, now is a great time to reassess your betting arsenal. Done are the days where you’re forced to lay -110 odds on games. Start saving big money today by taking advantage of the best running offer that any sportsbook offers: -105 odds. This saves you $5 per $100 you’re trying to win. Imagine how much that adds up to be over the course of a year! Easily hundreds (if not thousands) of dollars! Start betting smarter/wise by making the switch to reduced juice wagering at 5Dimes Sportsbook!