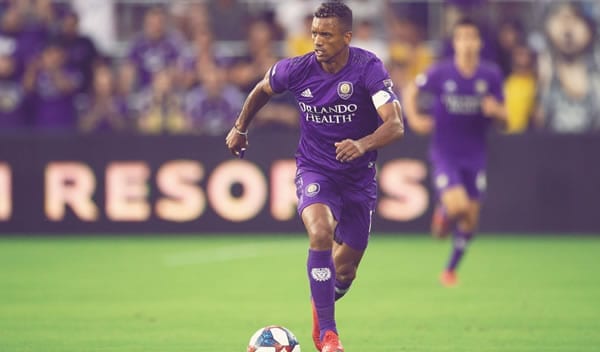 (Odds provided by BetOnline - One of best live in-game betting platforms on the web!)

Semifinal two brings us an intriguing coaching matchup, as former Orlando boss Adrian Heath tries to guide Minnesota into the final by defeating his former employers. Neither team was expected to get this far, but both have stepped up in a big way by winning a penalty shootout against a tough opponent in the knockout stages.

Now they’ve arrived at a chance for redemption, as both clubs remember all too well how things went for them in the U.S. Open Cup last year. Orlando fell at this stage to Atlanta United after their best showing in the tournament in club history, but the Lions have a different coach than they did a year ago and believe in the direction that Oscar Pareja has steered Orlando. Minnesota also fell to Atlanta last year, but did so in the final, costing the Loons their first trophy in club history. Heath has proven masterful at motivating his Minnesota side and still knows the Lions well from his time in Orlando. Will that be enough to get Minnesota to reach another cup final?

On the offensive side of the pitch, Chris Mueller has had an outstanding tournament and given Orlando the threat it needed in the midfield. But it’s Nani’s resurrection that has really made the difference for the Lions. Nani scored the winning penalty to lift the Lions past LAFC and provided the winning goal in the opening match against Inter Miami in the tournament opener. His play on the wing has really opened things up for both Mueller and Tesho Akindele, who have combined for five of the Lions’ eight goals in the tournament.

Heath isn’t hiding it: he readily admits that he spent too much time building Orlando City to ever view the Lions as just another club. In fact, he came into this tournament with a home-field advantage that
nobody else had: he had previously coached at the Disney complex when Orlando was a lower-division side, and he’s seemed to be right at home coaching in central Florida despite a slew of injuries that have hampered the Loons.

Of course, Heath has shown no problem using the disrespect shown to Minnesota in his favor, as he’s consistently tried to make this tournament into an “us against the world” situation for the Loons. The way Minnesota beats you is by both waiting for its moment and striking on the counterattack and by earning a set piece and finding a hole in the defense. If there’s a man to watch for from the Loons, it’s probably Robin Lod. The Finnish midfielder has stepped up with the opening goal in each of the past two Minnesota matches, and with Minnesota running out of options, he’s going to have to be strong again to get the Loons into the final.

This should be a chess match between two excellent coaches. Both men have pushed all the right buttons, and it’s clear that this match means a lot to both sides, who would answer a lot of questions among their fan bases if they come home with a trophy and a CONCACAF Champions League berth. I think the best way to play this match is to take a draw and both teams to score at +310. Nine of the 12 games in the knockout stage have seen both teams score, and three of those have been a score draw. Given how well these teams have taken advantage of their rare opportunities, I think there’s a good chance that these teams finish this match level. If you want insurance against the shutout, playing for just a draw at +250 is a reasonable option.

You might also want to take the under at +105. Minnesota’s defense has been dynamite during the knockout stage, as both goals, the Loons have conceded were the result of a penalty (technically, Columbus’ Gyasi Zardes scored in the run of play, but his goal was actually off a rebound from a saved penalty). But Orlando’s has been even better, given up just one goal to LAFC and shutting out Montreal. Given that these are counterattacking teams, it could take a while for this match to open up.

These teams know each other too well to expect this match to open up. These are confident teams playing quality defense, and I think the chances are going to come late for both sides. Ultimately, I see this match being decided in penalties, and I don’t expect a lot of goals here. Bet your soccer picks for FREE this week by taking advantage of a 100% REAL CASH bonus on your first deposit of $100 to $300 at MyBookie Sportsbook! You must use bonus code PREDICT100 and sign up through this special link to take advantage of this special offer!