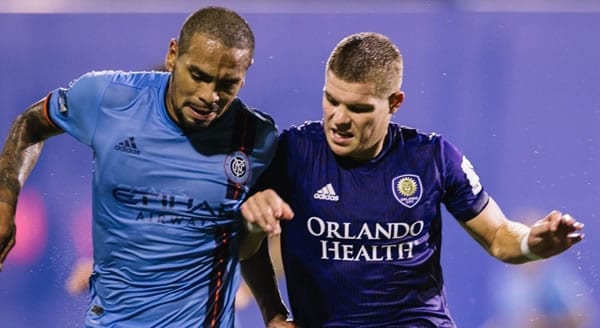 Group A is on the line here, as Philadelphia and Orlando are both through to the knockout stage after winning their first two matches at the MLS Tournament. Philadelphia was expected to be in this position, but Orlando has been one of the surprise teams of this tournament, as the Lions had long been an underachieving side that hasn’t so much as sniffed a playoff berth since joining MLS in 2015. But City has looked pretty solid in its first two matches, displaying an attack that few thought they were capable of before this tournament began.

The attack will have to be sharp against a Philadelphia side, one of just five in the tournament, to allow only one goal in its first two matches. The Union has been in control of both of their games and made it clear that the step forward they took last season was no fluke. They’ve got the harder assignment in this matchup, as they would currently lose the group on goal differential to Orlando and must win to finish first in the group.

And make no mistake: both teams badly want to finish first in this group if they’ve got any plans to win this tournament. The group winner will likely face a relatively straightforward round of 16 match with D.C. United. In contrast, the runner-up would probably face a much tougher matchup with either Toronto FC or New England.

Long an underachieving side, the Union clearly sees this tournament as an opportunity to make a statement that those days are over. Philadelphia has proven to be a quality side in this tournament, getting goals from three different players and playing tough defense to pick up a pair of one-goal victories.

The most significant sign that things are different this time for the Union is the way they reacted to their win over Inter Miami. Philadelphia showed virtually no signs of satisfaction following the 2-1 win, instead seeming upset with a lackluster performance in a win. Both Philadelphia players and coach Jim Curtin said that the Union didn’t play anywhere near their expectations in that match, which suggests that Philadelphia expects to both win and play well now.

To do that in this match, they’ll need to get more from team captain Alejandro Bedoya, who scored the only goal in the Union’s first match but did nothing against Miami. Orlando will likely look to slow Bedoya down, though, so a second or third option might have to step up!

BET THIS WEEK’S SOCCER PREDICTIONS FOR FREE BY TAKING ADVANTAGE OF A 100% REAL CASH BONUS FROM $100 TO $300 AT MYBOOKIE! FREE LOOT IS GOOD LOOT!

Chris Mueller has been a real revelation in this tournament, scoring three goals in two matches so far and ranking third among all scorers in the tournament. With him on the attack, Orlando City has looked much more menacing than in past seasons, as Mueller has forced teams to pay less attention to both Dom Dwyer and Nani.

It’s added up to a stronger-than-expected showing for Oscar Pareja’s club, which is playing with house money here after securing passage to the knockout stages. Orlando City gets the added bonus of being able to play this match however they want to, as they can either play conservative and opt for the tie or go for their third consecutive victory. Either outcome would see Orlando top the group and allow them to face a third-place side in the round of 16. I would expect Orlando to play with nothing to lose here, as Pareja wants to build his side’s culture more than anything in this tournament.

Both sides have had issues on defense, and both have proven adept at finding the net, so I’d back both teams to score in this contest. However, with that at -162, we’re going to have to pair that with a result to get something out of it. I think that as well as Orlando has played, the Union are the better side and should come out on top. So I’m going to play Philadelphia to win and both teams to score at +275, a reasonably solid return.

Obviously, if we’re playing a win and both to score, that means we’d be taking the over. However, if you’re going to do that, pair it with a Philadelphia win at +210. There’s no reason to pay the juice on the over if you’re expecting a three-goal match, especially when we know that Philadelphia has to play to win.

Because Philadelphia has to play to win and because of the teams’ respective histories, I’d also back an early goal. Of the past six meetings between these two sides, five of them have featured a goal scored in the first 10 minutes. You’ll get an extra five minutes to work with here, and taking the first goal in the first 15 minutes will pay out at +195. If you want to get even more daring, three of those five early goals have gone to Philadelphia, and you’d get +425 for the Union to hold a 1-0 lead (or any lead) at the 15-minute mark.

Orlando looks like it will be a tough out in this tournament, but Philadelphia is a cut above what the Lions have faced so far. The Union are clicking on all cylinders right now, and they’re going to come out fired up to win against an opponent that they’ve lost to just once in the past six meetings. I like Orlando to find the net, but a third consecutive one-goal win for the Union seems like the way to play this. At +825, I like a 2-1 final score prediction that sees Philadelphia control the match and top the group. Find the most soccer wagering options on the internet at 5Dimes. They also offer reduced/discounted odds which will save you big money. Check out our 5Dimes Sportsbook Review and signup today to start saving big money!