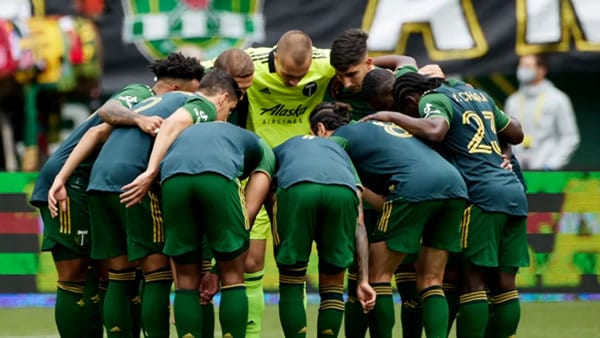 Point Spread: Portland +1/Philadelphia -1 (BetOnline - We tested them ALL and BetOnline is THE fastest paying sportsbook on the web! Oftentimes with Crypto payouts in 30 minutes or less!)

Portland defeated Philadelphia 2-1 on August 5 at the MLS is Back tournament in Bay Lake, Fla.

A suddenly resurgent Portland attack runs into a Philadelphia defense that has become a wall in recent showings. Fixture congestion really hurt both of these teams in the early part of the season, as both teams started the year in the CONCACAF Champions League and had to fight their way through juggling both MLS matches and competitive matches against clubs from Mexico and Central America. That tournament is in the past for both teams now, and both teams are starting to look more like what was expected at the start of the year.

For Portland, that’s meant getting the attack back up to a level that allows the Timbers to take advantage of their chances and punish opponents when they come. The win over Los Angeles was a perfect example, as the Timbers waited until the second half and then unloaded on the Galaxy, using a Los Angeles red card to take full control of the contest. Philadelphia hasn’t looked anywhere near as good as Portland, but the Union has been very effective, scoring a pair of 1-0 wins over the past two weeks. Can one side break down the other’s rock-solid defensive efforts?

The signs were there that Portland had the potential to be a dangerous attacking side when it nearly stole a point off Seattle after coming home from a road trip in Mexico City. Since that 2-1 loss to the Sounders, the Timbers have put home five goals while conceding nothing to their opposition.

The attack has been excellent as of late, but it’s been the Timbers’ defense that’s really been praiseworthy because they’re getting the job done with a goalkeeper who wasn’t even supposed to be in MLS. Portland began the year with two experienced keepers in Steve Clark and Jeff Attinella, but Clark is on the shelf with a thigh strain, and Attinella was lost for the season with a ruptured quadriceps. So the job has fallen to Logan Ketterer, who normally plays for El Paso of the USL but came to Portland on an emergency loan. So far, he’s done the job very well, as he’s yet to be beaten in two starts. With Felipe Mora and Diego Valeri getting the job done on the attack, the Timbers are in a fine position to ride this out until Clark makes his return.

You know your style of play isn’t attractive when your own fans are openly asking whether or not your team is any good. The Union managed to get out of the nation’s capital with a win, but it was far from an enjoyable experience to watch, as only a late goal in the first half made the difference between that and a scoreless draw.

So far, this hasn’t been a high-flying attack by any stretch of the imagination, as six of the Union’s first seven matches have seen two goals or fewer hit the back of the net. The only exception was a 2-1 loss to Miami, which Philadelphia had control of until the Herons turned the match around with two goals in the final 20 minutes. The main difference as of late is that Union has gotten the goal early and forced opponents to use up all their energy going through the slog of fighting through their defense. Philadelphia has gone ahead in five of seven matches this year, but they’ve managed to blow the lead twice, and both times, the first goal of the match didn’t come until the second half. Philadelphia’s defense is a lot like quicksand: the longer you fight, the harder it is for you to get anything out of it.

If there’s one MLS opponent who knows how to frustrate Philadelphia, it’s Portland. The sides came into MLS a year apart, but the Union only has one win against the Timbers in their 10-year history, which has seen the Timbers claim victory seven times. As such, I think this is an excellent time to take Portland on a double chance at +160. The Timbers’ defense is eventually going to break down and concede, but the attack should be sharp enough to handle it even if Portland does allow a goal.

Plus, Philadelphia seems to have a real mental block when it comes up against Portland’s defense. In 11 meetings with the Timbers, the Union have gone to halftime with a zero on the board ten times. Not only that, but these sides are very used to taking the entire first half to feel each other out. In eight of those ten instances, Portland went into the locker room with nothing on its side of the ledger either (it actually took until the eighth meeting between the teams for someone to score a first-half goal), making the +230 for a scoreless first half a very attractive bet.

Finally, if you want to be really aggressive, I think the draw is the right way to play this match. Honestly, I’m just fine playing the under here because I believe this will be low scoring, and I’m just fine getting +125 for Philadelphia to play another match with two goals or less. But if you want to get aggressive, I can’t see either side separating themselves here, given that both teams are playing pretty good defense right now. Even though I do see both teams scoring, I don’t think it’s worth going to +350 to gamble on the score draw, as this isn’t a match I want to risk losing to a scoreless tie.

Portland has won five straight against Philadelphia, but I think the Union are doing enough on defense to at least get something out of this contest. However, the Timbers seem a more confident side since they nearly stole a result against Seattle with the odds heavily stacked against them, and I think they’ve got more than enough to avoid defeat while going coast-to-coast.

A scoreless draw is a very real possibility, but I’ve got a bit more faith in Portland’s attack than that after seeing the Timbers score in seven consecutive matches. Instead, I’ll play for a 1-1 draw at +700. Bet YOUR pick for FREE by scoring a massive 100% real cash bonus on your first deposit of $100 to $300 at MyBookie Sportsbook! (Must use bonus code PREDICT100 to receive the special bonus)