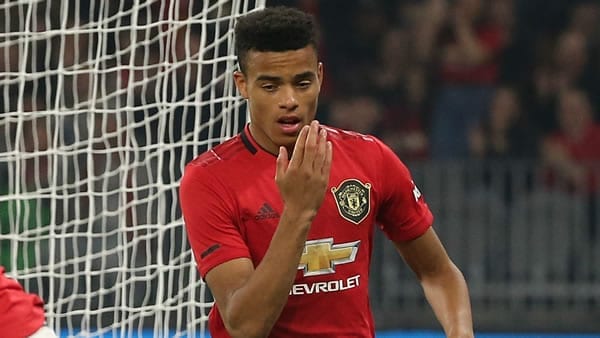 The teams drew 1-1 on August 31 at St. Mary’s Stadium in Southampton.

Thanks to Chelsea’s defeat, the door has opened wide for Manchester United to move into third place in the Premier League and guarantee itself a spot in the Champions League next season. Given that United sat eighth at Christmas, a third-place finish would be a fantastic turnaround for the Red Devils and go a long way toward quieting Ole Gunnar Solskjaer’s critics.

But to get there, United has to navigate a tricky matchup with a Southampton side that’s been excellent at picking up wins on the road and happens to be playing some quality soccer itself. Only Liverpool, Manchester City, and Chelsea have more road wins than the Saints, and Southampton’s coming off a string of seven points in three matches, including a win over Manchester City. But United is really coming into its own as a team right now, having just become the first in Premier League history to win four consecutive matches by three goals or more.

The standings say that Southampton has nothing to play for, given that the Saints don’t have enough time to catch Wolves and Arsenal for a Europa League spot. But nobody seems to have told Southampton, which has won two of three on the road and would have beaten Everton if not for a missed penalty (although to be fair, they never should have had that penalty in the first place).

At the moment, the Saints seem to have two goals on their mind: finish this season strong and create a springboard for next year, and get Danny Ings a call from the English national team for the 2021 European Championships. Ings has proven to be an excellent buy for the Saints in his first full year at Southampton, scoring 19 of the Saints’ 43 goals this year, including three in Southampton’s past three matches. When he’s able to find space, Southampton is tough to beat.

The biggest reason for Southampton’s rise, however, has been a renewed commitment to defense. The Saints have given up 56 goals this season, but just four of those have come in the five matches since the restart, and two were to a surging Arsenal side. Any team that can shut out Manchester City has some idea of what it’s doing at the back.

The sleeping giants have awoken, and Manchester United looks like it could be the next great team in the Premier League. It’s hard to believe given Manchester United’s glorious history, but it’s been seven years and five managers since the Red Devils last sat atop the Premier League in 2013. 2020 will be another year short of the title, but there’s plenty of reason to believe the next title is coming to Old Trafford soon, perhaps as early as 2021.

That’s because the resumption has seen the emergence of Bruno Fernandes and Mason Greenwood, who have been merely sensational over the past month. Fernandes, who came over from Sporting Lisbon of Portugal in January, already has seven goals and six assists for United in just 10 Premier League starts. Meanwhile, Marcus Rashford, Anthony Martial, and Mason Greenwood have combined for 39 goals this season — and none of the three has reached his 25th birthday. Nobody in the United Kingdom is playing better soccer than United right now, and truth be told, the only side in Europe that can claim to be playing on the same level is German champ Bayern Munich. United is hitting on all cylinders right now, and they’re doing it at both ends of the pitch. Not only has United won four consecutive matches by three goals, but they’ve shut out their opponent in three of their past four games.

I love how Southampton is playing, but I can’t see them getting anything out of this match. United is simply playing too well at both ends of the pitch to let the Saints get anything going, and although I can see Southampton finding a goal here, I think that the best way to bet this is to take United and over 3.5 goals at +180. I think United is playing so well right now that there’s a chance it finds four goals in this match on its own, and these teams have been known to produce goals.

In their past three matches, not only have both teams scored, but they’ve combined for four goals or more on two of those occasions. But that said, even though you’ll get slightly better odds at +190 if you take a United win and both to score, I’d rather have the over. Given that the Saints’ attack is Danny Ings and little else, I’d much rather find myself in a position where a goal from either team will help me, and I’ll sacrifice the small boost in odds for that extra flexibility.

If you want a quick victory, back the first half to produce two or more goals at +130. Southampton has scored in the first half in three consecutive matches, and United has scored two goals by halftime in each of its past four games. I think there’s plenty of value in getting plus money to see two goals on the board by halftime with these two sides.

Finally, you might be tempted by United to score three or more at +115, but I wouldn’t do it here. United can certainly get three, but if the Red Devils do score three, they’ll almost certainly win the match, so you’d be better off either taking United to win to nil at +110 and getting insurance if they don’t score three or taking the aforementioned over 3.5 bet. In each outcome, there are better bets on the table.

I like the way Southampton is playing, and I like the Saints to get a goal out of this match. I think Ings is on a mission, and his teammates are proud to be part of that.

But Ings is one man, and the reality is that Southampton just doesn’t have the horses to match up with Manchester United’s attack. I think the streak of winning by three goals comes to an end here, but I don’t see United having too many problems in this one. I’ll back a 3-1 victory for Manchester United at +1000, which would see the Red Devils into third place in the Premier League. Want more free cash to bet with? Bovada Sportsbook has been online for almost 20 years! You can deposit $100 and they’ll give you a free $50 or deposit $500 and they’ll give you a free $250!