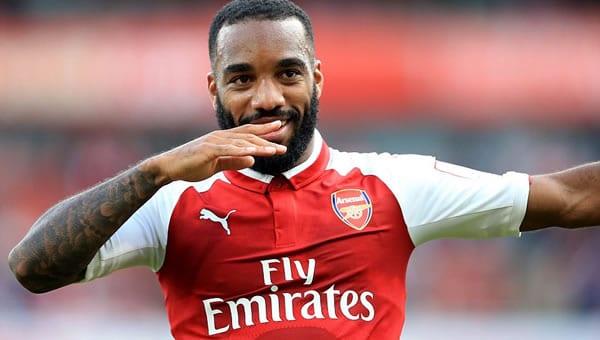 Moneyline: West Ham +500/Arsenal -189/Draw +333. Did you know that you can bet on ALL sports at reduced odds? YES and this will save you HUGE money! Find reduced odds offerings on all sporting events at BetAnySports!

This is about the last place in the world that West Ham wants to be right now, as the Hammers have to follow up an opening-day loss with a trip across town to a stadium that has tortured them for more than a decade. West Ham has made the six-mile trip to the Emirates 11 times over the past ten years, and on 10 of those occasions, Arsenal has been victorious. That’s a terrible situation for David Moyes and his side to walk into, especially after a flat performance that raised many questions about a team that might be looking at relegation at the end of this season.

Arsenal, on the other hand, is thinking Champions League. Mikel Arteta has revitalized the North London club, and the Gunners looked the part of a Champions League side in dissecting Premier League newcomers Fulham last week. The news gets even better for Arsenal, as their main man Pierre-Emerick Aubameyang just signed a three-year extension this week, resulting in many good feelings for the Gunners. Can they build off them this weekend and punish a West Ham side that’s clearly reeling?

West Ham was rather lucky that the season ran out of games before things could get really bad, as the Hammers just barely avoided the drop by six points last year. On the one hand, Moyes’ side came up with the results that it needed when it mattered most, as the Hammers beat Chelsea and earned draws with Manchester United and Newcastle, giving them the points they needed to hold off Bournemouth and remain a Premier League side.

But the defense seemed to have regressed in the loss to Newcastle, as the Hammers wasted the lion’s share of the possession and looked devoid of ideas when they needed to get back in the match. West Ham is still in search of a center back who can lock down opposing attacks, and if they can’t make a move, it’s highly likely that they’re going to play a lot of high-scoring games again. West Ham gave up 62 goals a season ago, and it looks like the defense might be even worse than it was last season. That’s not the situation West Ham needs when it’s about to play one of the Premier League’s most potent attacks.

Arsenal’s performance against Fulham was exactly what the Gunners want to be under Arteta: Arsenal was accurate with its passing, took quality shots, and generally controlled the game at Craven Cottage. It didn’t hurt that Alexander Lacazette opened the scoring early and put Arsenal on the front foot for the rest of the contest, as Lacazette needs to be the No. 2 scoring option for Arsenal behind Aubameyang. New signing Willian will also be expected to make an impact moving forward, but for the most part, Arsenal will go as far as their experienced scoring stars can take them.

Plus, Arsenal seems to know that a good start is critical to their chances of competing for a Premier League title. Following this match, the Gunners hit the toughest stretch of the season, as their next six games include trips to Liverpool, Manchester City, and Manchester United, along with challenging home games against Sheffield United and Leicester City. There’s a good chance Arsenal comes out of that six-game stretch with 10 points or less from it, which means the Gunners can’t afford to let opportunities like this one or the Fulham game slip away from them. That hasn’t been a worry at home under Arteta, as Arsenal has won seven of their past eight at the Emirates, with the lone slip being a 1-1 draw with Leicester.

Here’s an interesting stat: since the pandemic hit, West Ham has yet to lose a match when it puts the ball in the net. The last time the Hammers scored but lost in a competitive game was February 24, when West Ham couldn’t hold the lead at Liverpool and wound up with a 3-2 loss. So with that being the case, I’m backing Arsenal to win to nil at +165. The Gunners shut down Fulham with ease, and it doesn’t look like West Ham’s attack is going to be any better than the Cottagers were.

But if you don’t want to worry about the Arsenal defense, I’d take them out of the equation entirely and back Arsenal to score at least three goals at +160. The West Ham defense is questionable at best (the Hammers gave up five to Bournemouth in a friendly before the season), and Arsenal is the best attack that West Ham has seen in a while. The Gunners have many ways to hurt their opponents, and they should be good for three goals again.

If you feel daring, you could also back Arsenal to cover a two-goal spread at +320. The Gunners look capable of putting up a significant number, and in six of their past 11 matches, Arsenal’s won by at least two goals, with four of those being by more than two. This match looks one-sided, and this appears to be a strong, aggressive play.

Half of West Ham’s ten losses in 11 trips to the Emirates have ended with Arsenal keeping a clean sheet, and the Hammers’ attack looks a long way from being anything close to threatening. West Ham only put three shots on target against Newcastle despite having 60 percent of the possession, so there’s not really a lot for Arsenal to worry about from a West Ham goal in this match.

I’m going to back a comfortable Arsenal win and take the Gunners by a 3-0 margin at +1000. Bet your soccer/football picks FREE this weekend by taking advantage of a special bonus where you deposit anywhere from $100 to $300 and get a dollar for dollar matching (real cash) bonus at MyBookie Sportsbook!