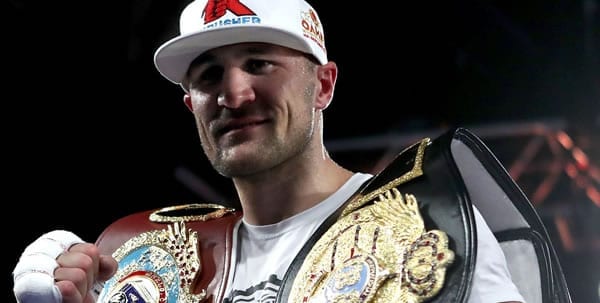 Sergey Kovalev defends his light heavyweight title belt against unbeaten KO artist Anthony Yarde on August 24 in Russia. The 36-year-old Kovalev has been at or near the top going on seven years, with some memorable demolitions on his resume. He has suffered a few setbacks, but rebounded well and looks to make a little run before he hangs ’em up. He has a dangerous opponent in Yarde, nearly a decade younger at 27. Yarde, a powerful Londoner, has knocked out every opponent since winning a decision in his second pro bout. A pro for just over four years, is Yarde going to be able to see his success translate at a far-higher level? Or is Kovalev too seasoned?

Kovalev did well to beat a really superb light heavyweight in Eleider Alvarez in his last fight, avenging a TKO defeat from 2018. A lot of people thought Kovalev won the first Andre Ward fight before Ward stopped him in the rematch. On the one hand, two stoppage defeats in the last several years doesn’t paint a great picture. And Kovalev probably isn’t quite the force he once was. But one wouldn’t be crazy to say he’s beaten every man he ever faced in the pros. And beating Alvarez earlier this year shows he’s far from done.

Yarde, however, is a dangerous man, as his KO record would attest. He is a very muscular 175-pounder, while also possessing good feet to help him find the right range in which to unleash his onslaughts. A well-developed 6-footer, he has good size and looks the part. When watching him fight, one can see in the way that opponents react when getting hit with his right hand that his power makes him a threat against anyone in this division. He also shows really good reflexes and is ultra-alert and concentrated when in the ring. He can go to the body well and is good about getting in the right position.

With just 51 rounds of pro boxing under his belt, it’s only fair to appraise Yarde’s lack of experience—both in terms of quantity and quality. With most of his fights ending early, he has yet to so much as see the eighth round yet. And his lack of quality opposition means his fights have mostly been one-way traffic. While you can gauge a fighter’s talent by witnessing these one-sided demolitions, it’s hard to get a sense of the big picture. What happens when he gets hit with a power-puncher of Kovalev’s caliber? What happens late in a fight when he needs to thrive at a high level? Can he adapt? Can he take a great punch? Does he have enough other aspects to his game other than a great right hand to employ?

Bet the winner, distance and TKO Y/N at MyBookie

Yarde’s opposition has been pretty soft, comprised of domestic talent in Europe, with no wins on his resume that really jump out in terms of beating a good opponent. Now, he’s being thrown in against one of the top 175-pounders of this generation. A man who has taken on the best and thrived before at the highest possible level. And having fought hand-picked opposition and always in his homeland (other than one stateside appearance), he now has to fight an opponent who is exponentially better than anyone he ever fought, in Russia to boot. Coming into Kovalev’s homeland just adds another layer of difficulty for Yarde, who has a lot to overcome here, despite his vast offensive potential.

That’s not to say Yarde is without hope. After all, Kovalev isn’t getting any younger. He has shown he can be stopped and Yarde is a very strong puncher. That equation alone gives Yarde some realistic underdog appeal, even at this level. Despite his lack of experience and polish, Yarde is more than a mindless bomber. He can be pretty cute as he chops down his opposition. He moves well and has a good vision of the fight. But let’s face it; a lot of offensively-geared fighters have looked awesome when in the midst of a string of one-sided demolitions. And when they step up, and the other guy doesn’t go down, we see the shortcomings come more into the light. And before you know it, they’re lost at sea, and they get taken out. If Yarde’s offense doesn’t win the day, he is going to have to show he has the chin, defense, fight IQ, resolve, and stamina to win a more drawn-out championship fight. And without ever having seen him exhibit those virtues, how sure can one be that he possesses those traits?

With an esteemed longtime titleholder returning home for a ring appearance, Yarde is not being brought in there to win. On the one hand, Yarde isn’t looking to win a decision, so the judges being pro-Kovalev will likely not matter. But there are other ways the boxing machine can work against the imported B-side to a big fight. He will be in unfamiliar territory in a multitude of ways. And that’s before he even gets in the ring, where another collection of challenges await. And that’s not to say that it would be earth-shattering if Yarde went in there and blew out a past-his-prime Kovalev. But if Kovalev is able to avoid that fate, it becomes harder and harder to make a salient case for Yarde.

A lot of times when a fighter gets a lot of attention based on his offense, I tend to look at it a bit quizzically. And I’ve been proven wrong before and more than once. But even in other sports, offense gets the most attention. At this level, however, it often takes more to win. Kovalev is not only lethal offensively, but has shown he has the other less-celebrated aspects of the sport at his disposal. Sure, his time is coming. And Yarde could be the man to do it. I just sense this proposition being a bit too lofty for Yarde and I see Kovalev getting the job done.

I’m betting on Sergey Kovalev at -240 betting odds. Yarde is abundantly-dangerous. By the same token, he is untested, going on the road for a tough away game against an ultra-experienced and tough, hard-hitting champion. If Kovalev can avoid or withstand Yarde’s early attacks, I see him having too many tools and nuance for the green challenger.