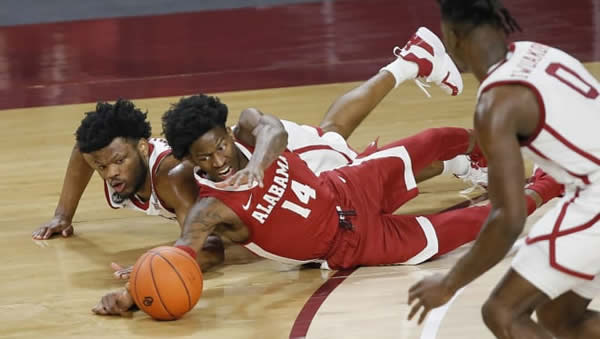 While most of Tuscaloosa will be focused on the football team going up against Georgia and trying to get to the College Football Playoff, Alabama basketball gets an opportunity to go up against a big name of its own. Had the Bulldogs not lost to Duke last week, Alabama would be in the interesting position of facing No. 1 in football and No. 1 in basketball on the same day. However, this should still be one of the biggest games in the Crimson Tide’s history and another big step for Nate Oats’ program in returning to the elite.

Gonzaga, of course, is already there and has been for two decades, and the Bulldogs are simply putting together their resume for another run at the crown. Gonzaga has certainly looked the part of a contender so far, with the only loss coming against a very talented Duke squad. The Bulldogs didn’t look like themselves against Tarleton State, however, so this will be key to see how the Bulldogs actually respond to adversity against a team that loves to run and will be more than happy to push the tempo with them.

Losing two key shooters from last year means that the Crimson Tide have had to relearn how to stroke it from deep, as Alabama only ranks 163rd in the nation in 3-point shooting this season. Yet the Tide are 11th in points scored, averaging 85.7 points per game. That’s because of two reasons: they get a lot of looks at the hoop and they’re usually quality shots from inside.

Alabama doesn’t shoot as well from deep as last year, but the Tide gets up and down the floor like nobody’s business and rebounds incredibly well, ranking fifth in rebounds nationally. Jaden Shackleford is the rare guard who also rebounds it well, as is Keon Ellis, as the two combine to average 13.7 rebounds a game for the Tide despite neither topping 6’6”. That sums up how Alabama plays in a nutshell: the Tide keep flying to the ball no matter where it is, and if you aren’t ready for their speed, you’re in trouble.

Like Alabama, Gonzaga’s shooting from deep is merely pedestrian. Unlike Alabama, Gonzaga has never really needed to score all that much from outside, because the Bulldogs shoot it so well that they put up lots of points without ever really bothering with the 3. Another big difference between the Tide and the Bulldogs is that Gonzaga actually has the legitimate size inside to dominate the interior, as Drew Timme and Chet Holmgren form a lethal combination of size and power inside that’s hard for teams to match.

But the Bulldogs could have a key weakness for Alabama to exploit: they sometimes play too fast for their own good. Gonzaga lost to Duke because the Blue Devils forced 17 turnovers, an Alabama plays even faster on defense than Duke does. If Gonzaga makes that many mistakes again, the upset potential is there.

More Picks: Get Joe Jensen’s top prop bet and against the spread winner >>>

Alabama will Cover If: The Tide can force the Bulldogs to turn the ball over. Alabama is not likely to get many second chances against Gonzaga’s rebounders, so the Tide have to rely on quickness. If Bama can get steals and get easy buckets, it will be able to hang around.

Gonzaga will Cover If: The Bulldogs can dominate the glass. Gonzaga has the height advantage in a way it didn’t have against Duke. Alabama cannot match the Bulldogs inside, so if Gonzaga does its job on the boards, it’s going to be hard for the Tide to keep this tight.

These teams love to run and will not stop for any reason. This total is high for a reason, but I don’t think it’s too high. This is going to look more like an NBA number, and I think this total will go over.

This is a lot of points, and Alabama is never really out of a game. Gonzaga is hard to bet against because the Bulldogs are capable of turning a tight game into a rout at a moment’s notice, but I think this one opens itself up too much to a backdoor cover. I’ll take the Tide and the points in a game I expect Gonzaga to win by two or three possessions.