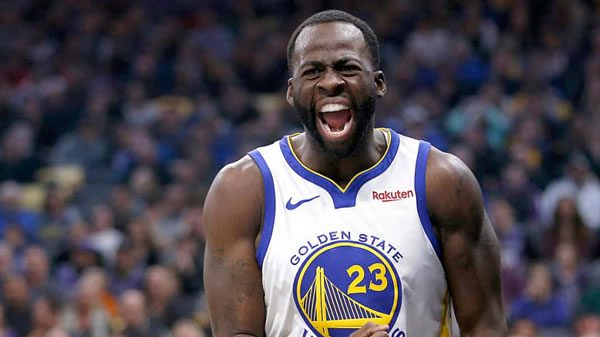 The San Antonio Spurs enter today’s game, having won 3 straight games. In their past 10 contests, the Spurs have played above .500 basketball, going 4-6. As the road team, San Antonio travels to Golden State with a negative plus-minus of rating -2.3 points. Overall the Spurs are ranked 16th among NBA teams in point differential (-1.8). Among NBA teams, they have played the 25th toughest schedule.

For bettors, taking the San Antonio Spurs to cover the spread has been a winning bet as they are covering in 55.00%% of their games. Their season-long plus-minus against the spread is 2.3.

On offense, the team’s leading scorer is PG Dejounte Murray. So far, Murray is averaging 18.9 points per game. This output places him 12th in his position group. Muray has also been San Antonio’s top rebounder at 8.4 boards per game. The Spurs’ best three-point shooter has been Doug McDermott, connecting on 2.08 shots from downtown per game.

The Golden State Warriors enter today’s game, having won 8 of their past 10 games. When playing at Chase Center, the Warriors are an above .500 team, having gone 12-1. As they get set to host the Spurs, Golden State has a positive home plus-minus of 17.0 points. Overall, the Warriors are ranked 1st among NBA teams in point differential (0.9). On the year, they are 21st in strength of schedule.

For bettors, taking the San Antonio Spurs to cover the spread has been a winning bet as they are covering the spread in 76.20% of their games. Their season-long plus-minus against the spread is 7.5.

On offense, the team’s leading scorer is PG Stephen Curry. So far, Curry is averaging 27.8 points per game. Curry is also the team’s best three-point shooter, connecting on 5.4 shots from downtown per game. Draymond Green has been in charge of cleaning up the glass, hauling in 7.95 boards per game.

The Spurs and Warriors both come into this game as two of the fastest-paced teams in the NBA. Through 20 games, San Antonio ranks 5th, averaging 100.2 possessions per game. This up-tempo pace only shows up in their 2-point field goal attempts, where they rank 1st. Compared to other team’s they are 30th in shot attempts behind the arc. Golden State is the complete opposite in where they put their offensive energy, heading into the game, they are 2nd in 3-point attempts.

Golden State comes into this game as one of the hottest teams in the NBA. On the year, they are the top-rated defensive unit, giving up just 100.3 points per contest. So far, they have been able to pair this with the 3rd ranked offense, averaging 113.4 points per game. A lot of this has to do with their ability to knock down the outside shot. Through 22 games, they are connecting at a rate of 37%, 3rd best in the NBA. Defensively, San Antionio allows opponents to hit 35% of their shots, placing them 20th in the league.

More Picks: Get Zank’s Chargers vs. Bengals Pick Versus the Spread >>>

This matchup between the Spurs and Warriors will be their first meeting of the season. Last year, the two teams met up for three games, with Golden State taking two of three..

89% are betting the Hawks against the spread.
56% are wagering on the game to go under the posted total of 220.

Although nearly every team has struggled to slow down Golden State this season, this matchup is especially bad for the Spurs. These two teams both like to push the tempo, but Golden State is able to pair this with efficient scoring. On the other hand, San Antonio needs extra possessions to overcome its offensive woes. Look for this game to play out as expected, Golden State will take advantage of the Spurs’ poor three-point defense.

I expect Steph Curry to continue with his hot start to the season. So far, Curry is hitting 41.8% of his shots from downtown, with an effective field goal percentage of 58%. Look for a big night from the former MVP.